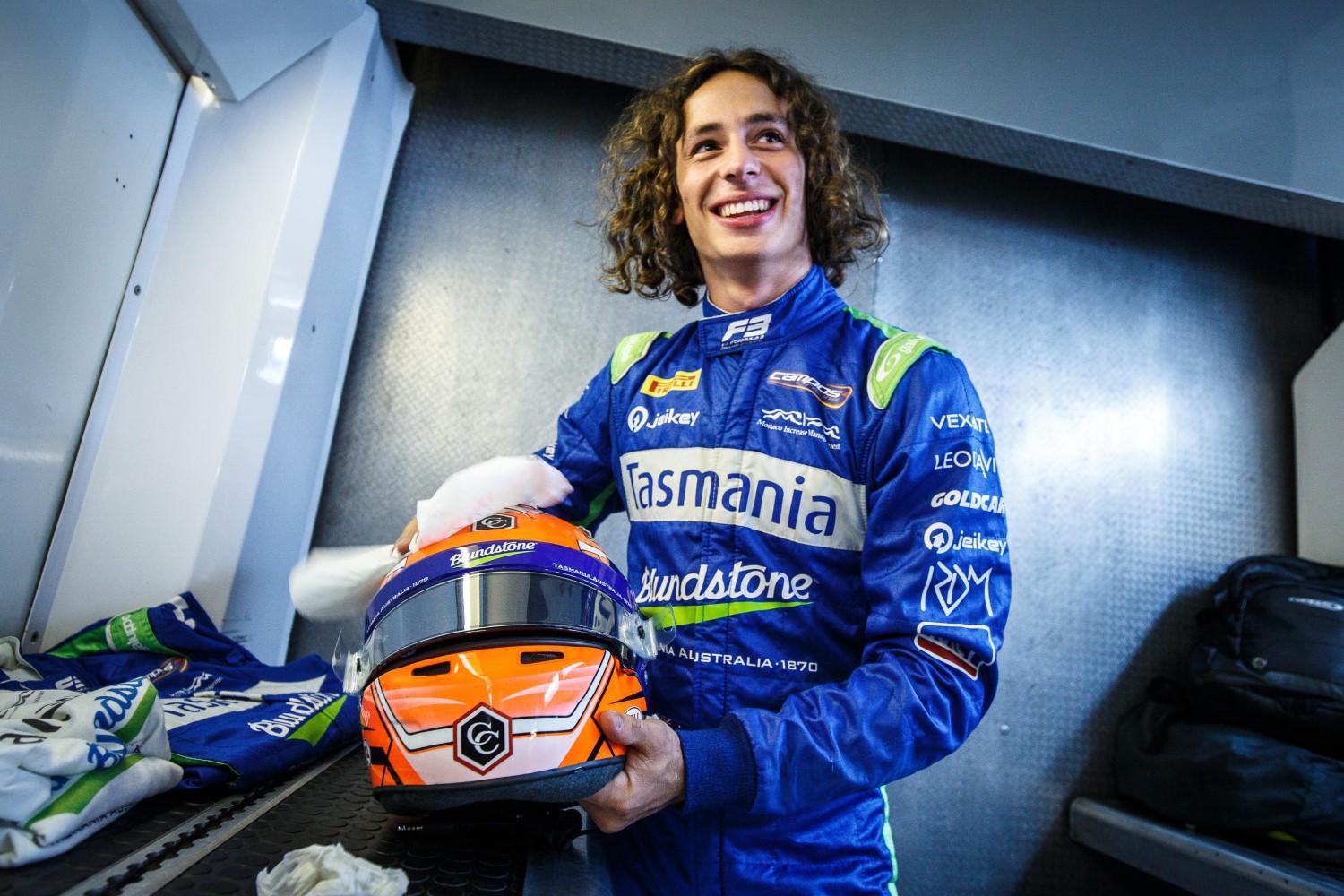 Alexander Peroni was in excellent shape ahead of the 2020 FIA Formula 3 campaign, scoring the fastest time overall in pre-season testing on the final day. The Campos racer’s time of 1:46.173 could not be matched across the three days, and he finished above Jake Hughes and Jack Doohan.

The Bahrain International Circuit was much clearer on the final day of testing, as the cars returned in warm, sunny conditions – a stark comparisons to the dust and wind experienced on Day 2. Hughes wasted no time in getting a fast lap under his belt, touring at 1:47.312 inside of the first 15 minutes. The Briton was backed up by Enzo Fittipaldi and Day 2’s quickest man, Liam Lawson.

The Kiwi was sent on another push and fired around to take the times below 1m 47s for the lead, before Finnish ace Niko Kari went four-hundredths quicker. Peroni clocked up 30 laps as focus shifted to long-runs and race simulations, with Kari continuing on top.

The Charouz racer wouldn’t be shifted in the morning session, finishing ahead of the continually impressive Lawson, as well as Logan Sargeant, Dennis Hauger and Hughes.

The teams returned for the final session and Carlin Buzz got the running underway with the first quick times of the afternoon, as their trio of Clement Novalak, Cameron Das and Enaam Ahmed took the top three spots in the table.

Long-runs again remained the focal point of the session as preparations for the first race of the season, here in Bahrain, ramped up. 573 laps were completed before the rhythm was broken by a red flag, due to Calan Williams stopping on track. When things got back underway, Kari was able to muscle his way into the top two, nestling in behind Novalak.

With 45 minutes to go, the faster laps began to fly in. The PREMA machine of Frederik Vesti went top, with the day’s first time of under 1m 47s, ahead of David Schumacher and Hughes.

The times took a further tumble as focus shifted from race runs to qualifying simulations for sections of the grid. Doohan, Hughes and Peroni all took turns at the top, with the laps creeping towards 1m 46s.

They didn’t quite break that marker in the final moments, but that won’t matter much to Peroni, who sets himself up nicely for his second season in F3, with the fastest lap

overall. The Campos racer finished ahead of Hughes and Doohan, with Sargeant and Richard Verschoor completing the top five. Sebastian Fernandez, Vesti, Alexander Smolyar, Novalak and Kari completed the top 10.

Next stop, Round 1! F3 will make its long-awaited racing return back in Bahrain in just over two weeks’ time. With pre-season testing completed and plenty of food for thought, all eyes will be on the 30-strong field to see who may be fighting for the Championship in 2020.