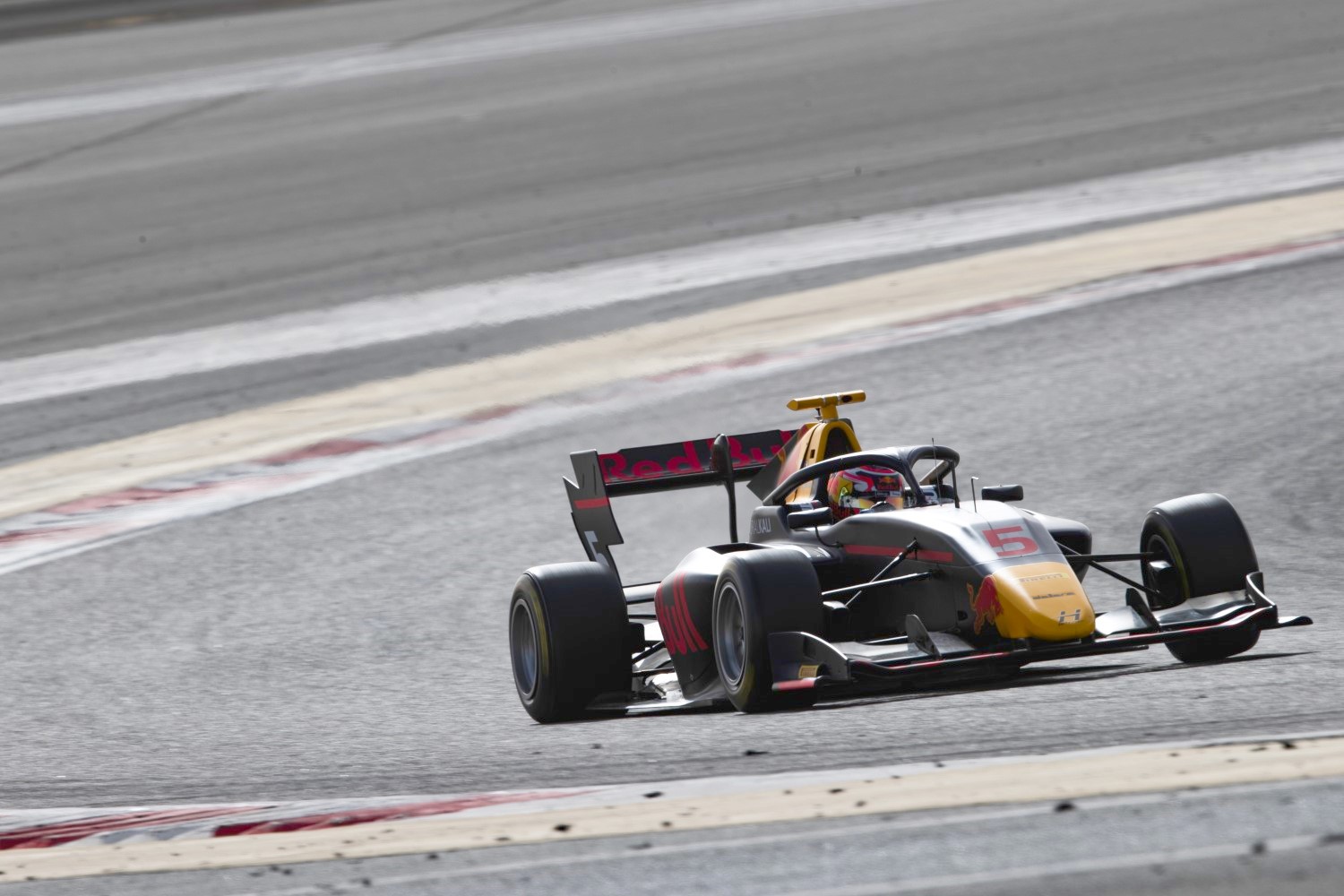 Liam Lawson put Hitech Grand Prix at the top of the standings for the second day of pre- season testing, with the Kiwi continuing to impress in his new surroundings, having made the switch from MP Motorsport. Clement Novalak came in at second, as Alex Peroni – who impressed with P2 yesterday – completed the top three.

There was a much dustier and drier feeling to the air on day two of pre-season testing, with extremely windy conditions, as the field began their installation laps of the Bahrain International Circuit. SebastiÃ¡n Fernandez and Sophia Florsch were amongst the first to enjoy a spot at the top of the times, as they showed initial flashes of speed.

Theo Pourchaire followed suit in the second ART and set the morning benchmark at 1:48.714. The Frenchman put in seven laps prior to the 20-minute mark, before heading back to the pits to discuss the data discovered from his runs.

Fernandez reclaimed the fastest lap from his teammate shortly before a brief pause in action, when Matteo Nannini stopped on track and brought out a red flag. Fernandez was propped up by Carlin Buzz rookie Novalak and ART teammate Pourchaire.

David Schumacher spent the majority of Day 1 around the midfield of the running order, but seemed much more settled on the second day, as he emerged in first with a time of 1m 47s with 45 minutes to go. The German wasn’t be budged from top spot and finished ahead of Fernandez and Niko Kari.

Nannini was one of 18 cars to hit the track straight away in the afternoon session, and the quickest too, with the Italian racer heading up a front trio with Peroni and Frederik Vesti.

Jake Hughes joined the field for the first time in testing, having missed the first day and half due to prior commitments, and was immediately quick.

In a similar fashion to Day 1, Hitech duo Lawson and Max Fewtrell flicked their pace on

like a switch and leapt to P1 and P2 with their first fast runs of the afternoon. The Kiwi spent a bulk of time at the top of the table, before being overtaken by Nannini, as the

Jenzer racer returned to the top.

With half an hour to go, the laptimes began to fly in. Pourchaire, Fernandez, and Devlin DeFrancesco all thundered round for fast laps, before Hughes once again took his turn at the summit, with a time of 1:47.200. The Briton was well and truly back in the swing of things, as he searched for ways to push both himself and HWA on in their second season in F3.

Novalak and Peroni followed this up with fast times of their own, as they overtook Hughes in the table with times beneath the 1m 47s mark. Lawson was able to fight his way back up to first, as the competitiveness increased and dropped below those set on Day 1.

The session was brought to a halt as Kari stopped on track, with too little time left to resume testing. That confirmed Lawson as the day’s fastest man, ahead of Novalak, Peroni, Logan Sargeant and Dennis Hauger. Completing the top ten were Oscar Piastri, Hughes, Pourchaire, Fernandez and DeFrancesco.

The field will have one final time to test out the cars before the start of the 2020 campaign tomorrow, on the final day of pre-season testing, starting at 9am.