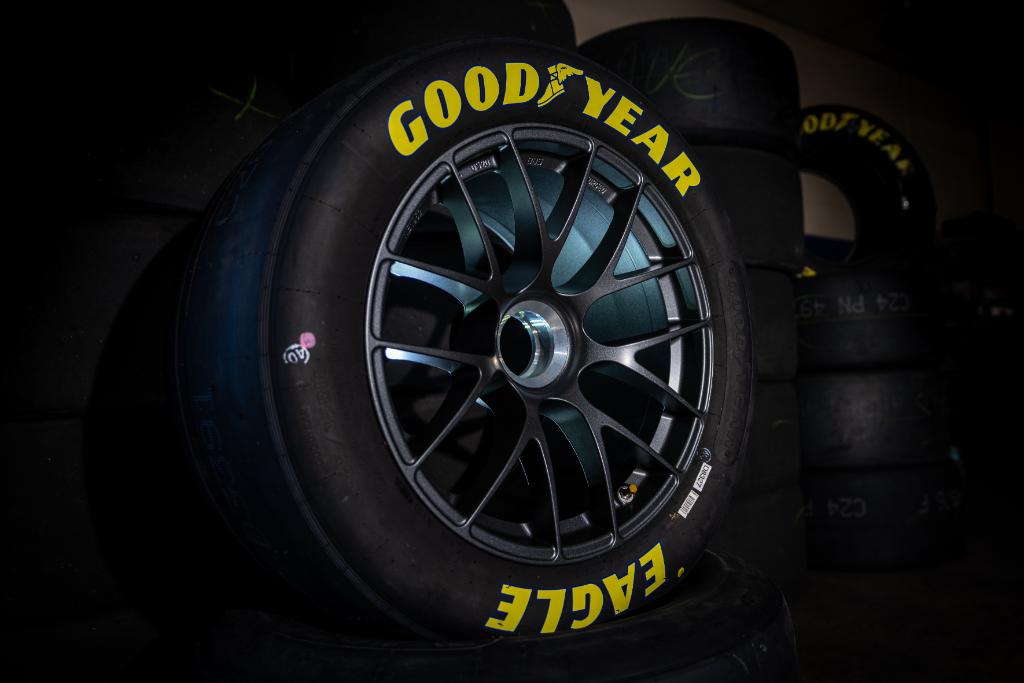 NASCAR officials announced Monday that the Next Gen car for the 2021 Cup Series will have a single, center-locking lug nut for its wheels.

The setup made its debut in the Next Gen prototype’s fourth on-track test, scheduled Monday and Tuesday at Auto Club Speedway. The three previous tests featured a larger aluminum wheel, but with the five-lug pattern that’s been used in NASCAR for decades.

John Probst, NASCAR Senior Vice President of Innovation and Racing Development, said the move away from a 15-inch steel wheel was part of an overall goal to provide more relevance and a stronger correlation to today’s production cars with an 18-inch wheel, but that a strong enough fastener that could hold up under high-speed conditions was a necessity.

“For us we felt like from a standpoint of the wheel is that we wanted to get to an 18-inch wheel, an aluminum wheel," Probst said. “Once you get to an 18-inch aluminum wheel, the next step for us is to make sure that from a durability standpoint under racing conditions is that it will accept the durability that we need to finish races and then also finish multiple races. To do that, the single nut was our only option."

William Byron was chosen as the driver for this week’s test, which features a new Next Gen prototype on the 2-mile California oval. As with previous tests, the wheels used in Next Gen testing were made by BBS, a German-based company that has its American headquarters in Braselton, Georgia. The wheelmaker has a long history in motorsports, particularly in IMSA and other forms of sports-car racing.

The look of a single-lug wheel will be a departure for the series, but other changes will be more miniscule. Probst indicated competition officials do not expect wholesale changes to the execution of pit stops, the five-person limit on crew members who go over the wall or team rosters overall.

“I think from a fan standpoint, the choreography of the pit stop will look unchanged," Probst said. “I think that a lot of times when we say single lug nut, people fear that it’s an open-wheel style pit stop where people will be on their knees waiting for the car to come in. We don’t intend to change anything with respect to how the pit-stop flow is executed.

While the over-the-wall personnel and their movements will be largely the same, other changes will become evident in 2021. Crew members won’t be able to change tires in the new setup in one-fifth of the time it takes now; the new, larger single lug will require more torque to properly fasten the wheel.

“On the on and off, they still have to keep the gun on — they can’t just cap it, it’s got to actually ratchet a few times before it actually gets tight," Probst said. “So today, good tire changers can take five lug nuts off or put them on in less than a second, say eight-tenths of a second to a second. They’re going to have to leave the gun on for probably at least a half a second, so if anything, they may be three-tenths (quicker) here and there, but it shouldn’t dramatically change the timing on the pit stop."

That extra torque is critical, especially with just one focal contact point for the wheel. In the current five-point system, the likelihood that one or more of those lug nuts aren’t optimally tight when changing tires quickly in race conditions is greater.

“The steel wheel is more forgiving and can handle loose wheels a little bit better," Probst said. “When we get to the aluminum wheel, we did some durability studies and if you leave lug nuts loose on an aluminum wheel, you reduce the durability of the wheel by around 30%. It’s more of, the aluminum wheel has less tolerance to loose lug nuts, so when we have one, there really is only one thing to concentrate on, and that is to get that lug nut tight. Then everything else from a durability standpoint is fine."

Another subtle change should affect teams’ pre-race routines. Crewmembers often glue multiple lug nuts onto their allotment of tire sets in advance, which sped up their placement during tire changes. The single-lug system should eliminate that race-day task in the Cup Series next season.

“One of the things when you look at the single nut, it actually is retained in the socket, so they’ll actually use the same single wheel nut for the entire race and likely multiple races," Probst said. “They’ll use the same lug the entire time, so the concept of gluing lug nuts to tires goes away, which creates some efficiencies for us. There’s times when we have to open up the garage or pit road early on race day for no other reason than for the race teams to glue up 11 sets of tires. They can just use the wheels as they are without being glued."