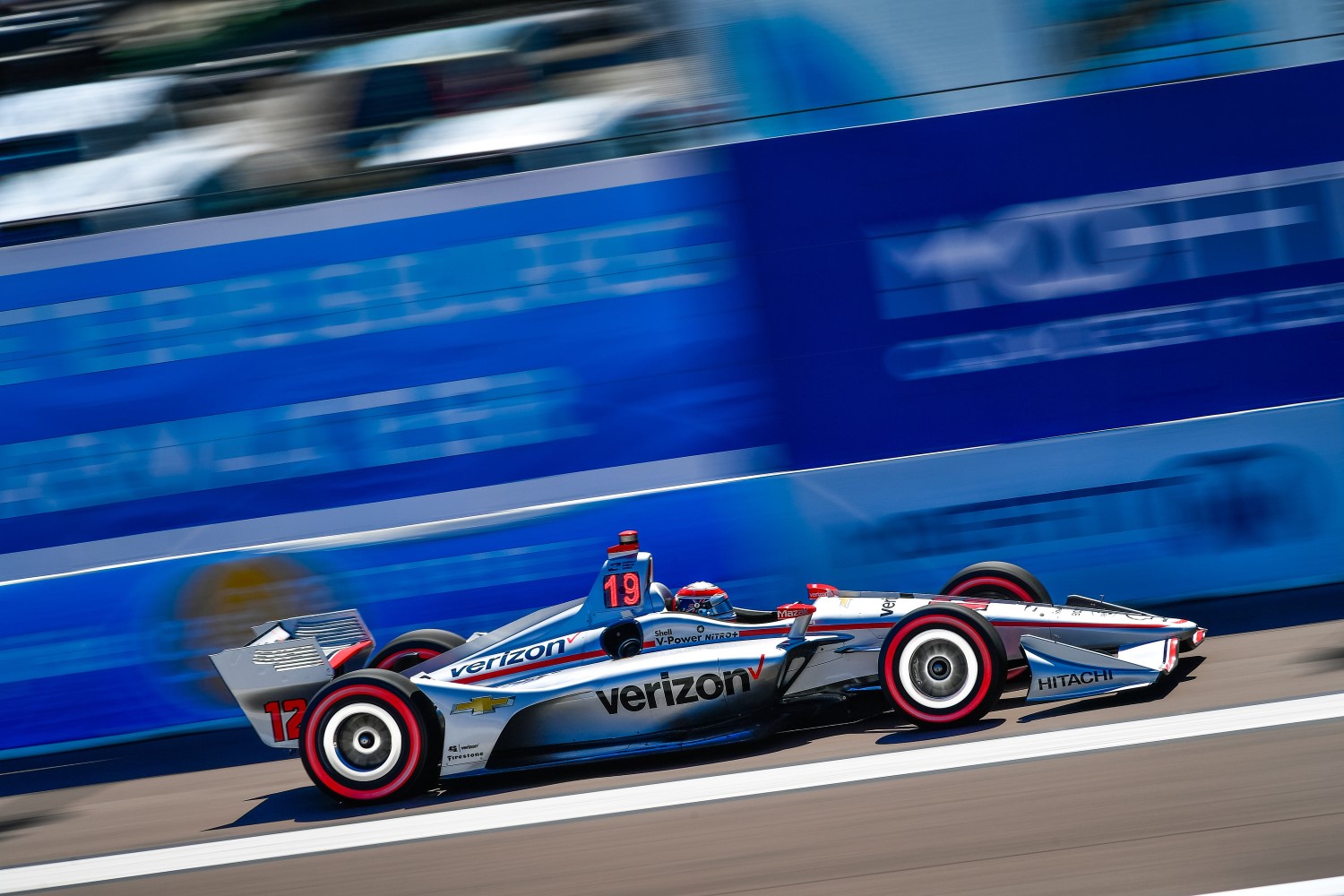 The new IndyCar aero kit makes the car look sleek and sexy. Drivers like the feel of the new car and it puts the driving more in their hands. IndyCar also made an upgrade to the LED panel that sits on the car, right behind the driver's head. The series has come a long way from the first panel that was taped onto the car late in the season about 4 years ago, showing the fans watching the race the running position of each car.

The next year the panel was more a part of the car and showed the time of a pit stop, the position on the race track and if the driver was using the push to pass.

AR1 met with IndyCar’s Jon Koskey, Director of Timing and Competition Technology to discuss how the display panels have evolved. Koskey has worked with Indycars for 20 years. He started working at IMS in the IT department in 1998. In 2003, he was asked to come over to IndyCar and lead the timing and scoring group.

“The first panel was more of a digit based, fixed digit panel that we introduced in 2015. It was like a digital watch system Which limited us to only numbers. When we tried to introduce some additional functions on the panel, like push to pass or relaying things to race control, like when the engine is stalled or engine is running or telling the safety team what gear the car was in, but we had to use the boundaries of that digital display.

[adinserter name="GOOGLE AD"]"Our thoughts were A, was there a way to make a more modern display with better fonts? And B, to do more with the display. We approached SPAA05, a company in the Netherlands which made the first panel, to do a more matrix based display, like a large screen similar to the Big Hoss in Texas. The pixels on that display are about 10 millimeters apart. So when you stand near them, you see a bunch of pixels, but if you stand back from them, you can see the resolution.

"We opted for a four millimeters resolution display. But one of the challenges with that technology it is hard to get them bright enough to see in the any type of light. Outdoor TVs consume a tremendous amount of power. We have to work within the boundaries of the power in the car.

"We had to do some tricks with the first digital panel which people really did not see. We actually had to flash it at certain rates to reduce the power on it. If you took pictures of it, you only saw certain segments on it. We only had one segment on at a time and that brought the power requirement down.

"When the new car came out, that gave us an opportunity to ask for more power to redesign our display. That is where SPAA05 came in with their expertise within the LED technology. They can build custom displays to work within the power.

"We ended up with a 38 pixel across by 35 pixel down display. We came up with a very simple process where we just store a JPEG of each number and other things we wanted to display. The system is operated out of the timing booth with a control laptop.

"It interfaces into our timing system and our X2 system, using the time lines around the track. When the cars are sitting on pit lane, we would also update those with via an antenna and a radio on pit lane. Every time they cross a time line, it updates the position. It gives it that ‘live’ feel.

"The first phase with the new panel was to get what we had on the old panel and improve some things. Like the push to pass, let’s get away from the ‘PP’ which was the only thing we could do on the old panel. Now we have these neat green arrows that come up on the car. The engine stall has a nice X graphic. The engine running has a nice circle graphic. We did that to help the safety crews so they could tell what gear the car was is in.

"Before we did that with a decimal point, it would be on if in neutral or flash the gear it was in, like if the car was in 4th gear, it would flash 4 times. The new panel will help get that car back on track quicker.

"This even helps race control because they can quickly say whether we need to go yellow or hey, the engine is running, let’s give the driver opportunity to get going on his own. In the past we would get telemetry and data but this makes it a quicker reaction for the Race Director. And he requested we use the big X.

"The biggest part of the panel is for the racing fan. The primary focus is to show what position the car is running in during the race. We are looking to put more graphics on the panel for the Indy 500. We also want a balance if the engine manufacturers or teams want to put something else on there. There are opportunities at times during races and practices to put something on there.

"It is interesting to hear the comments about how much bigger and brighter the numbers are on the new panel. But the panel size has not changed. We are able to put a font on it that makes it look larger, but the size from top to bottom and left to right are the same size as the previous panel."

With the new car and the improved technology, the panels are able to assist Race Control and the Safety Team. They also offer a better experience for race fans at the track and watching the event on TV.