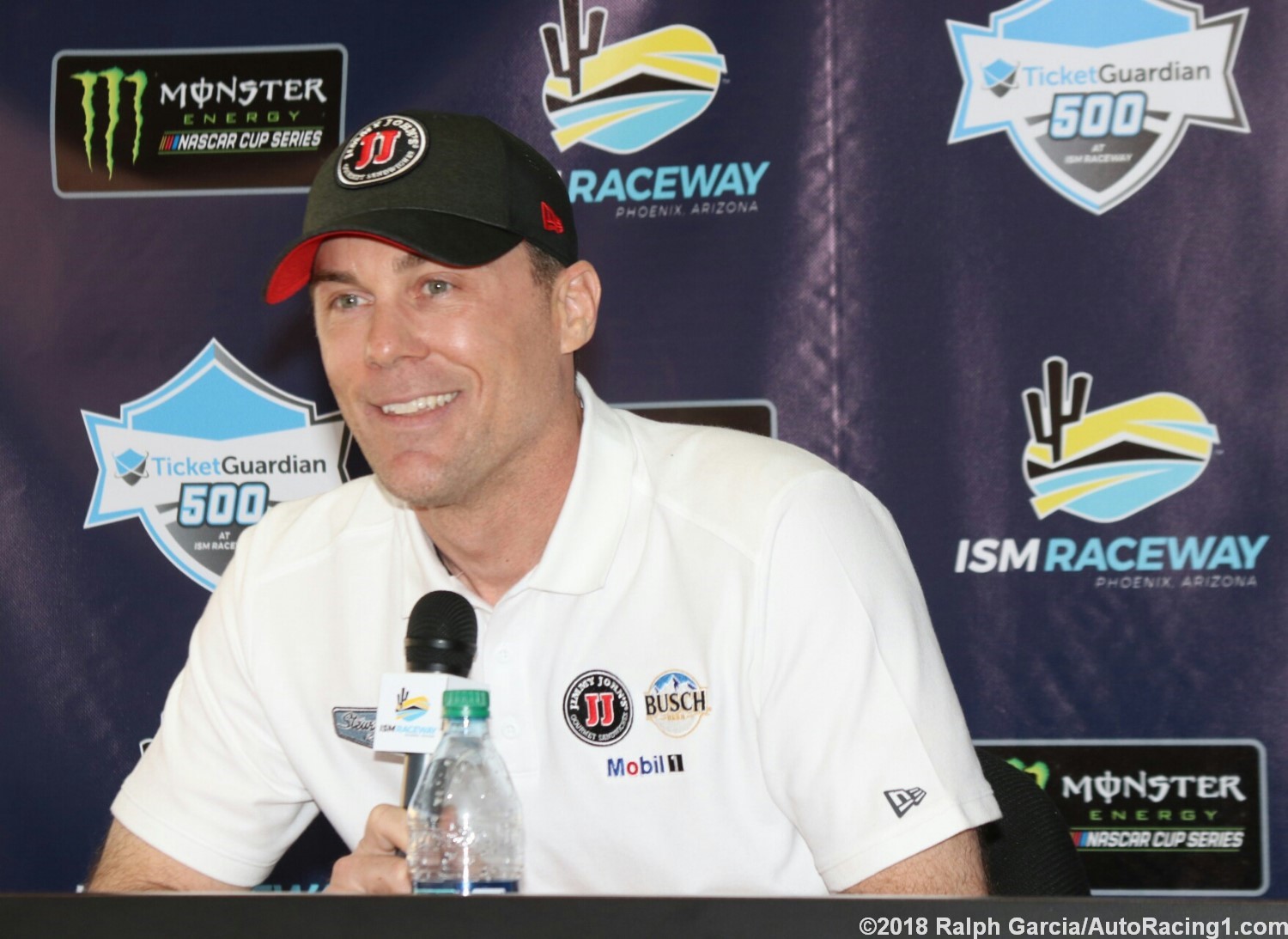 Kevin Harvick comes into Sunday's Monster Energy NASCAR Cup Series race looking to score an historic third-straight checkered flag, and he's not about to let the recent penalties that NASCAR has handed down to his team deter him in any way.

In fact, he says, it's even more of a motivator.

After staying largely silent most of the week after his victory last weekend at Las Vegas Motor Speedway was questioned, Harvick sounded off about the reasons behind NASCAR's ruling.

"As you look at the penalty itself it is very confusing," Harvick said. "The car was built to tolerance. The scary part for me is the fact that we went far enough to find something on the car at the NASCAR R&D center. They could find something wrong with every car if they took it apart for a whole day at the R&D center.

"It just motivates us. I can't wait to win another race and jump up and down in victory lane on the back of my car."

[adinserter name="GOOGLE AD"] NASCAR docked Harvick the seven championship points he earned last weekend at Las Vegas, and further penalized him and his Stewart-Haas Racing team 20 driver and owner points after a post-race examination of his race-winning No. 4 Ford from last weekend's race at Las Vegas found problems with the rear windshield braces that caused the rear windshield and the roof to buckle during the course of the race.

While the car initially passed post-race inspection at the track, the deficiencies were found after the car was taken back to NASCAR's Research and Development Center in Concord, N.C. for further examination. NASCAR regularly takes the top-three cars from the race back to the R&D center, as they did with Harvick's winning race car from Atlanta Motor Speedway two weeks ago, which Harvick was quick to point out had no issues.

"If you look at Atlanta, the car was there the week before," said Harvick. "Same team, same window bracing, same roof, same side skirts, same everything. It was in the R&D center the week before. It has been there 49 times in three years.

"If you have to find a technicality that is that deep, that is the thing that is frustrating from a team standpoint and especially the explanation when you look at the window bracing and the way the window is attached to the car. You could call that penalty on any car in the field at some point. I have had window braces smashed in the front of my car, several times. They fail all the time in the front.

The defect in the rear windshield and the roof were evident in photos and TV coverage from the race, which led to an uproar on social media, which Harvick believed is what led NASCAR to issue a penalty for an infraction Harvick believes happens all the time.

"The officials in the garage do a great job. It just feels like it is a micromanaged situation from above what these guys do in the garage, to appease people sitting on social media and trying to officiate a sporting event instead of letting these guys in the garage do what they do and do a great job with it week in and week out," said Harvick. "That is the frustrating part. When my crew chief left the R&D center, they felt there was nothing that they found or issues with the car and then you see the penalty pop up Wednesday night

"If we want to officiate it with fan pictures – if you want to officiate it with pictures during the race and call people to pit road and do those types of things, from a NASCAR standpoint I am fine with that. As long as it is consistent. As you can see, from a lot of the pictures roaming around on the internet this week, it is not consistent. You look at golf and the fan officiating and the chaos that it caused. I think you see some of the repercussions of finding a penalty that was big enough to make the car sufficient to have a fine big enough to appease everybody. That didn't work in golf. It won't work here."

Harvick and his team can still appeal the penalty, though no one from Stewart-Haas Racing has publically announced any decision to do so. The deadline to file an appeal is Monday.

"That is just way above my paygrade within the team," said Harvick on the decision to appeal. "I just try to take in what I can get from the team with where we stand on how we feel about the penalty and then we move on. That is really the reason that I am here today, to just address it all and move forward. From here on out, the team and NASCAR can handle all that."