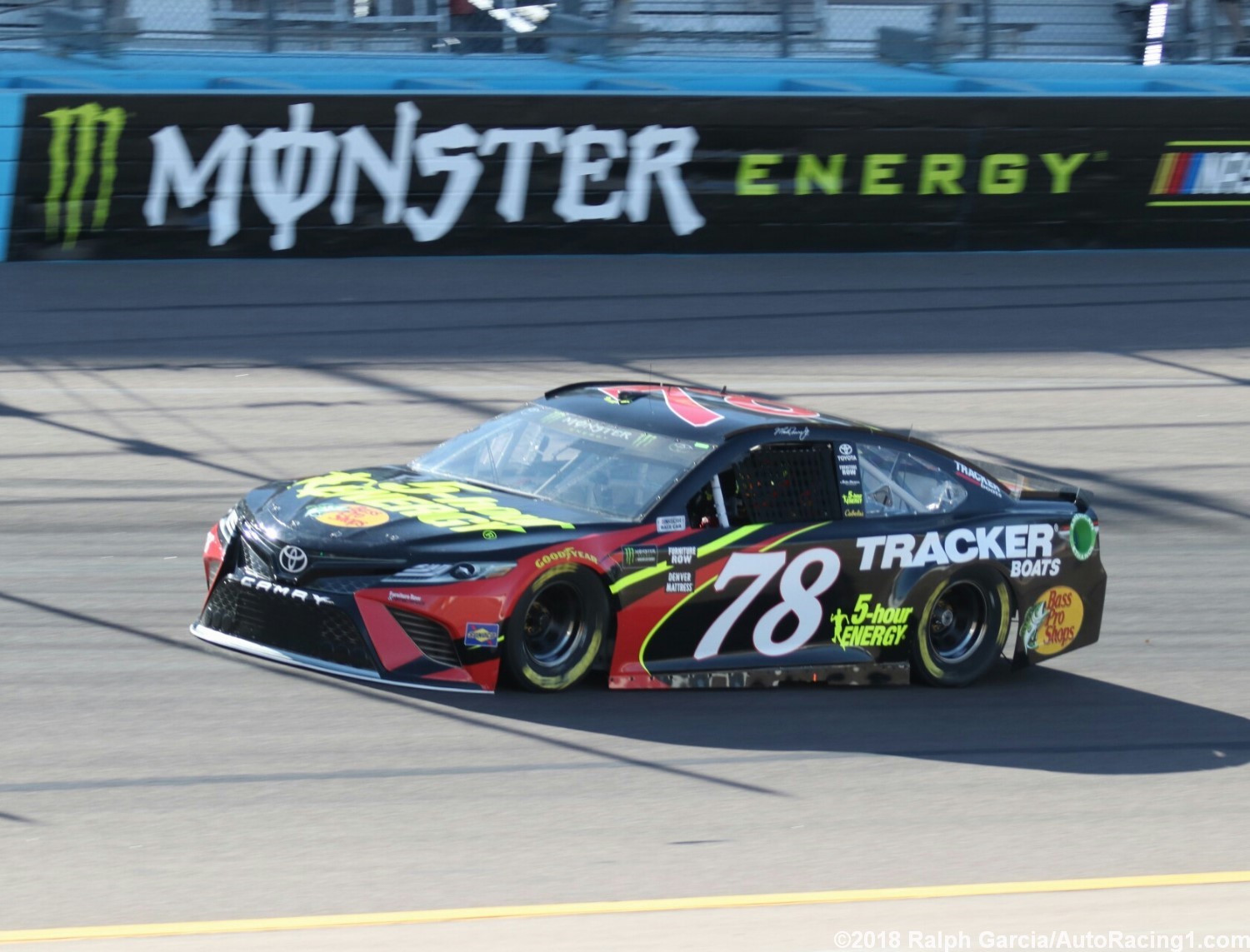 Saving his best lap for the final round of knockout qualifying on Friday at the one-mile track in the Sonoran Desert, Truex sped around the circuit in 26.288 seconds (136.945 mph) to win the pole position for Sunday’s TicketGuardian 500 (3:30 ET on FOX, MRN and SiriusXM NASCAR Radio).

Truex beat Kyle Larson (136.643 mph) by .058 seconds to earn his first pole of the season, his second at ISM Raceway and the 16th of his career. But Truex hadn’t claimed the top starting spot at ISM since he led the field to the green flag in the fall of 2009. Truex said a strong game plan and a variety of factors contributed to the pole-winning run for the No. 78 Furniture Row Racing Toyota.

“I think it was a little bit of everything," Truex said. “I wouldn’t say I held back that much the first two runs. But we really worked on our car in practice to try to be best in that third run and to understand what we needed to do for balance-wise throughout those three runs. Honestly, sometimes you just hit it right, and today all the stars lined up, and here we are.

“So many little things come in to play when you’re talking about how to pick up half of a tenth at the racetrack. Just a lot of little things and details that were done properly, and that’s what’s so fun about our team. We work together so well. They can tell me I’m not driving right, and I can tell them they’re not setting up the car right, and we can meet in the middle."

“Our Credit One Bank Chevy has been really good here the last few years and actually, I’m a little disappointed in second, because I always qualify good here," Larson said. “I think I’ve been like in the top eight every single time I’ve qualified at Phoenix (except for a 12th-place start in 2015) and still don’t have a pole yet.

“I thought today was going to be the day. I thought my first lap was okay, but Martin, obviously, their team hit it there for that final round. Sunday’s race will be fun. Like I said, we’ve been fast here the last few years, so it would be nice to close out the weekend with a win."

Denny Hamlin, Kyle Busch, Jamie McMurray, Erik Jones and Kevin Harvick completed spots six through 10 on the grid. Harvick is a record eight-time winner at ISM and is on a two-race winning streak this season entering Sunday’s event.

After laying down the fastest lap in Round 1, Jimmie Johnson failed to make it into the final 12-car round as he’ll start 17th in the No. 48 Hendrick Motorsports Chevrolet on Sunday.

Brad Keselowski was the biggest shocker of the day after failing to advance to the second knockout round. He’ll start 25th in the No. 2 Team Penske Ford.

The red flag was briefly displayed after Jeffrey Earnhardt hit the wall during the first round of group qualifying, locking up the brakes on his No. 00 Chevrolet going into Turn 3. He will start last in the 37-car field.

What was that qualifying run like to get the pole?

“It was a good run. We worked really hard coming here, knowing what we’ve done here in the past. We’ve run well, but we never could quite get it just right to go for the pole. I think we were fifth here last fall. We had a good game plan coming here and I had to adjust my driving a little bit and then adjusted the way they set the car up and it all played into our hands. Just really proud of everybody on this 5-hour ENERGY/Bass Pro Toyota and definitely a good starting spot."

Did you do any race runs in today’s practice session or just focus on qualifying?

“That practice was so short today, we just stuck with qualifying trim. We actually were on one set of the tires the whole time as well so we have plenty of tires to practice on tomorrow and get ready for Sunday."

Take us through your pole-winning lap.

“Well it was a good day overall for us. We’ve qualified okay here in the past but we always felt like we were just missing a little bit of something in Turns 3 and 4. We really came here concentrating on trying to fix that and had a game plan not only with the car set up but the driving style and what I needed to do to be better and just worked on that throughout practice. And here are. Just a really good job by everyone on our team to understand what we needed to do to get better and execute."

Were you saving your car for that final round?

“I think it was a little bit of everything. I wouldn’t say I held back that much the first two runs. But we really worked on our car in practice to try to be best in that third run and to understand what we needed to do for balance-wise throughout those three runs. Honestly, sometimes you just hit it right and today all the stars lined up and here we are. So many little things come in to play when you’re talking about how to pick up half of a tenth of the racetrack. Just a lot of little things and details that were done properly and that’s what’s so fun about our team. We work together so well. They can tell me I am not driving right and I can tell them they’re not setting up the car right and we can meet in the middle. And things to seem to more than not work out. So that’s a lot of fun. It’s neat to come to racetrack and do these types of things."

What do you think about the trend of social media and the role its played lately?

“I don’t know. Everyone is going to have their own opinion on it. Certainly Twitter especially is a huge knee-jerk reaction. Not only from people reacting to it but just talk on there in general. It’s everyone’s thoughts as they’re fired up about something. It’s their initial thoughts and they can say them to the world. I think you have to understand how to take those comments and those kind of things that come out. I don’t know how all this stuff is going to change in the future or not change. I think right now NASCAR is kind of in a tough spot to police certain things as we’ve seen in the past week. I don’t know, I leave it up to them. They seem to be doing an okay job with it. Social media is pretty crazy in general."

By coming here twice can you use the previous race as a setup for this race?

“I would say that from year to year you kind of work around the same type of setup you’ve run good. If you didn’t run good last time, you’re going to change it up totally. But I think consistently if you run good, you stick with the same basic thoughts and tweak things from there based on the tire difference, track changing a little bit, the weather conditions or the rules we’re running that will affect the balance of the racecar. I’d say you use a similar thought process especially if you run good but you make quite a bit of changes here and there to try to optimize everything."