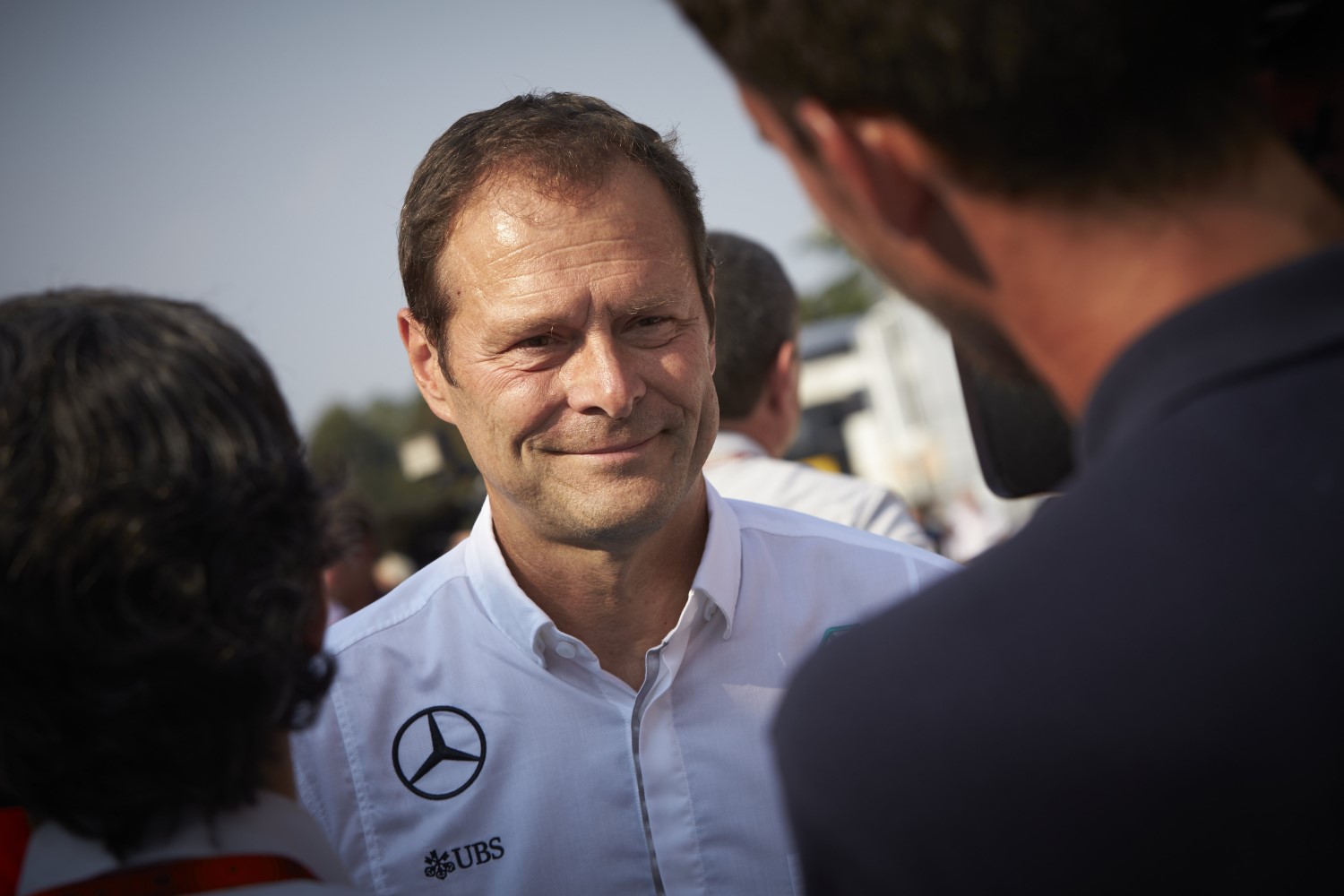 The British media likes to fawn over Adrian Newey, but in fact Aldo Costa designed cars have won as many F1 World Driving titles (ten) as Newey and the two are tied for the most in history. However, Costa has 12 constructor championships under his belt, and this is tops in F1.

The table below are the cars Costa has led the design on. We are already predicting that Lewis Hamilton will be the 2018 Word Champion after looking at the design (see feature article) of the 2018 Mercedes at it's launch today. Costa and his team have produced another winner and it will be Costa's 13th championship winning design, and 11th World Driving title.

Who is Aldo Costa?

Aldo Costa is Engineering Director of Mercedes-AMG Petronas Motorsport, a winner of 12 Formula One World Constructors’ Championship titles and a veteran of 28 years in the sport.

When asked to describe his role in layman’s terms, Aldo replied: “I’m in charge of the car design and development program, and I manage the group of designers responsible for that".

Born in Parma, Italy, Aldo studied mechanical engineering at Bologna University. He joined Abarth in 1987 as a stress engineer, before getting his big motorsport break the next year, being recruited to the Minardi F1 Team.

After a single year at Minardi, Aldo was promoted to Chief Designer at just 27 years old. He went on to oversee the team’s most successful period in Formula One, when the team scored six points and finished seventh overall in the championship in 1991.

Aldo realized a dream in 1996, joining Scuderia Ferrari as Head of Design Office. As part of the Ferrari ‘dream team’ of the late 1990s and early 2000s, Aldo celebrated six Constructors’ title wins on the bounce between 1999 and 2004.

Promoted to Technical Director, Aldo added two further titles to his list of honors in 2007 and 2008, before eventually departing for pastures new in 2011 after 15 years with the prancing horse.

That new challenge would come at Brackley, where he joined Mercedes-AMG Petronas Motorsport – a team Aldo describes as “passionate, respectful and determined" – in 2012 as Engineering Director. Since then, Aldo has played a central role in the success of the team, claiming four Championship doubles in 2014, 2015, 2016 and 2017.

His favorite moment from his time at the team so far? “Obviously the first championship won with the team is the moment you never forget."

In total, cars designed under Aldo’s stewardship have won over 175 Grands Prix and counting…