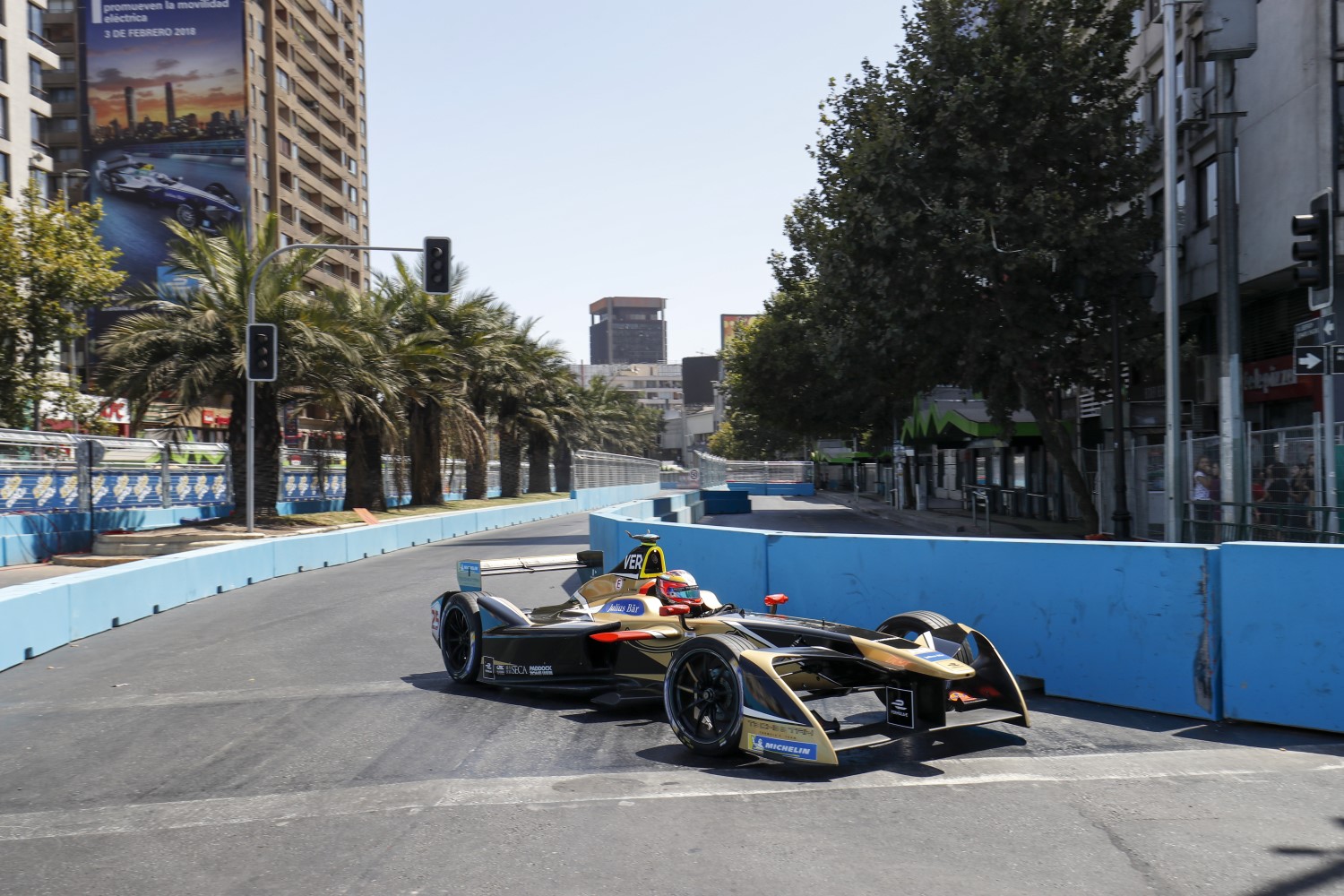 For the first time in ABB FIA Formula E history, Techeetah drivers Jean-Eric Vergne and Andre Lotterer finished first and second in an exhilarating inaugural E-Prix on the streets of Santiago.

"That was great fun!" said an ecstatic Vergne as he took the checkered flag. "It's racing in the end and I had a lot of pace in the car. He knows exactly how to defend!" said Lotterer justifying his numerous attacks on his teammate. "A one-two win, buddies, and podiums – life is good!" said added Lotterer.

As a customer team, Techeetah are limited to just three test days – while other manufacturers get 15, making the double win all the more impressive.

[adinserter name="GOOGLE AD"]In third place was Renault e.dams' Sebastien Buemi who dropped a place after starting the race in second place. "in general, I'm a bit disappointed. Third place is always good but a bit disappointed to be behind our customer team," said Buemi.

Despite Dragon driver Jose Maria Lopez crashing out on lap one – bringing out the Qualcomm safety car for the following three laps, JEV led the way from the his Pole position start. Leading the way, Panasonic Jaguar Racing's Nelson Piquet Jr.. was sandwiched in between the two Techeetah's in the opening laps keeping close on Vergne's tail, and even making contact with the leader's rear fender.

Stuck in the middle of the pack in the, Mahindra Racing's Felix Rosenqvist – the championship leader – made steady progress towards the front, finishing the race in fourth.

Disappointingly, both Audi Sport Abt Schaeffler drivers suffered technical issues, with Daniel Abt pitting just 13 laps into the race. Shortly after pitting, di Grassi ground to a halt on track, plagued with technical problems yet again. Despite being the reigning champion, the Brazilian has not had a trouble-free race since the final round of season three, leaving him four rounds in with no points on the board.

With no minimum pit stop time – in contrast to previous rounds – the clock was ticking for the drivers as they battled to make the car change faster than their opponents.

Well into the second half of the race it the Techeetahs held the lead, with rookie driver Andre Lotterer trailing his teammate by just over a second. Progressively closing the gap towards the end of the race, Lotterer turned on his teammate with the top step of the podium firmly in mind.

On lap 28, DS Virgin Racing's Alex Lynn retired from the race while Sebastien Buemi and Nelson Piquet Jr. battled it out. Eventually, Buemi made him on Turn 4 of lap 32.

Continuing his attack, and with just four laps to go, Lotterer plowed into the back of his teammate, very nearly sending the race leader (Vergne) into the wall on Turn 5.

But it wasn't enough to hamper the team's chances of its historic one-two finish here on the streets of Santiago.