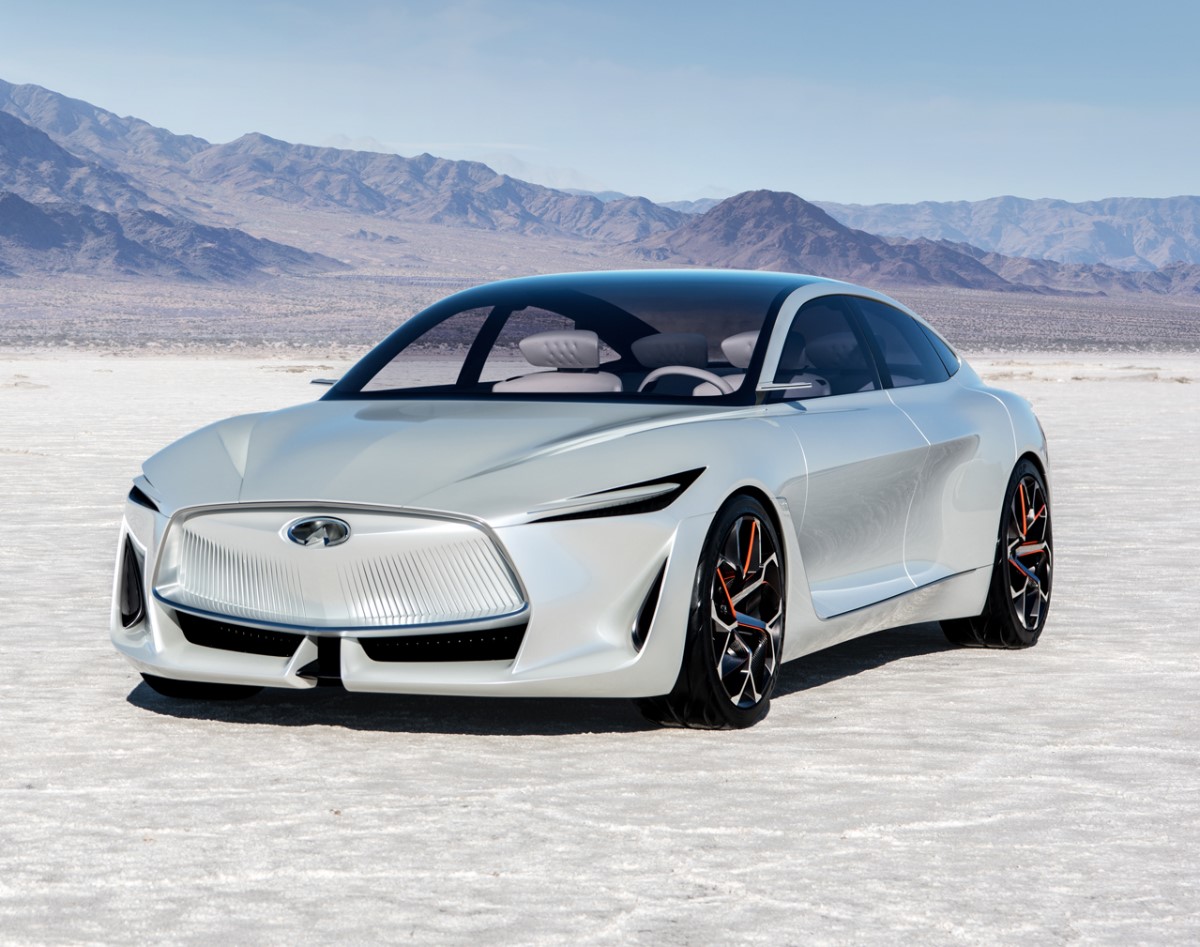 Previewing a new generation of INFINITI vehicles, the Q Inspiration Concept proposes how an innovative VC-Turbo powertrain, next-level autonomous drive technologies, and a unique human-centric interior could enrich the experience of drivers in the mid-size sedan segment. The Q Inspiration Concept is meant to demonstrate future technologies and will not be available for sale.

Representing the next step in INFINITI design, the exterior of the Q Inspiration Concept features clear and concise lines with dynamic and confident proportions. It is the first manifestation of INFINITI's new form language for an era of advanced powertrains. The concept eschews classical sedan forms with its coupe-like appearance and elongated silhouette, presenting INFINITI's design vision for vehicles in this segment.

The cabin follows a minimalist approach, with a concise and clean interior design enveloping the driver and passengers in a serene and comfortable environment. The intelligently packaged four-cylinder VC-Turbo has liberated INFINITI's designers from the constraints of powertrain architecture to realize a spacious interior. Modern technology and craftsmanship merge inside the cabin, presented in a way that enables, rather than distracts, the driver.

New ProPILOT functionality liberates the driver from mundane and stressful driving situations. Realizing the next stage in vehicle autonomy for INFINITI, ProPILOT enables drivers to delegate more stressful driving tasks to the car, and enjoy an enhanced ability to respond to hazards. With the system acting as a co-pilot, the driver always retains ultimate control.

"The premium sedan segment has become rather conservative. The INFINITI Q Inspiration previews something that could appeal to a younger audience, who seek modern design and new technologies to inspire and empower them."
Christian Meunier, INFINITI Global Division Vice President