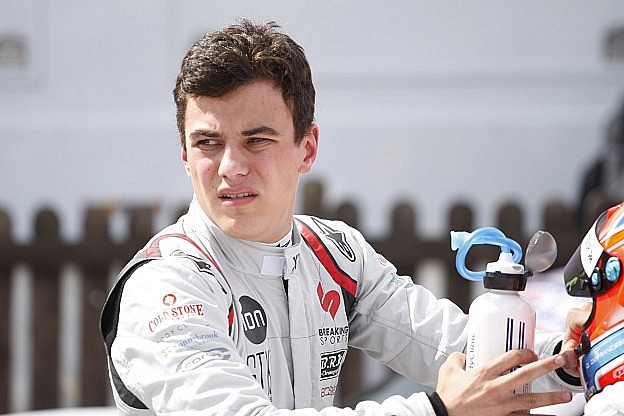 Amongst a plethora of new faces in FIA Formula 3, it was the returning partnership of Devlin DeFrancesco and Trident who finished as top dogs on the first day of pre-season testing in Bahrain.

The Canadian is one of just five drivers to return to their 2019 seats for the new season and edged out two of the others for first, with Alexander Peroni and Richard Verschoor finishing narrowly behind.

The drivers made their long-awaited return to the track in cool, early morning sunshine and most of the grid opted to head out early doors. Lining up with Dutch compatriot’s MP Motorsport, Bent Viscaal will be pleased with his new partnership, having become the first driver of 2020 to sit in first, with an initial time of 2:22.673.

The first true time of the morning was set by Enzo Fittipaldi though. The Brazilian had previously tested with both PREMA and Charouz, but seemed instantly at home in the HWA RACELAB machine, chopping the fastest lap down to 1:48.469. His teammate, Jake Hughes, was forced to miss the first day of testing due to prior commitments. The Briton will make his return in the afternoon session of Day 2.

Viscaal returned to the top on the 90-minute mark, narrowly beating out Dutch teammate Richard Verschoor by taking the time under 1m 48s. Alexander Smolyar briefly topped the times before Hitech Grand Prix switched on the style and sent Max Fewtrell and Liam Lawson out for fast laps. The duo obliged by going one-two in the standings.

A productive morning for MP Motorsport was capped off by Viscaal once more, as the Dutchman returned to first place ahead of lunch with a time of 1:47.146, propped up by teammate Verschoor.

Trident started out the afternoon session on the front foot, as one of their new recruits, Lirim Zendeli, set the early pace as the cars returned to track. Enjoying her first full testing stint in F3, Sophia FlÃ¶rsch showed the grid what she could do by beating out her fellow German to take P1.

In a similar fashion to the morning session, Hitech flicked the switch and turned things up a notch, with Lawson and Fewtrell going first and second with their first quick laps of the afternoon, taking the times to below 1m 48s.

From there, DeFrancesco and Igor Fraga both took turns at the top. Alex Peroni briefly dived in front of the duo, before the Canadian snatched back the position. Their jostling for first was fleetingly interrupted by a red flag for Théo Pourchaire, who had stopped on track.

With just three minutes remaining, only a few of the drivers dove out for one final tour, which left DeFrancesco sitting pretty in first place at the end of the session. The Canadian was followed by Peroni, Verschoor, SebastiÃ¡n FernÃ¡ndez and Pourchaire, who completed the top five. Joining them in the top ten were Viscaal, Smolyar, Zendeli, Fraga and Niko Kari.

Trident will be hoping DeFrancesco continues in the same rich vein of form when the cars return for the second of three days tomorrow, at 9am.