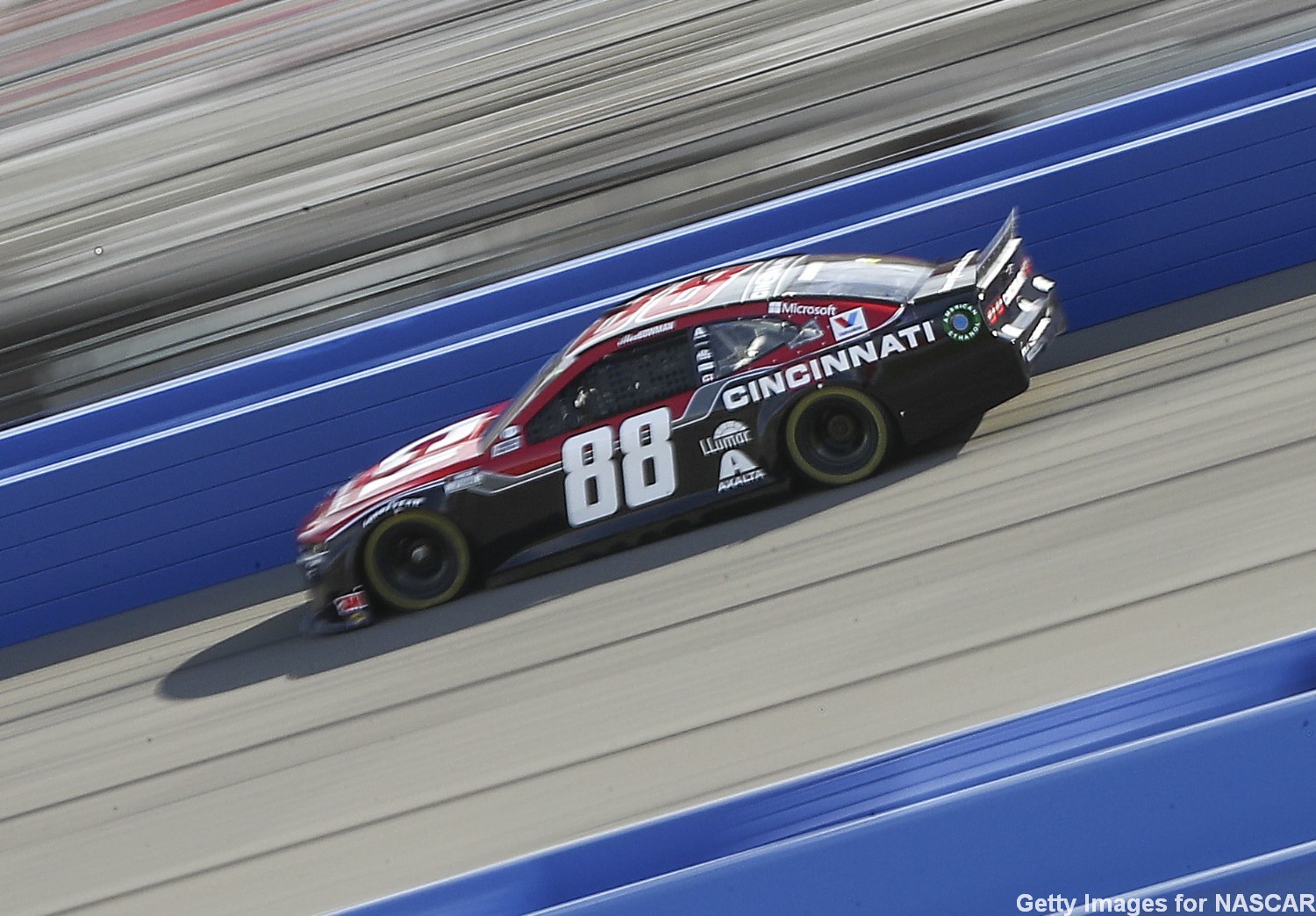 Bowman backed up his opening practice performance with a 176.626 mph in the No. 88 Hendrick Motorsports Chevrolet. He was just ahead of Ryan Blaney, who posted the second-best speed at 176.186 mph in the No. 12 Team Penske Ford.

Bubba Wallace logged a 176.177 mph lap in the Richard Petty Motorsports’ No. 43 Chevrolet to place third on the leaderboard in the final tune-up for Sunday’s Auto Club 400 (3:30 p.m. ET, FOX, MRN, SiriusXM NASCAR Radio). Kurt Busch and rookie Christopher Bell filled out the top five in that order in the 50-minute final run.

Kyle Busch, a four-time Auto Club winner, was 10th fastest, but his Joe Gibbs Racing crew was forced into repair mode after the No. 18 Toyota scraped the outside retaining wall roughly 15 minutes into the final session. He returned to the track with minimal right-side damage.

02/28/20 Alex Bowman swooped to the top of the NASCAR Cup Series leaderboard Friday in opening practice at Auto Club Speedway.

Former Auto Club winner Kyle Larson posted the second-fastest lap at 177.703 mph in Chip Ganassi Racing’s No. 42 Chevrolet. Rookie Tyler Reddick, Kurt Busch and Matt DiBenedetto completed the top five in order in the 50-minute tune-up. The top four were all in Chevrolets.

Daytona 500 champ Denny Hamlin was 12th fastest in the No. 11 Joe Gibbs Racing Toyota. Ross Chastain, making his second straight substitute start in place of the injured Ryan Newman, notched the 14th-best lap in the No. 6 Roush Fenway Racing Ford.

Final Cup Series practice is scheduled at 5:35 p.m. ET, with Busch Pole Qualifying set for Saturday at 2:35 p.m. ET. Both sessions are to be broadcast on FS1.