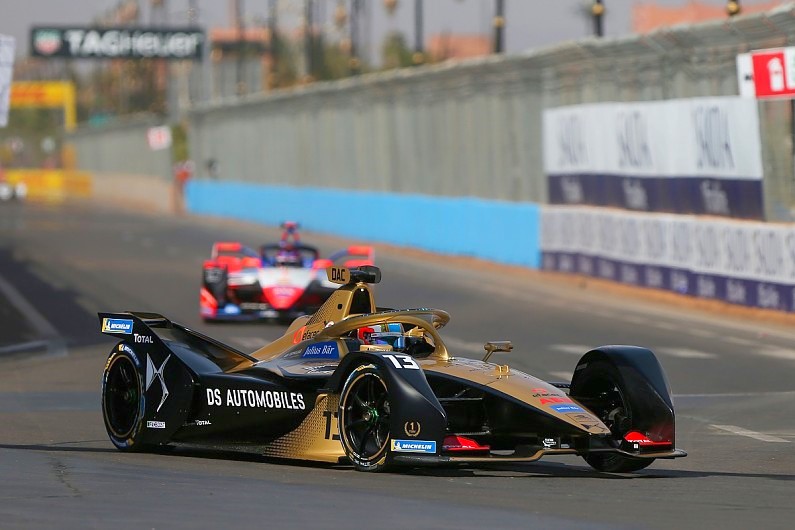 In the heat of the Moroccan sun, it was DS Techeetah's Antonio Felix da Costa who led the way in Practice 1 with a best time of 1:17.863s. The Portuguese driver was followed by current championship leader Mitch Evans (Panasonic Jaguar Racing) with a time of 1:17.966s and BMW i Andretti Motorsport's Max Guenther with a time of 1:18.062s.

Despite making it out to Marrakesh, reigning champion Jean-Eric Vergne failed to take part in the Practice session, reportedly due to illness, while the team's test and development driver James Rossiter filled in for the Frenchman ahead of the main event.

Half of the pack finished the session within a second of each other, while TAG Heuer Porsche Formula E driver Neel Jani, Mercedes-Benz EQ's Stoffel Vandoorne and NIO 333's Ma Qinghua set the slowest lap times, with Ma over four seconds off the pace of Da Costa.