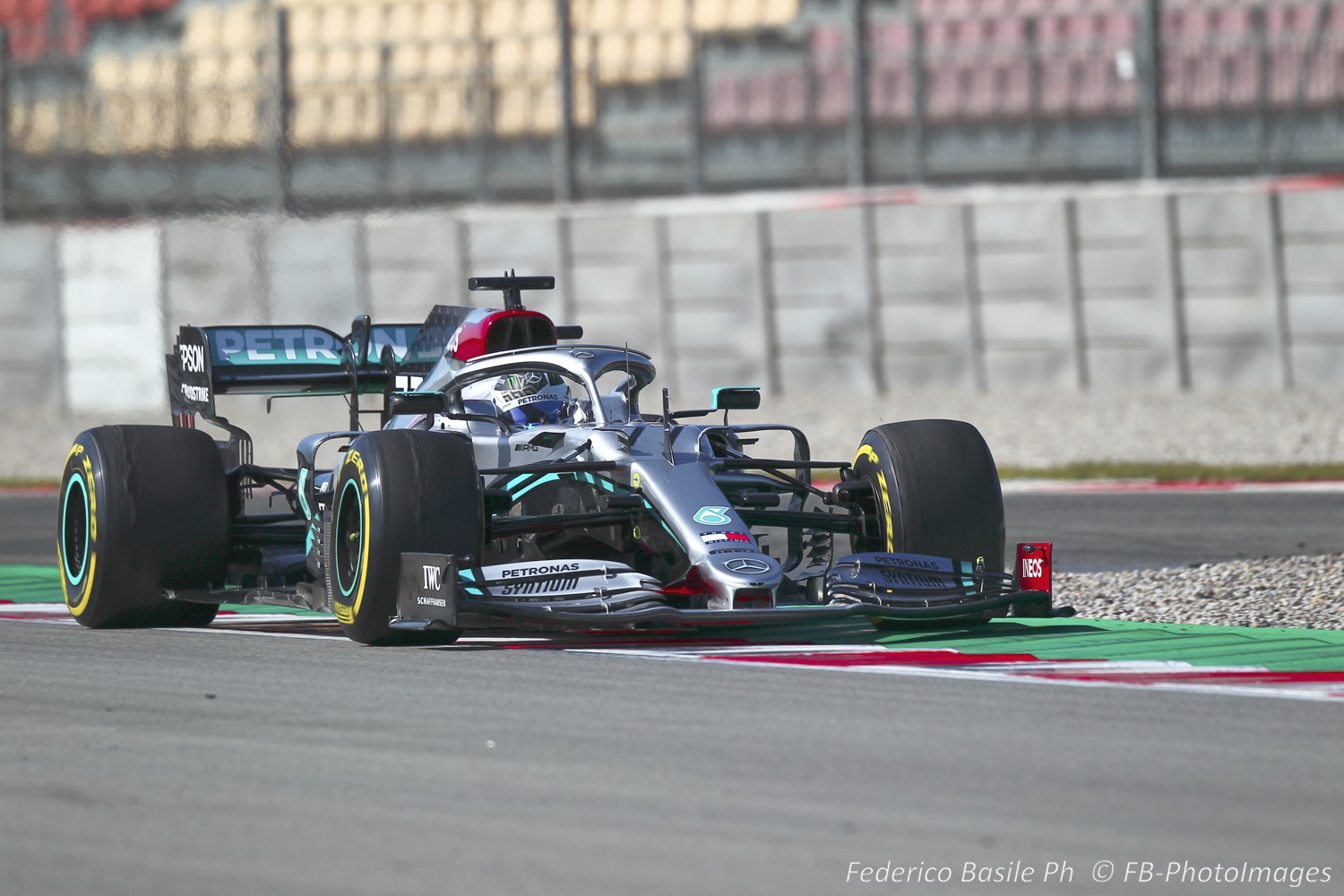 Valtteri Bottas completed the final day 6 of Formula 1 pre-season testing fastest, ending the day with a 1m16.196s to go with his time last Friday of 1m15.732s – the fastest over the 6 days.

Max Verstappen was 2nd quick for the week on C4 tires just 0.073s down on Bottas and fairly impressive given the C4 is harder than Bottas' C5

Daniel Ricciardo's time from the morning was good enough to preserve third overall, while Charles Leclerc collected the fourth-best time having focused on reliability with 181 laps throughout the day – almost three race distances at the Barcelona circuit.

Lewis Hamilton
We made it through testing! It's crazy how quickly these past two weeks have gone. It's been intense, with a huge amount of work from everybody at the track and back home at the factories. The car's feeling like a step forward from last year, but it's clear we've still got a few issues we need to iron out ahead of Melbourne. I've got total confidence in the team and know they'll be doing everything they can to make sure we arrive in Australia in a good place. The start of the new season comes around so quickly and now we go racing in just two weeks' time. I can't wait.

Valtteri Bottas
That's it for pre-season testing for another year. I think we can be happy that we've made the most of it, only missing out on a few miles to some small issues. I've already got a nice feeling with the car and it's been good to get the chance to get comfortable with the long and short runs, and practice some starts too. I feel like we've made a step forward in most areas and it's been a successful test. As always we'll be focusing on our own performance and we've got two important weeks coming up now ahead of the first race to put what we've learnt from the test into action.

James Allison Mercedes Technical Director
It feels good to wrap up testing at the top of the leaderboard and end two intense weeks for the team with a decent final day on track. We worked through our program without any hitches today, and spent some time figuring out how best to prepare the tires for single lap runs. The car's been pretty strong throughout the whole of winter testing and it's been an exciting period for us exploring its potential. We clearly still have some more work to do on the reliability to get us up to the standard that we expect by the start of the season. But if we can do that then I think we've got a decent chance of a good showing in Melbourne.

Mattia Binotto, Ferrari Team Principal
“I am satisfied with how these winter tests have gone, from the completed program to the way the team has worked. We approached these two test sessions in a very different way from last year, using the first three days to get to know our car in all the possible configurations. Over the last two days, we have carried out race weekend simulations with Sebastian and Charles. I believe the performance over a dry lap isn’t yet where we want it to be – while the indications are relatively better when it comes to reliability and long runs too, albeit not yet positive enough. We will head back to Maranello with a huge amount of data to analyze in the knowledge that we have a range of work to do. But as a team we feel ready for the Australian Grand Prix, which will give us a clearer idea of where we stand."

George Russell
It was a productive day and we got in almost all the laps we wanted to. We had a good morning doing qualifying simulations and managed a race simulation in the afternoon. We got plenty of laps on the board and it was good preparation ahead of Australia. No doubt we are in a better position than last year, but we’re not going to get carried away. I am optimistic that we can go to Melbourne and be in the fight, but until we get there we won’t know for sure. From both myself and everyone at the team, we are going to go there and do our best to get everything out of the car.

Alex Albon
It’s been a really solid and smooth six days of testing. We’ve pushed the mileage and completed a lot of laps, testing and experimenting with a lot of development parts and everything is looking good. We have a lot of data to look through but we now have more of an understanding of the car and we’ve definitely found some good things, so it’s been a positive test. Mercedes are clearly very quick and there’s more to see from Ferrari, so it’s hard to know for sure where everyone stands at this point. We’ve been happy with the car since day one and it felt strong from the first lap, but we won’t know where we are until we get to Melbourne. I can’t believe it’s already time to go racing, I’m excited and now I can’t wait to get out there.

Max Verstappen
I definitely feel ready for Melbourne and the last two weeks have been a good preparation. We tried everything we wanted to over the six days which is very important from our side, so I’m happy with that. Overall, I can’t complain but that doesn’t mean we should stop the hard work and there are always things to improve. No car is ever perfect, especially at this stage in the season, so we will keep pushing to make improvements. Me and Alex had a few moments but I’m not worried and I want to find the limit of the car in testing instead of at the first race. It’s better this way rather than being caught out and realizing there is more pace in the car in Melbourne. Mercedes also look very fast as expected but I don’t really look too much at them as nobody knows exactly what they are doing, so it’s better to focus on ourselves. Overall I think the pace looks pretty good, it’s been a positive start and I hope it’s enough to be competitive in Melbourne.