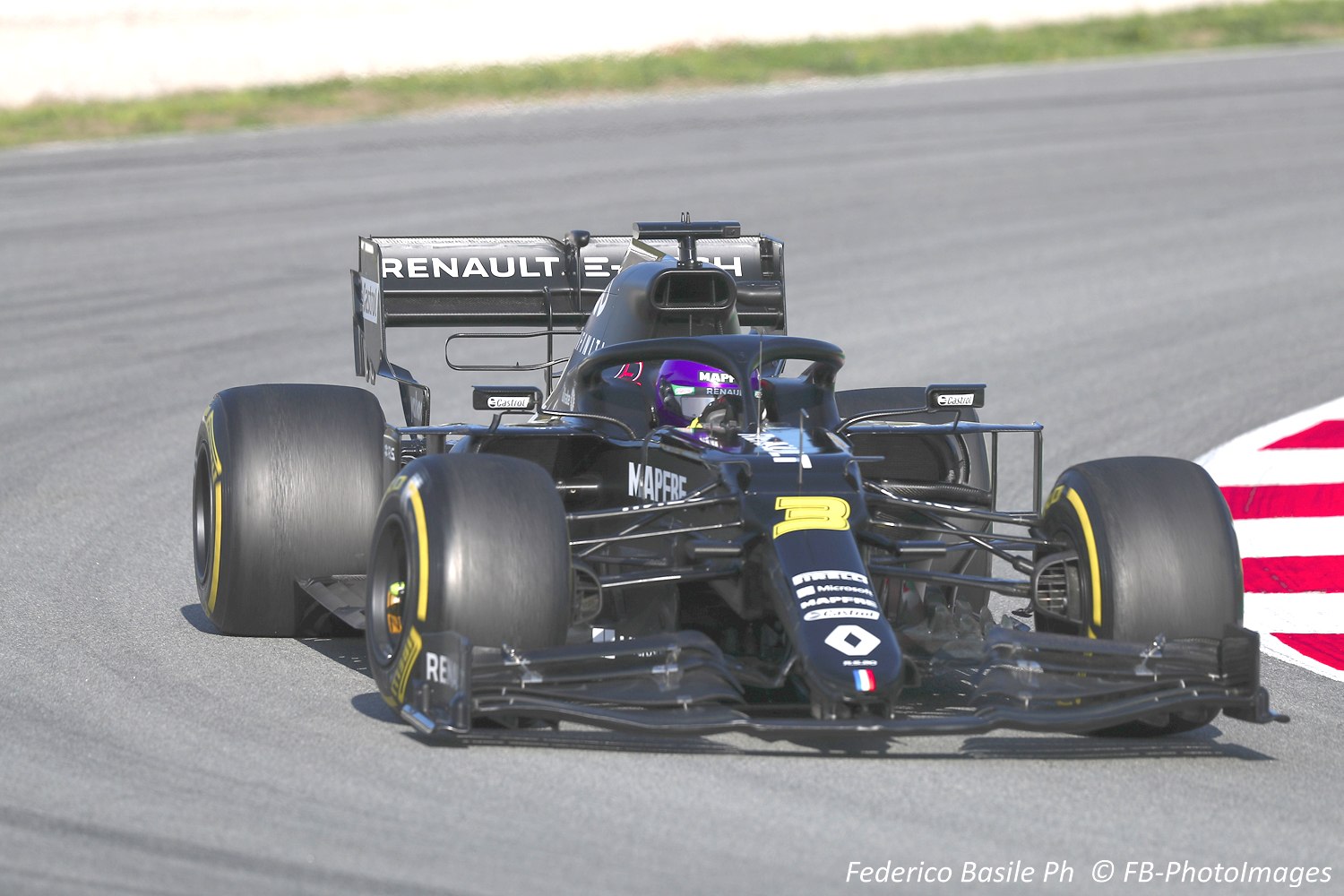 The Renault driver went out late on with a fresh set of the C5 tires and shot to the top of the times with the second-best time of testing of a 1m16.276s – just 0.084s faster than the Ferrari of Charles Leclerc and 0.134s faster than Lewis Hamilton. All were on the softest tire.