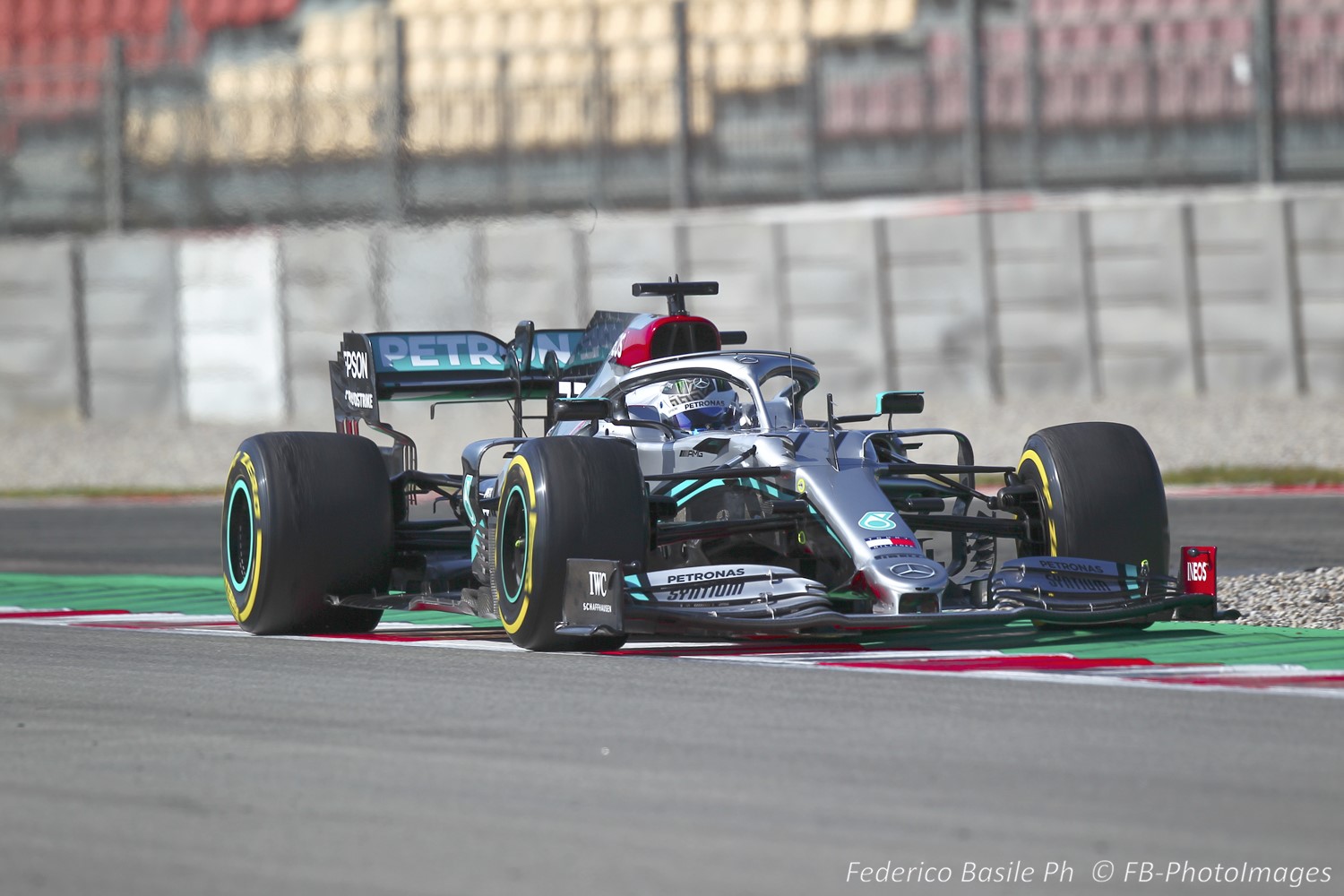 (GMM) Although Mercedes' new DAS-equipped 2020 car has wowed onlookers in Barcelona, the Achilles heel may be the engine.

Engine customer Williams expressed frustration this week about repeated problems with the 2020 Mercedes engine in testing.

Appearing to confirm that there may be a deeper problem, Lewis Hamilton stopped on track in the works car on Thursday with an oil pressure problem.

Some are wondering if the German marque is struggling with the clampdown on the oil consumption rules, as the FIA tries to end the exploitation of this grey area.

Ferrari has also had an oil-related problem with its 2020 engine in Barcelona, but Mattia Binotto insisted: "The problem is under control."

But with Ferrari customers Alfa Romeo and Haas faster in a straight line, some suspect the Maranello based team is deliberately running in lower power modes during testing.

Sebastian Vettel, however – finally at the top of the timesheets on Thursday – revealed: "We have also turned up the performance now and then, but in laps when no one was looking."

Red Bull-Honda boss Christian Horner said: "It looks like they are hiding until the end.

"They raised expectations so high last year that they seem to be doing the exact opposite this time."

For its part, Ferrari denies it is sandbagging: "It is not true that we have reduced our performance," said boss Binotto.

Vettel commented: "I stick to the fact that the car generally feels better, but we are generating too much drag so we are not as fast on the straights as we want.

"Mercedes appears to be in a fairly comfortable position, but we are a strong team as well and we can react."

Wolff does not even disagree with that, declaring: "Red Bull is not playing with the fuel, so it's easier to analyze them.

"We believe they may be a little stronger than Ferrari but we'll see in Melbourne."

Valtteri Bottas, Hamilton's teammate at Mercedes, agrees that it is very difficult to read into the 2020 pecking order.

"Only the teams themselves know exactly what they have up their sleeves," said the Finn.

"Formula 1 can be a strange game, so you shouldn't take the comments of the people at tests too seriously."

Finally, having kept an otherwise low profile this winter, Max Verstappen has been told by his Red Bull boss Dr Helmut Marko to stop spinning the car.

"I told him that five is enough now," Marko told Motorsport-Magazin.com.