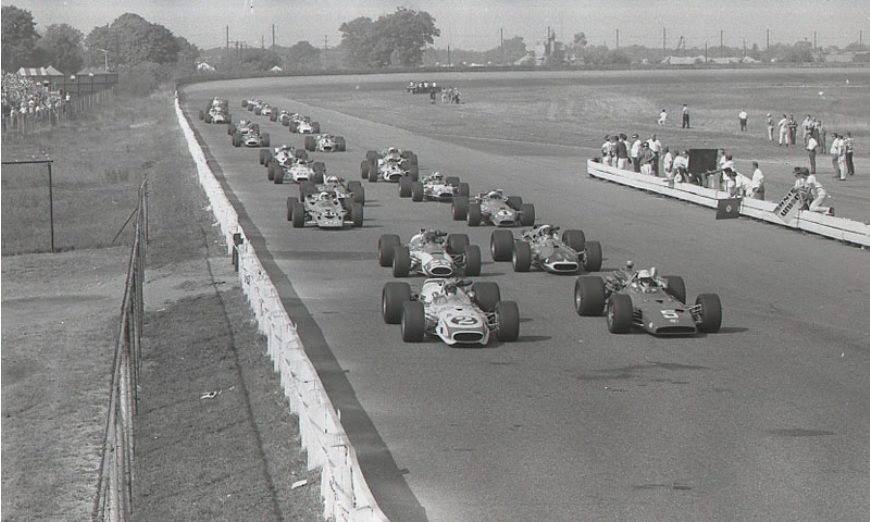 The first race at the Trenton Speedway at the NJ State Fairgrounds was held on September 24, 1900 (11 years before the first Indy 500), but there was no further racing there until 1907.

The track closed in 1980 after Roger Penske decided to build Nazareth Speedway instead of buying Trenton Speedway. Nazareth eventually went belly up as well.

In this video from 1957 – highlights from a 500-mile stock car on the Trenton 1-mile oval – the first year it was paved. The following year the race was sanctioned by NASCAR and Fireball Robert won. Of course AAA and USAC sanctioned race were there before that.