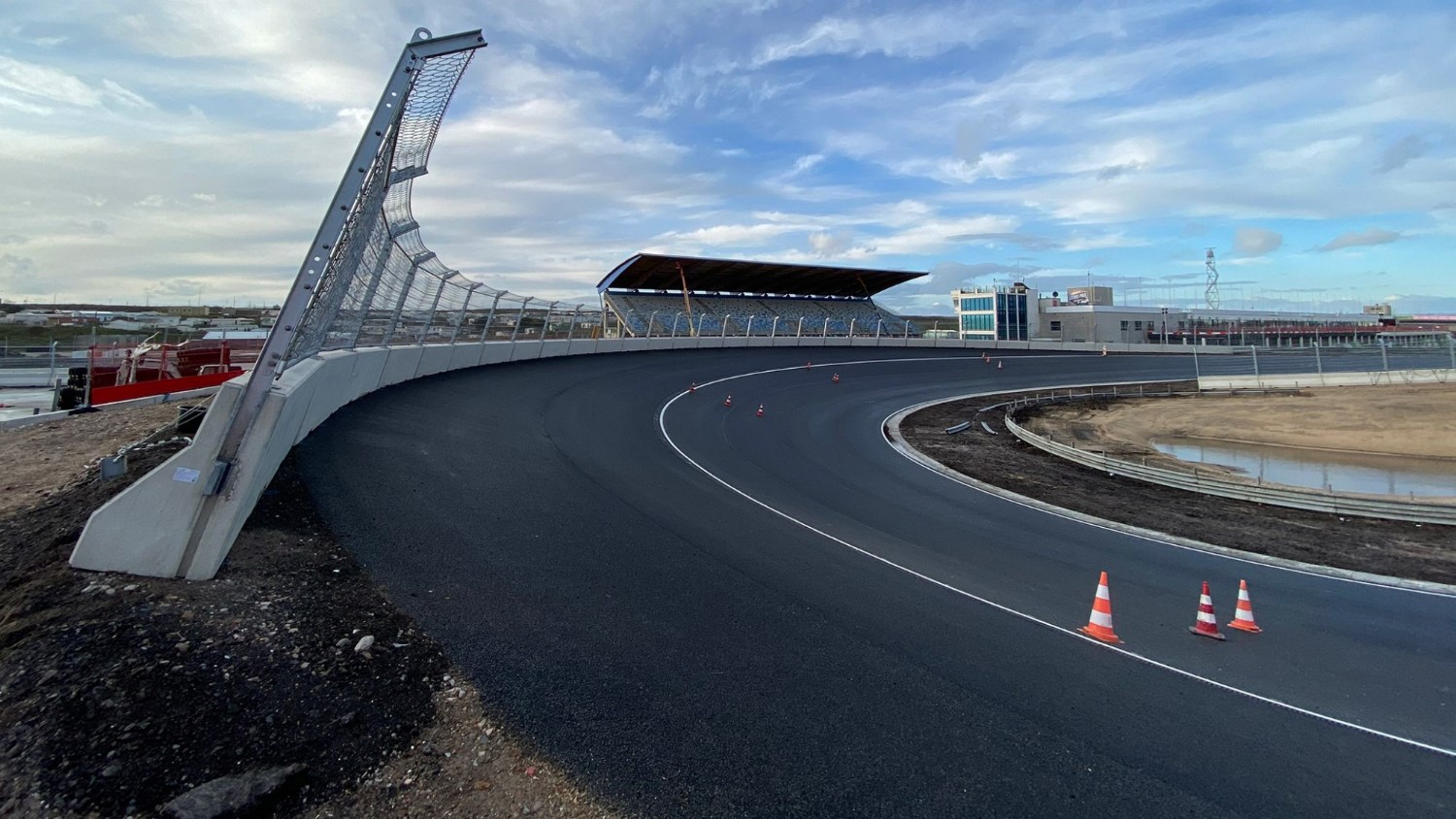 The Zandvoort circuit set to host the Dutch Grand Prix has released images of the banked corners it hopes will become an iconic feature of the new race.

Banked corners are commonplace in oval racing but are rarely used on modern F1 circuits. Zandvoort has already revealed its two banked corners will be at an angle of around 19 degrees — double that of the corners at the famous Indianapolis Motor Speedway, host of the Indy 500.

These will be located at two parts of the circuit, Turn 3 and 14. The Dutch Grand Prix will be held on May 3.

Dromo, the company tasked with redesigning Zandvoort, said the circuit will be a unique part of the F1 calendar.

"We did something that we thought would be really formidable to drive, that has no equal at any other racetracks," said Jarno Zaffelli of Dromo. "Turn 14 is quite ample and wide, making it full throttle, whereas the transition between Turn 2 and Turn 3 has a lot of elevation and banking changes.

"All of your horizon is tilting, all of your perception is evolving, you feel like you are being squeezed. It's like being in a corkscrew, depending on the line that you are following."

F1 tire supplier Pirelli has been using the ongoing preseason tests at Barcelona's Circuit de Catalunya to experiment a new construction made for the challenge of banked corners. On Wednesday morning, the fourth day of preseason, several drivers took to the circuit with a prototype front tire construction of the 'C2' compound.

Pirelli is assessing the data ahead of the race at Zandvoort.

"This prototype has been designed with a slightly different construction as we are still analyzing data coming from Zandvoort," Pirelli F1 chief Mario Isola told the media this week. "We made some analysis on the banking and the plan is to use these tires with a slightly higher pressure.

"In preparation for that, and as we are not fully aware of everything – we don't have final data on the circuit, on Tarmac roughness and so on — the idea is also to test a slightly different construction here [in Barcelona]."

The prototype front tires are designed to be more resistant in terms of integrity.

Isola has downplayed suggestions Pirelli is panicking about how its existing compounds will do at Zandvoort.

"It was discussed with the FIA and agreed with the FIA. I do not want to hear comments of 'panic'. There is no panic. There is nothing. If you have any questions, it's better to clarify. It is part of a serious and professional process where we need to be ready.

"I'm sure finally we will go with normal tires, with upper grade prescriptions [harder compounds] but we prefer also to test the drivability of different constructions, and we have the opportunity here in Barcelona." ESPN