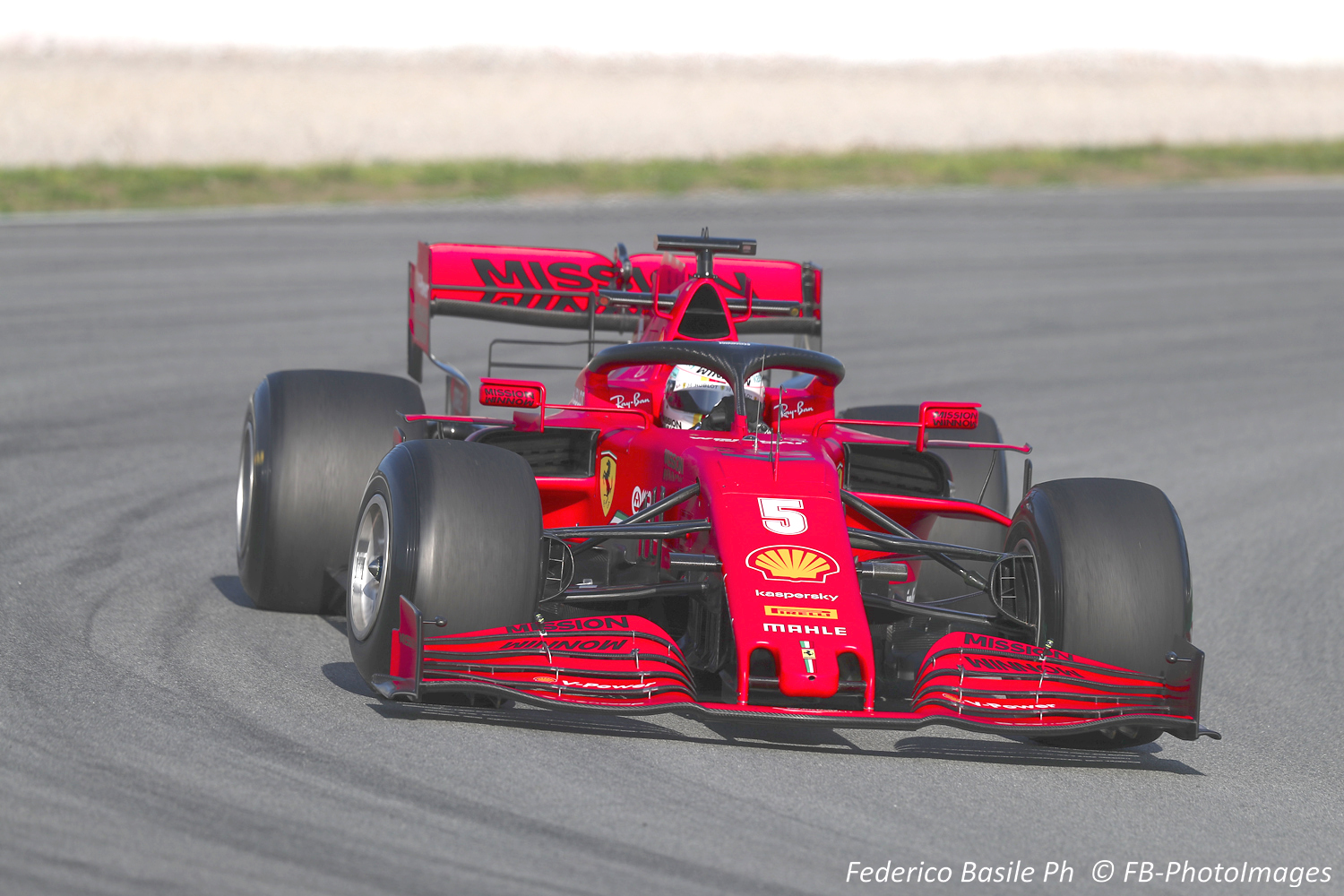 Overnight rain left the Barcelona circuit to start Day 5 of F1 preseason testing but dried up by mid-morning.

Sebastian Vettel headed a disrupted second morning of the second Formula 1 2020 pre-season test, setting a 1m16.841s benchmark on the softest Pirellis made – the C5 compound.

But it was ugly as Vettel spun twice in this year's inferior Ferrari. Not only is it hard to get any time out of the car, their advantage using the softest rubber was not where it should be.

The first red flag was caused by Antonio Giovinazzi, who ended his morning running early after a spin and wall contact at Turn 4.

Max Verstappen brought out the second red flag when he beached his Red Bull at Turn 5 with just over an hour remaining on the clock, while Vettel added the third.

Verstappen was able to re-appear for the final 30 minutes of running, with no visible damage to his RB16.