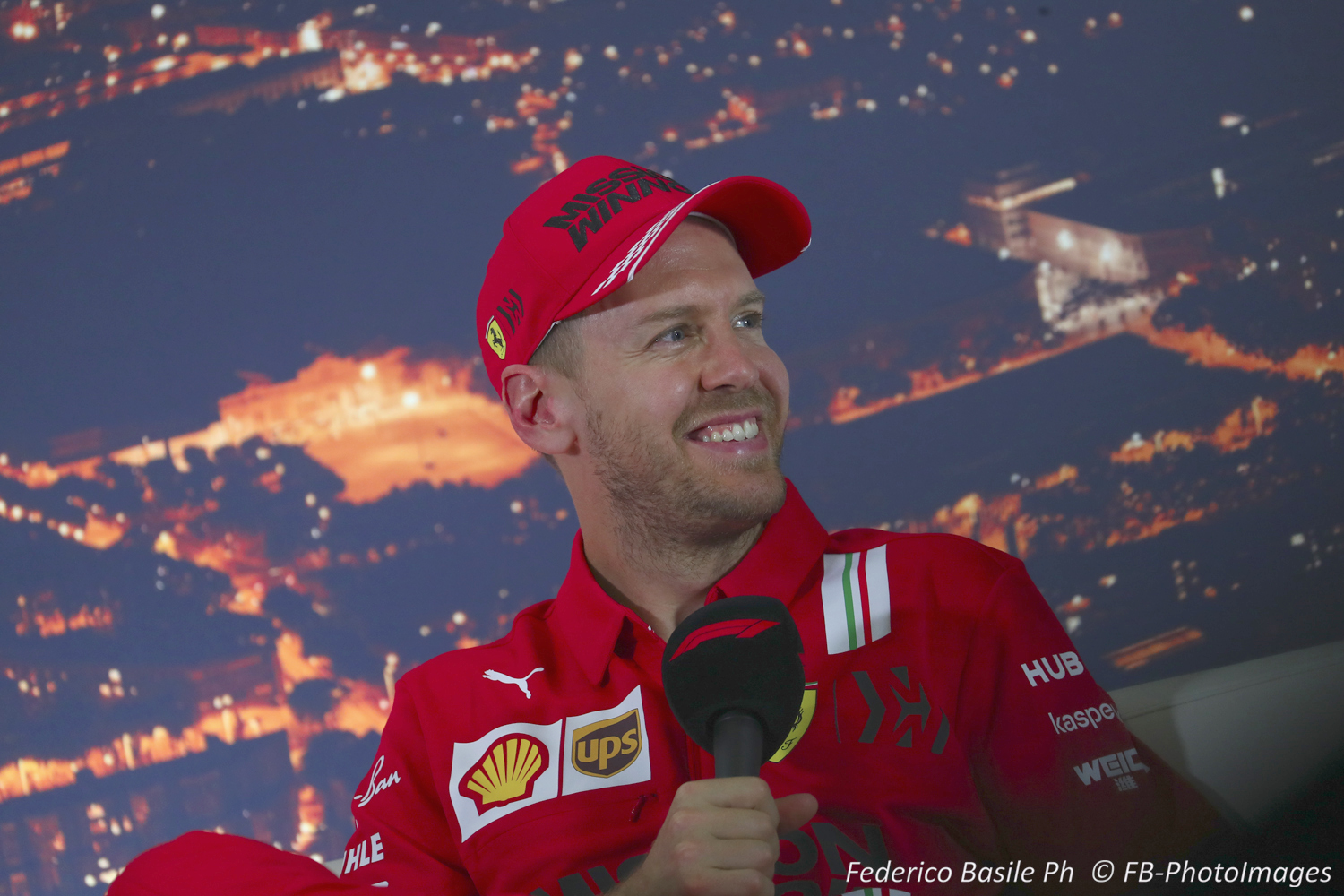 (GMM) Sebastian Vettel hit back at wild rumors in Barcelona that he could be set to announce his retirement.

Carlos Sainz and Daniel Ricciardo are being linked to his Ferrari seat for 2021, but the quadruple world champion insists he is not worried.

"The situation is no more stressful than it was three years ago," Vettel said at the final pre-season test.

"We are busy with other things right now, so the stress level (about that) is pretty much zero."

Team boss Mattia Binotto reiterated his view that Vettel, 32, remains the priority candidate to continue to be Charles Leclerc's teammate from 2021.

"We know what we have in him," said the Italian.

"At some point the moment will come when we will sit down. Maybe we'll do it over dinner with a glass of wine."

Vettel said Leclerc's contract extension to 2024 is not a complication for those talks.

"At least I know who drives the other Ferrari in the future, but it doesn't really change anything," Vettel said.

"He is in a different situation in his career than I am, but our relationship has been good since the beginning."

And he denied that he is preparing to retire, insisting he is enjoying driving what many are predicting will be the fastest ever Formula 1 cars.

"The cars feel ultra fast, the fastest ever," Vettel confirmed. "The only downside is that they are still too heavy, but it's still a pleasure.

"I don't know what next year will bring, but the flame is still burning. I have been here for a long time but I still love what I do.

"I'm getting the pleasure and I'm here to win. The hunger and determination are there. But I would appreciate it if this was the last question on this subject."