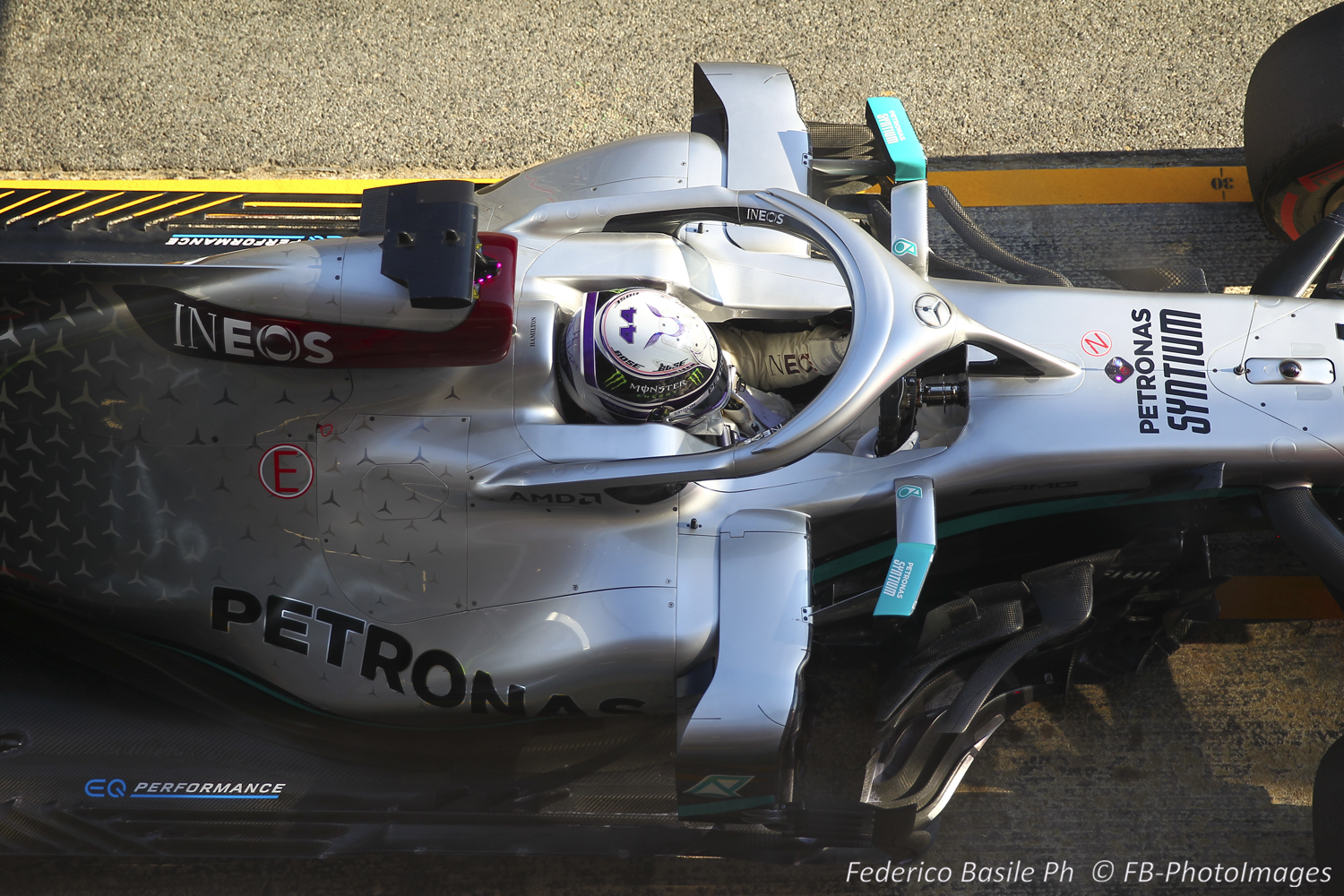 (GMM) Sergey Sirotkin has played down the role Mercedes' innovative 'DAS' steering system will play in 2020.

The F1 paddock was stunned at the first Barcelona test when it was noticed that Mercedes' drivers also push and pull on the steering wheel to adjust the 'toe' of the front wheels in motion.

But Sirotkin, the former Williams driver and 2019 Renault and McLaren reserve, is not so sure the system is as significant as is being suggested.

"I've read what they write about the system, and watched the video, but nothing more," he told Russia's Championat. "I actually think Mercedes will only use it on certain tracks.

"And if I'm not mistaken, Valtteri Bottas drove his best lap without using the system. I don't think this will be the difference between Mercedes winning or losing."

The Russian agrees that DAS may help with cooling the tires, but noted: "As a rule, we suffer from overheating at the rear, not at the front.

"Yes, if you can straighten the wheels on the straight lines, this can be an advantage on tracks with long straights. And you could use slightly more aggressive front suspension settings.

"But I don't think this system will play a key role in any particular race," Sirotkin added.

But another former F1 driver, Mika Salo, says the top teams will definitely already be working on similar systems back at their factories.

"If it is allowed, it will surely be on all the cars at some point and even on some cars in the first race," the Finn told C More.

He hinted that he knows for sure that Ferrari is looking into DAS.

"It was quite a surprise for everyone but they are already planning something like this and will probably test it soon," said Salo.

"Ferrari and Red Bull have such great resources that they can develop something pretty quickly if they can benefit."