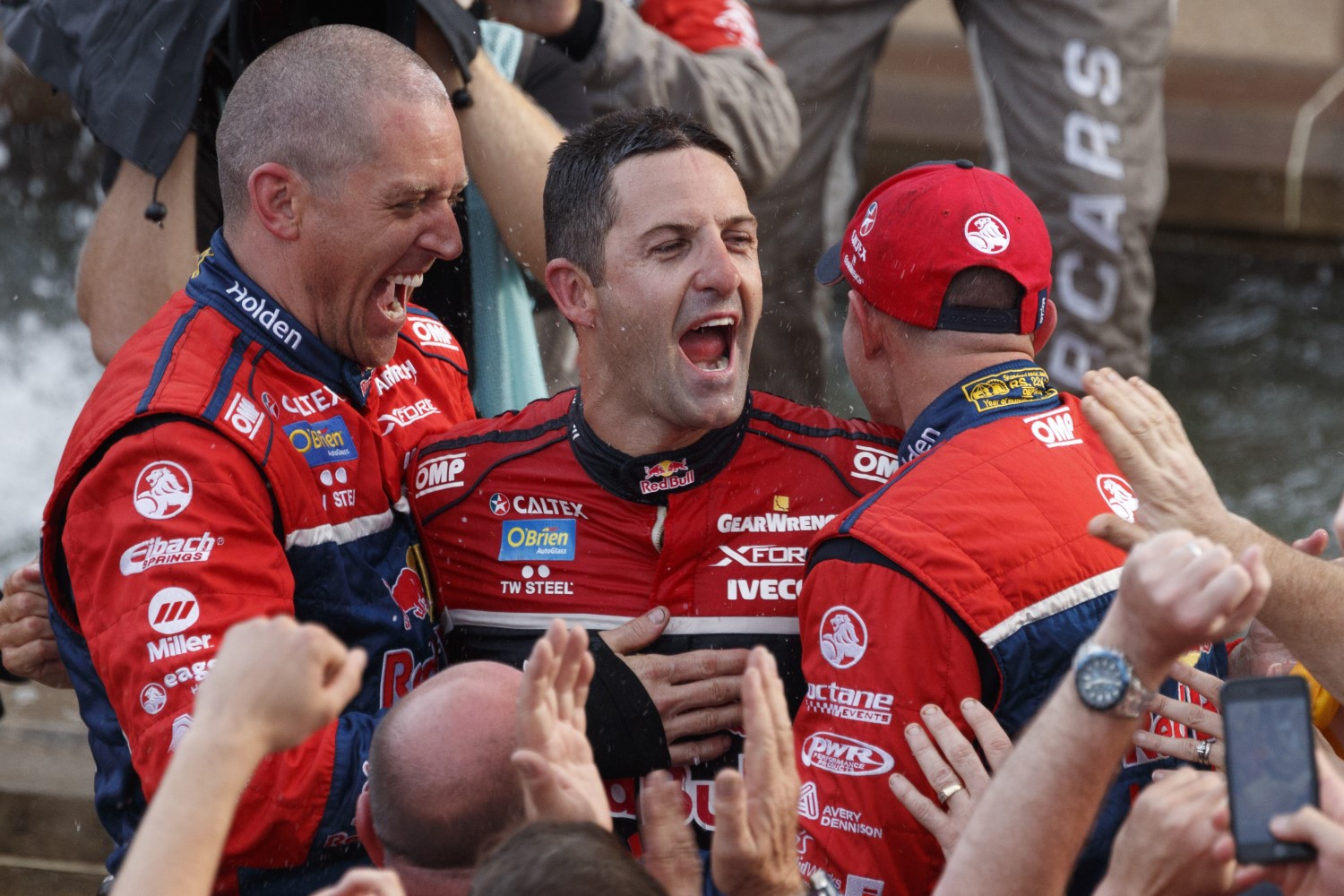 Jamie Whincup confirmed his standing as the greatest driver in Australian motorsport history in extraordinary circumstances at the season-ending Coates Hire Newcastle 500.

After two penalties during the race and with just two laps to go McLaughlin had fought and fought to get to the 11th place he needed to win the Championship.

[adinserter name="GOOGLE AD"]But in a dice with Craig Lowndes for that very position he got a third penalty – a post-race pit lane penalty – and Whincup won another title by just 21 points. The penalty dropped McLaughlin from the title winning position 11 to 18.

A devastated McLaughlin was consoled by his team, including team owner and American racing legend Roger Penske, after the race.

“I lost my left-hand mirror early and obviously I knew we (he and Lowndes) were close but not that close. I defended my line to (turn) two and we interlocked. I genuinely didn’t mean to push him into the wall and to get pinged like that. Anyway mate, it’s whatever."

McLaughlin won more races than anyone this year with eight and took an incredible 16 ARMOR ALL Pole Positions. But still it was not enough.

“I shouldn't have been there in the first place, yeah it’s hard," he said.

“I just feel sorry for the guys, we shouldn't’t be in the position. To all our fans who have stuck by us and our sponsors I am so sorry, I wish we could have done it for them. At least we have got the team’s Championship.

Whincup has now won more titles than Dick Johnson, Mark Skaife and Ian Geoghegan. But he didn’t realize he had until after he had crossed the finish line.

“I didn’t have a clue across the line, I assumed I came second when the crew said I got number one. Massive event for everyone, I was so glad we were able to put on a good show," he said.

Like many who witnessed to closing laps Whincup felt for McLaughlin.

“We fought hard, didn’t have the quickest car all year but it is all about team-work and sport is all mental," Whincup said. “A massive thanks to the car 17 crew, they stepped up this year and gave us an unbelievable fight. Commiserations to them.

“No doubt Scotty will go on to win the next eight but I am glad we got one."

Fellow Kiwi Shane van Gisbergen, Whincup’s team-mate who finished second today, agreed: “The unthinkable happened today and I feel for Scotty, it really sucks. Well done to Jamie, that’s why he has won the Championship so many times. He is so consistent, no mistakes. It’s pretty awesome."

The penalties that got McLaughlin into trouble initially were for speeding in pit lane early and then for an incident with Simona de Silvestro. The first took him from first to 23 and the second from 12 to 24. He fought back to 11th before the Lowndes clash.

Van Gisbergen ended up second ahead of David Reynolds and the Nissans of Rick Kelly and Michael Caruso, while retiring Todd Kelly added to his team’s joy with a solid 10th.