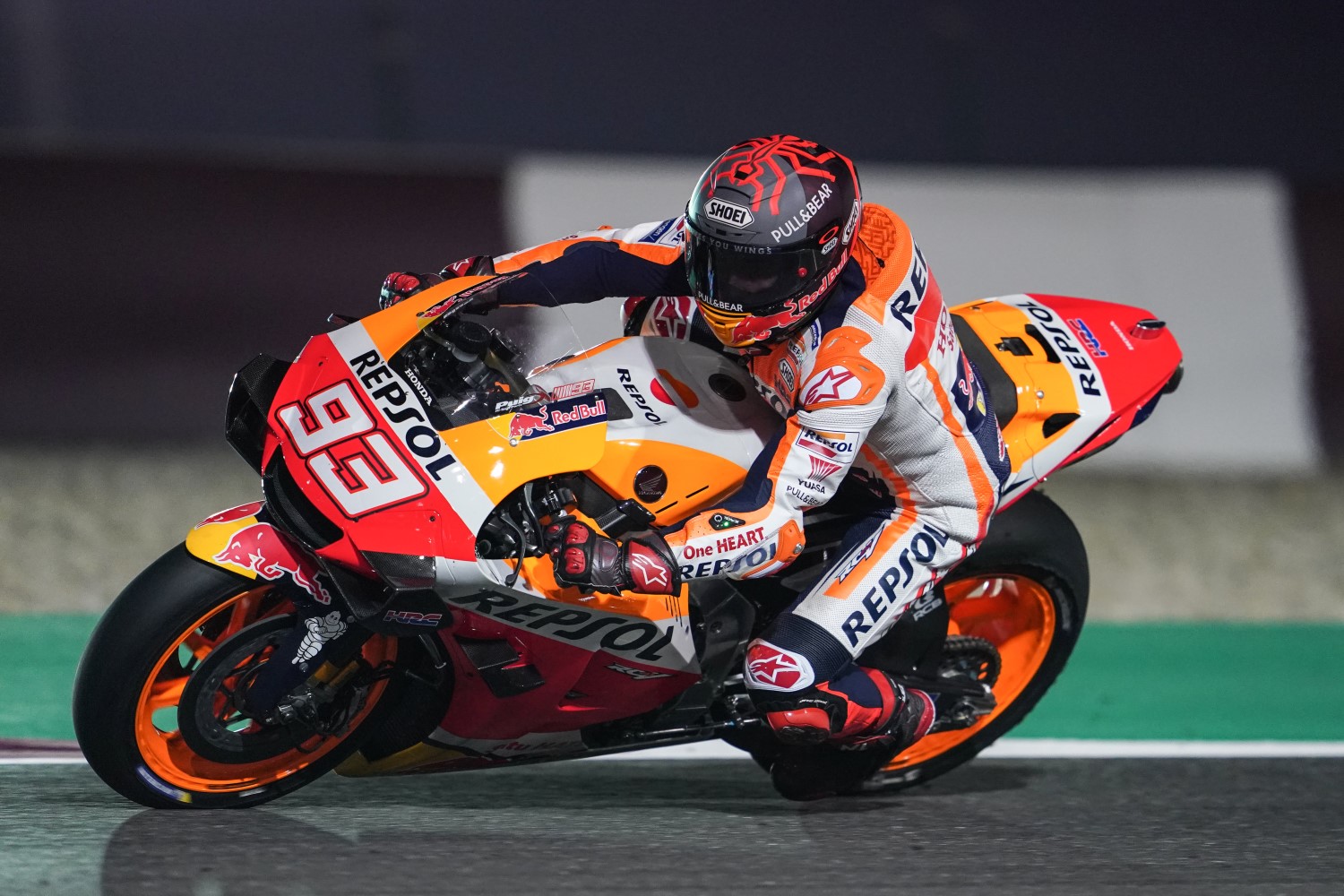 Honda rider Marquez, a six-time champion in the sport's elite class, was sixth fastest at the Losail track, 0.361sec behind the Suzuki of Spanish compatriot Alex Rins.

Marquez underwent surgery on his right shoulder last November after a fall in testing in Jerez, aggravating an injury originally picked up at last year's Malaysian Grand Prix.

“Today we started well but I am struggling a bit more than in Malaysia (at a recent test) with my shoulder," said Marquez.

“In the long corners here, especially the long right handers, I feel my shoulder.

“As always, Qatar is not an easy circuit for us and we're aiming to be as strong as possible."

Qatar will host the world championship season-opener on March 8.

It was a day to forget for the Marquez family with younger brother Alex, promoted to the Honda MotoGP team this season, down in 21st place from 22 riders.

That was over two seconds off the leading Suzuki.

“I have been feeling a little sick," said 2019 Moto2 world champion Alex.

“It's nothing serious but I do not have my full power and in MotoGP you need to be at your best.

“I had a crash today. This is how you find the limit as a rookie so I'm not focusing on it."