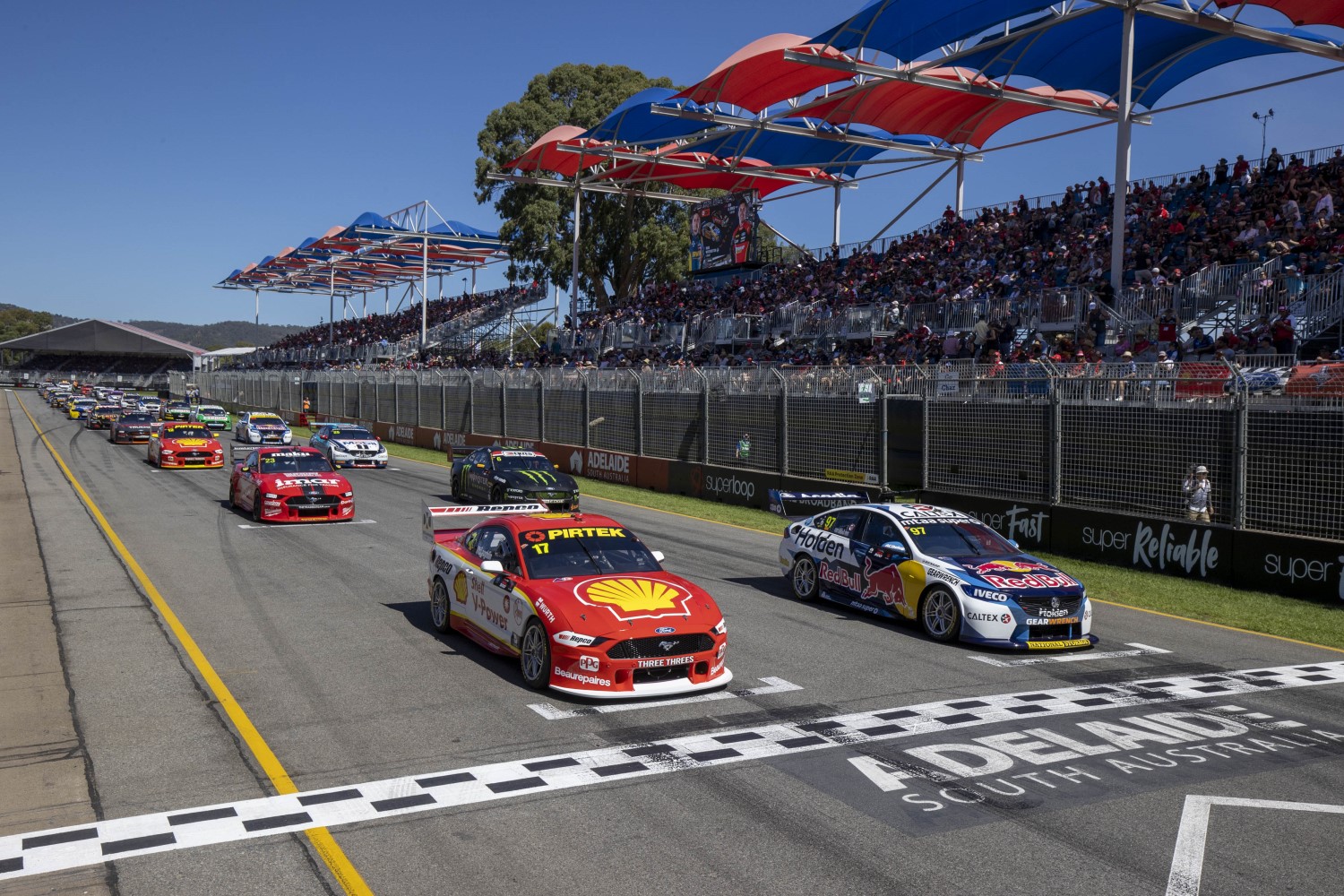 McLaughlin has capitalized on a Red Bull Holden Racing Team pitlane error to take victory in Adelaide and seize the championship lead.

It was career victory number 44 and the kiwi Champ's first since the October 2019 to end Holden's dominance of the weekend in Adelaide.

Former Ford man Chaz Mostert showed he will be a force following his switch to a Walkinshaw Commodore, finishing second ahead of his former Tickford teammate Cam Waters.

Red Bull Holden's Shane van Gisbergen started from pole position and was in the box seat to complete a clean sweep for his team, however a mistake on his final scheduled stop in pit lane cost him any chance of winning the race.

The 2016 Supercars Champion's crew made a huge error while he was in the race lead and didn't provide him with enough fuel to finish the race, meaning he had to stop one extra-time.

That pushed him back into 4th position and while he was pushing as hard as he could for a podium result, the 30-year old kiwi clipped Waters Mustang on a passing move, causing enough damage to send van Gisbergen off track. He eventually brought his Supercar to a stop with just two laps remaining recording no points for his DNF.

The result may have significant consequences later in the year as van Gisbergen chases critical points in the Championship.

Will Davison was gifted a solid fourth, ahead of early stoppers Jamie Whincup and Lee Holdsworth.

Reynolds could be in for an awkward post-race debrief after spinning teammate Anton De Pasquale at Turn 9 on the opening lap while trying to pass Mark Winterbottom.

McLaughlin leaves Adelaide with a 27-point advantage over Whincup in the standings, with Mostert an encouraging third.

Drivers will now prepare for the Beaurepaires Melbourne 400 at the Formula 1 Rolex Australian Grand Prix to run from 12-15 March.