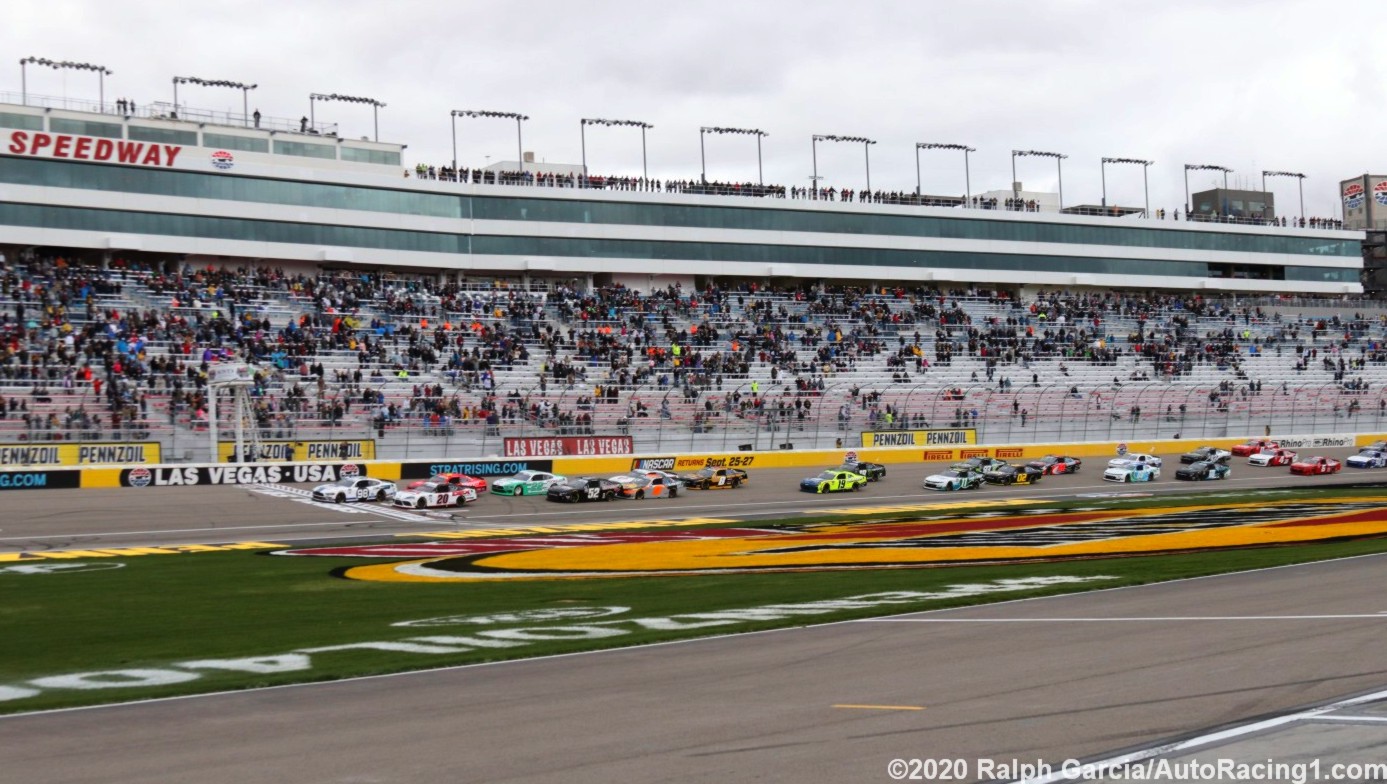 Rain halted Saturday’s NASCAR Xfinity Series race after 50 of a scheduled 200 laps and has forced the in Las Vegas to be postponed until Sunday after the Cup Series race at approximately 7:30 p.m. ET. The race will resume on FS2.

Joe Graf Jr., making just his fifth career Xfinity start, was scored as the leader at the time of the red flag in the Bobby Dotter-owned No. 08 Chevrolet. Chase Briscoe, who has led a race-high 27 laps and won Stage 1, was second on the leaderboard in the Stewart-Haas Racing No. 98 Ford.

The race started after an approximately 90-minute delay for rain showers that also washed out pole qualifying earlier in the day. Myatt Snider started from the pole position on the basis of 2019 team owner points, but dropped to the rear of the field for the start after a crash in Friday practice forced his Richard Childress Racing team to a backup No. 21 Chevrolet.

Daniel Hemric crashed out of fourth place after 19 laps to prompt the first caution period. His No. 8 JR Motorsports Chevrolet broke loose exiting Turn 4 and made contact with the outside retaining wall on the frontstretch. Hemric briefly continued but was officially out after completing just 34 laps.

Briscoe took the lead off pit road for a restart on Lap 23, after the first caution. On Lap 35, Ross Chastain passed Brandon Jones for the second spot and held it through the end of the stage.

NASCAR continued track-drying efforts until 9:45 p.m. ET, when another rain shower hit the track and forced the postponement.

The top 10 is currently scored as: