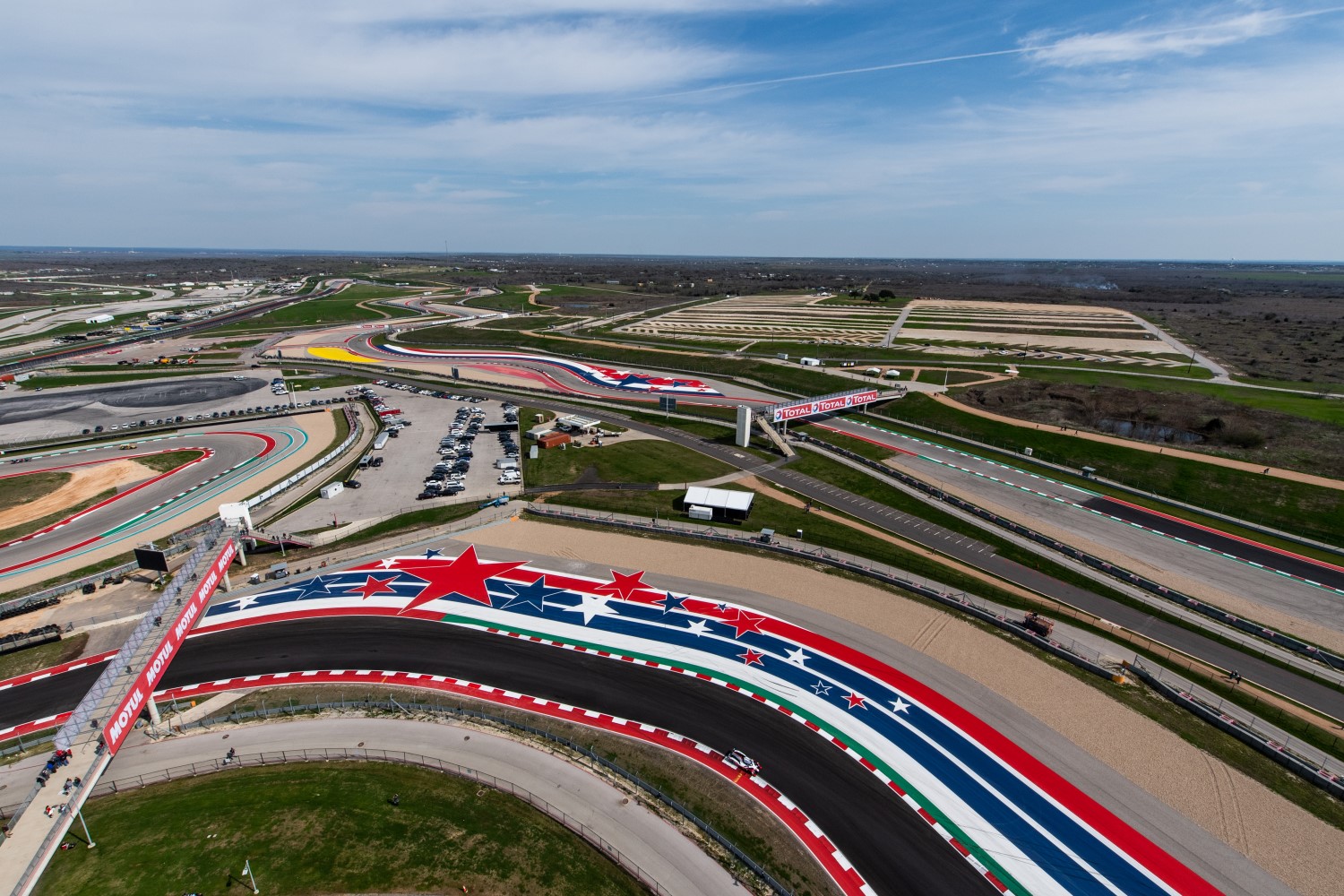 There has been a mixed reaction from the FIA World Endurance Championship paddock to the repaving of sections of the track surface at Circuit of The Americas.

The WEC is the first major series to compete at COTA since the surface was revamped earlier this month to ease concerns raised by Formula 1 and MotoGP about extreme bumps.

New tarmac has been laid from the end of the start/finish straight through to the exit of Turn 2, along the length of the back straight and from Turn 14 to pit entry.

Aston Martin Racing’s Darren Turner, who raced at COTA when the WEC last visited in 2017, believes the patched resurfacing makes the circuit “less clinical" and therefore more interesting to drive.

“I watched the Formula 1 [race] last year and you could see through Turns 18 and 19 how bumpy it was," Turner told Sportscar365.

“It needed the resurfacing work, where they’ve done it. The thing is, it’s still bumpy, but maybe a bit less bumpy on the new surface than the old surface.

“It’s got a lot of character to it and I’m not averse to having a few bumps on a race track.

“When Paul Ricard first got upgraded in the early 2000s, it was like a billiard table and it didn’t have much soul to it because of that.

“Over the years it got character because it started to have a few bumps and it came alive.

“That’s what this circuit has got plenty of."

Turner added that the variable track surface can change a driver’s approach from corner to corner.

“What it changes is you trying to exploit where the grip is and isn’t," he explained.

“When you get to Turn 11 under braking [at the start of the back straight] that’s old track surface and feels different to when you’re braking [on the new surface at] for Turn 12.

“You just have to be mindful that you don’t have the same braking capacity everywhere around the track. But that’s cool because you have to think on your feet and adapt. It’s not clinical, which is a good thing."

Toyota Gazoo Racing driver Mike Conway suggested that the repaving has solved some of the most significant bumpy areas of the 3.41-mile circuit.

“It’s a lot smoother and it’s got rid of a lot of the bumps, especially on the back straight," Conway told Sportscar365.

“There’s still a big one into Turn 5, but apart from that it’s a lot smoother and the grip level on the new tarmac is pretty good."

However, other drivers have noted that the track is now more difficult to drive and prepare for.

“It was a big difference from the two surfaces, not really done properly I would say," said Aston Martin GTE-Pro driver Nicki Thiim.

“There are still a lot of bumps on it which makes it difficult to set up the car. The stadium section still has the old stuff so that makes it a bit tricky.

“It’s just hard to get a consistent picture of the whole thing."

The new surface is also set to present challenges to Goodyear and Michelin, the championship’s two tire manufacturers.

Goodyear’s manager or race sales and track support Mike McGregor explained that the combination of the new surface and the lower temperatures compared to previous COTA WEC events will be the main challenges this weekend.

The WEC previously visited COTA in September but this year’s move to a February event is presenting he field with colder conditions.

“The high-speed first sector has been resurfaced, as has the final corner," said McGregor.

“This means the circuit has a combination of surface types so our focus will be on working with our teams to get the optimum balance of high-speed directional change stability in the first sector and traction in the more technical final sector.

“WEC has never raced at Austin so early in the season. The temperatures will be cooler than at previous races at this circuit, so we are preparing for all eventualities.

“We are taking the same two specifications of tire that we used in the previous races as they have both been proven to have a wide operating window.

“Versatility is ideal for such a demanding track with highly variable temperatures."