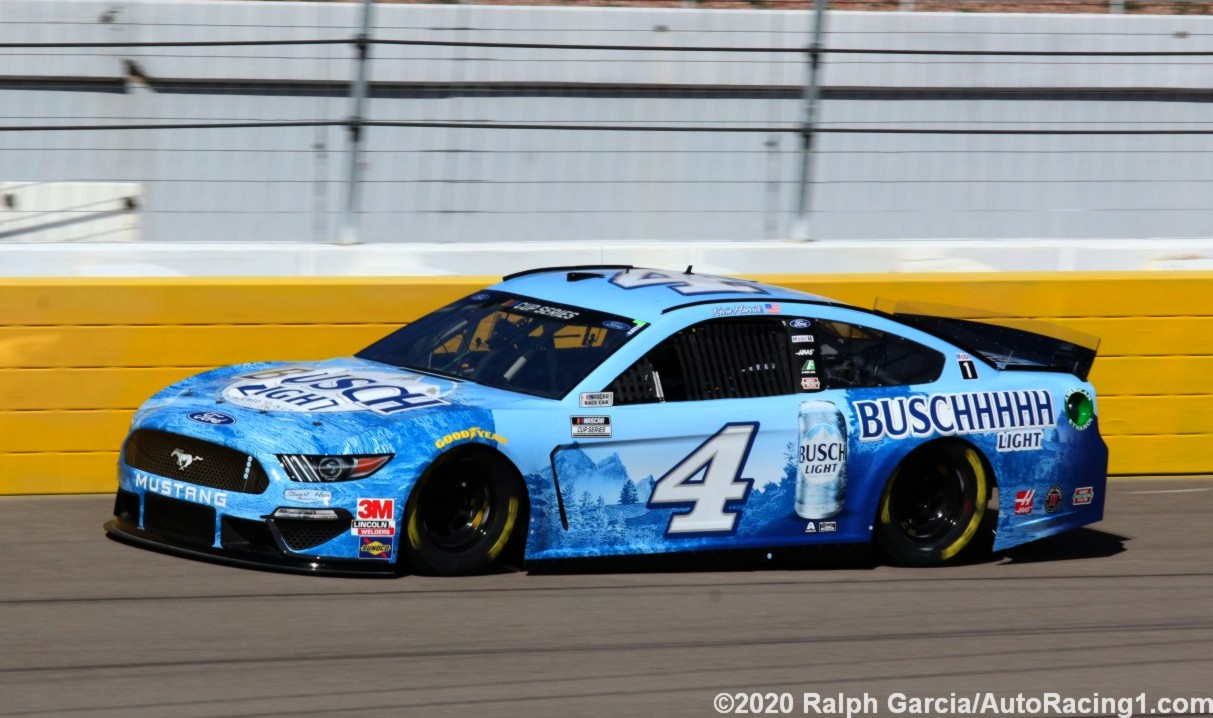 UPDATE Because of inspection issues, Kyle Busch will drop to the rear for the start of the race. Racing to the front could be a huge issue for the reigning series champion, given handling issues that plagued the No. 18 Toyota during Friday’s practice sessions.

Joining Busch at the rear of the field will be teammate and Daytona 500 winner Denny Hamlin, as well as Christopher Bell of Leavine Family Racing. The Toyotas of those three drivers failed pre-qualifying inspection for attempting to manipulate the noses of the cars, which did not fit specifications.

NASCAR levied L1 penalties on the three teams, resulting in the loss of 10 owner and driver points for each.

The Camrys of Busch, Hamlin and Bell, along with those of JGR teammates Truex and Erik Jones, were docked practice time Friday for attempting to change the shape of the front fenders with bondo.

Truex’s car failed inspection once Saturday because of what the driver termed an issue with the “toe" (tire angle) but passed on the second attempt. Truex will retain his second-place starting spot Sunday.

Kevin Harvick will inherit the pole position when Busch drops to the rear. Hamlin would have started fourth but for his infraction. Bell was slated to start 22nd.

The No. 9 Chevrolet of Chase Elliott failed pre-qualifying inspection twice, leading to the ejection from the track of car chief Matt Barndt. Elliott will retain his 10th-place starting spot but lose 15 minutes of practice time next weekend at Auto Club Speedway in Fontana, California.

Busch said his team would try to incorporate aspects of Truex’s setup into the No. 18 car to try to improve the handling after the frustrating practice Friday.

“We rolled out there first in final practice, and I was wide open for 15, 16 straight laps," Busch said. “Kevin Harvick started probably a half straightaway behind me, and he ran me down, and he ran the fastest lap average in those laps he was running me down. My laps were only 15th on average, and he was first, but then he couldn’t pass me – he couldn’t do anything to pass me.

“I don’t know what that says for the race and what’s going to happen in the race. We were definitely not as fast as we wanted to be, and the car was not driving near what it needed to. When we got back in traffic, it was a real handful. We’re going to have our work cut out for us."

02/22/20 Qualifying for the Pennzoil 400 presented by Jiffy Lube NASCAR Cup Series race at Las Vegas Motor Speedway was cancelled due to inclement weather at the 1.5 mile track.

The full line-up for Sunday’s race has been set by 2019 owner points with Kyle Busch on pole. Top-10 follows: