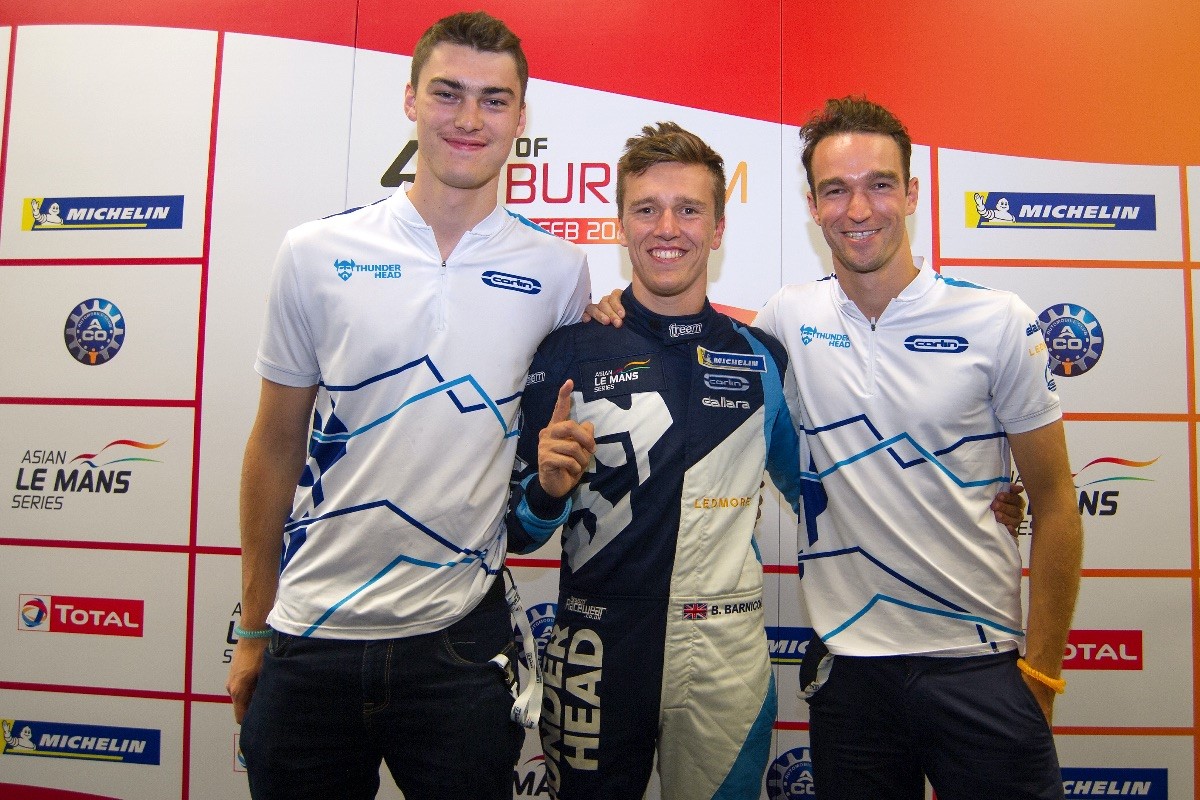 Ben Barnicoat has claimed pole position in the #45 Thunderhead Carlin for the 4 Hours of Buriram, the fourth and final round of the 2019/2020 Asian Le Mans Series.

The pole position is the second of the season for Barnicoat in the #45 Dallara P217, with a 1:22.758. Only 0.146 separated the Brit from Eurasia Motorsport’s Nick Cassidy. Nick Foster placed the sister Eurasia Motorsport Ligier P217 in third with a 1:23.460.

In a qualifying session dominated by the Norma M30, Colin Noble also scored his second pole position of the season in the #2 Nielsen Racing with a 1:29.001. Second in class with a 1:29.399 was Garett Grist in the sister #3 Nielsen Racing entry. Starting third will be #9 Graff Norma M30, after David Droux set a time of 1:29.543.

In GT3 Rio Haryanto put the #75 T2 Motorsports Ferrari 488 GT3 on pole with a 1:32.776. The pole position was the first for the team in the Asian Le Mans Series. Second fastest was #27 HubAuto Corsa with Australian Tim Slade behind the wheel, only 0.149 ahead of Daniel Serra in the #51 Spirit of Race Ferrari 488 GT3. With the top five of the class separated by just 0.173 the stage is set for a thrilling battle for Championship glory.

Thunderhead Carlin now sit on 57 points, 8 behind LMP2 leader G-drive by Algarve Pro Racing Team. If they win, and the latter finishes third or lower, the Championship will go to the pole sitters.

The LMP3 pole position puts Nielsen Racing only two points behind the leading #13 Inter Europol Competition Ligier JS P3 in the Class Championship. For T2 Motorsports in the GT Class, the extra point puts them onto 31 points, 18 behind class leader JLOC, who will start the race from last.