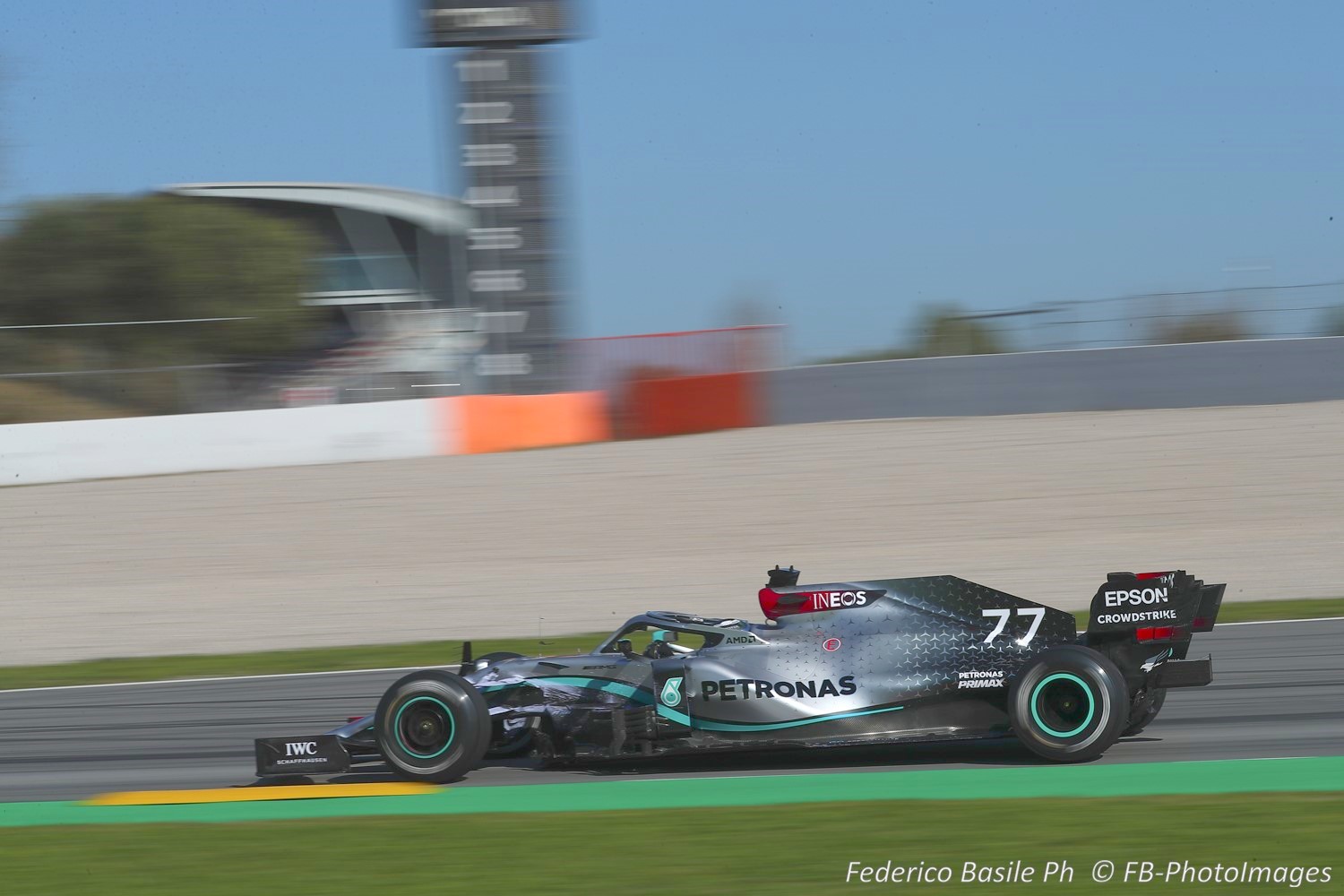 Using Pirelli’s softest available C5 tire, Valtteri Bottas turned in the fastest time of the winter so far on the final morning of the opening 2020 Formula 1 pre-season test at Barcelona.

Using the 'trick' Mercedes steering Bottas put up a 1m15.732s and buried everyone.

While Mercedes was dominating, its hapless chief rival Ferrari found itself on the back foot after an engine issue brought Sebastian Vettel’s #5 Ferrari to a grinding halt.

The German’s SF1000 stopped at Turn 12 after losing power from the engine.

Esteban Ocon also used a set of Soft tires as he ended up 1.370s adrift of Bottas.

Lance Stroll was third-quickest as pink Mercedes Racing Point while Daniil Kvyat was fourth for the rebranded AlphaTauri squad.

Rounding out the top five was early morning pacesetter Verstappen, who lost some track time after damaging the floor on his Red Bull RB16 over the cubs at Turn 8.