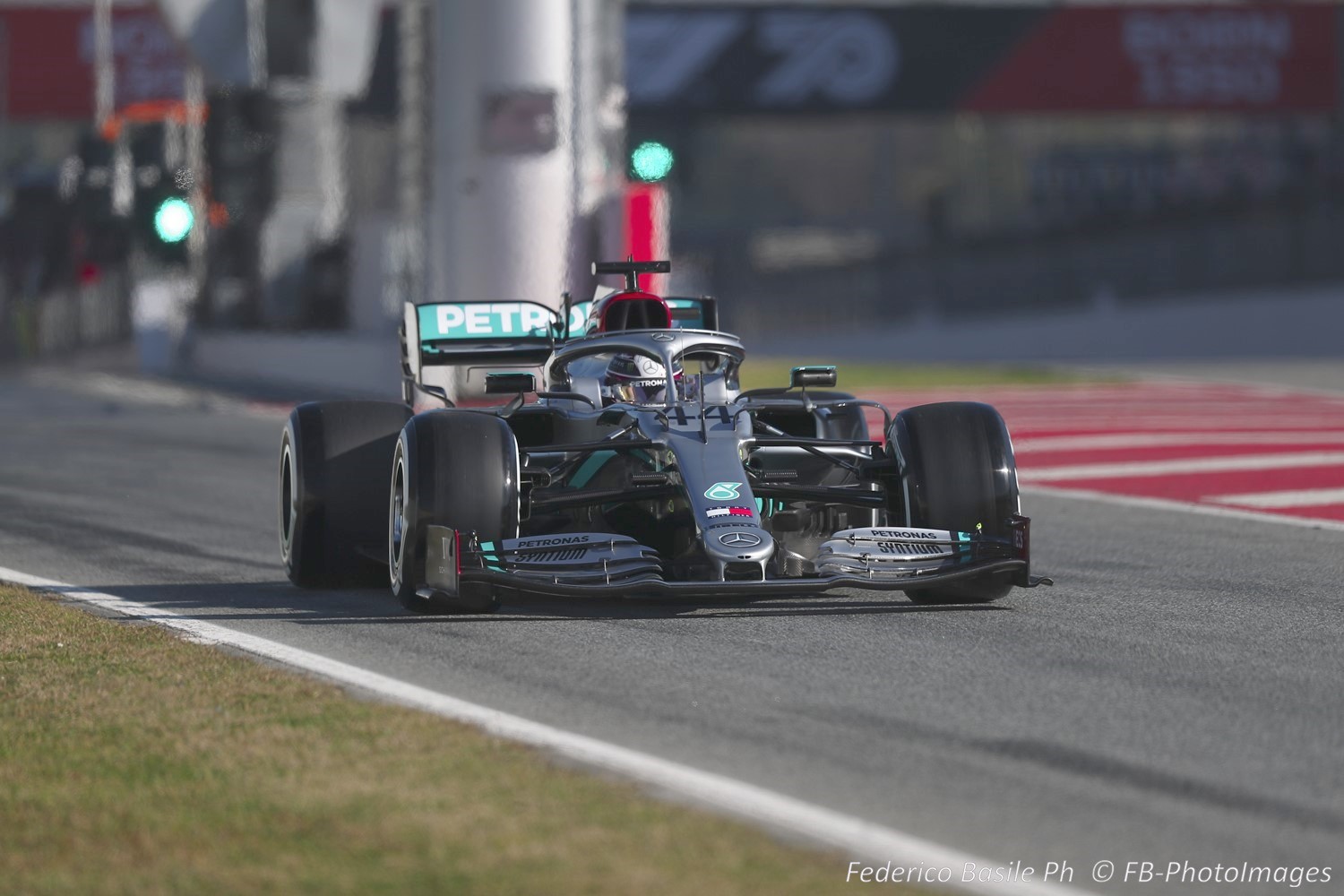 Germany's Bild newspaper said Red Bull is not ruling out a protest if it is used in Australia.

On Thursday in Barcelona, on-board footage showed Lewis Hamilton pushing and pulling on the steering wheel to adjust the 'toe in' and 'toe out' of the front wheels before the corners and on the straights.

"This isn't news to the FIA," Allison said. "It's something we've been talking to them about for some time."

"As far as we can tell from the video, the device is part of the steering," he said. "The regulations only state that the driver may change the position of the front wheels with the steering.

"How and why is not exactly specified," Green is quoted by Auto Motor und Sport.

There could be a safety argument made about a driver not only twisting the steering wheel but pushing and pulling on it.

"It would certainly be strange for the driver," observed Sebastian Vettel.

And Haas driver Romain Grosjean hailed Mercedes' ingenuity but said he would "probably be scared if the steering wheel was moving like that in my hands".

Six time world champion Hamilton, however, said he had "no problem" operating it.

What F1's authorities will not like, however, is that the innovation might now need to be copied by every other team, and at considerable cost.

F1 sporting boss Ross Brawn said recently that he wants rule 'loopholes' to be closed as soon as they are exploited in future.

"With this one, you could even have to change the chassis," Green said.

Vettel admitted that Ferrari's engineers will already be looking into the system.

"But I don't think it's the ticket to the world championship," said the German. "One trick isn't enough. The whole car around it makes the difference."

As for the threat of a protest, Red Bull's Christian Horner said he thinks the system is probably legal.

But Helmut Marko told Auto Bild: "If you actively change the camber or toe while driving, the contact area of the tire changes.

"And with that, albeit in a very small area, the ride height is adjusted. But that is forbidden because the system then corresponds to how active suspension works."