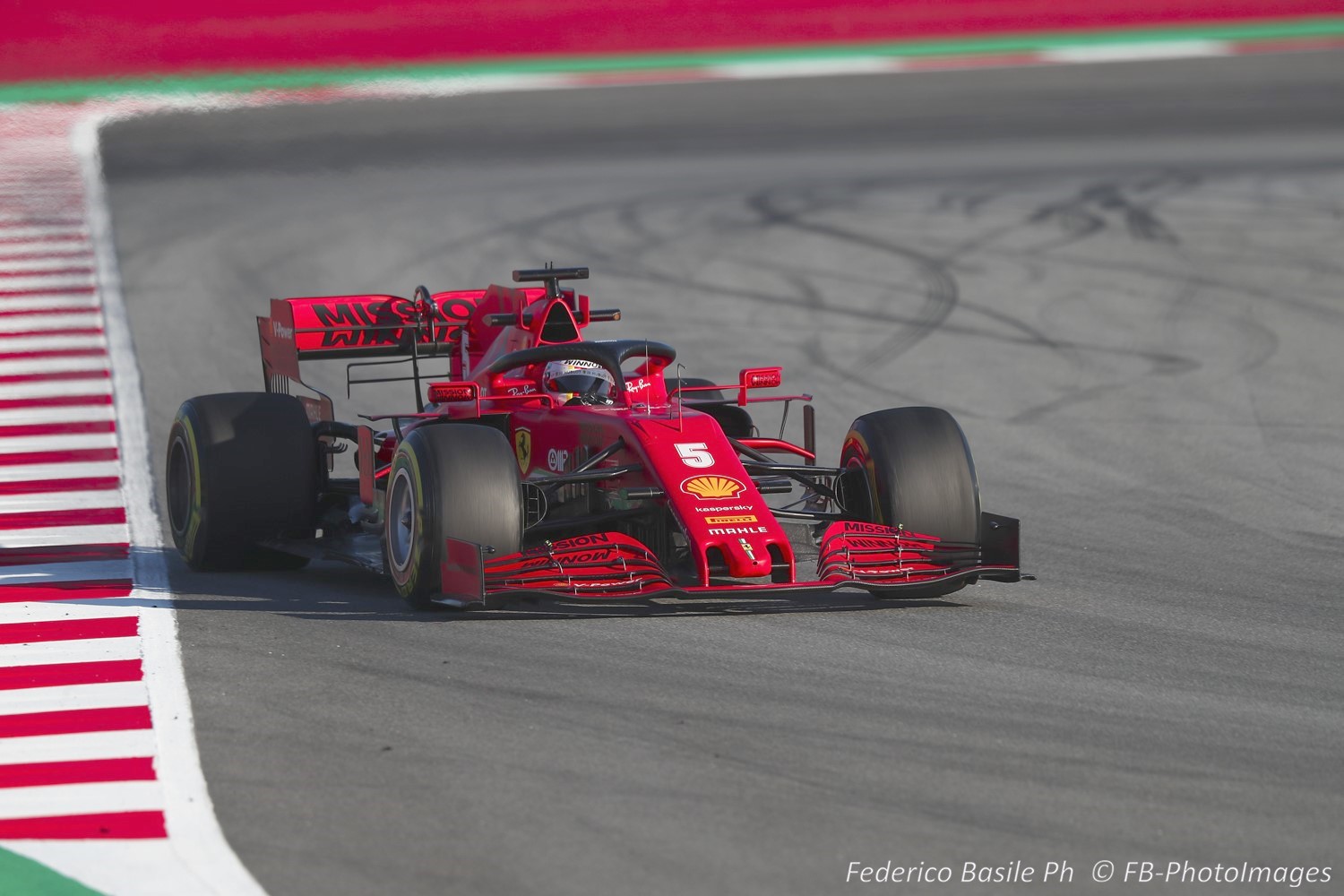 (GMM) Sebastian Vettel has played down early fears about Ferrari's start to the 2020 pre-season.

The Italian team's new car is yet to trouble the top of the timesheets in Barcelona, but after recovering from a cold Vettel said the SF1000 "does what we expect".

Asked if the car has more downforce than its predecessor, the German answered: "Yes.

"At first glance the competition is faster than we are, but we are not currently looking for laptimes," he added. "But in the car you get a feeling of what is better and what is not.

"We took a step forward in the corners. The car generally feels good."

However, Vettel continued: "A few properties of the car are similar to last year's. But it is still early. We have time and we still have some leeway with the setup to refine the characteristics."

He also seemed to confirm that Ferrari is testing with low-power engine modes, explaining: "You don't show the competition everything you have in testing.

"We will only turn the engine up in Melbourne."

Red Bull-Honda is also keeping a fairly low profile so far, but Alex Albon said after Thursday: "As Max (Verstappen) said, the car feels more competitive in all respects."

"Ferrari's performance is difficult to assess, and Racing Point look good too. But generally it's difficult to say where everyone is.

"We're not looking too much at laptimes this week."

Mercedes' Toto Wolff said earlier this week that he thinks Red Bull will be focusing the hardest on this season, while other competitors might look earlier at the car for 2021.