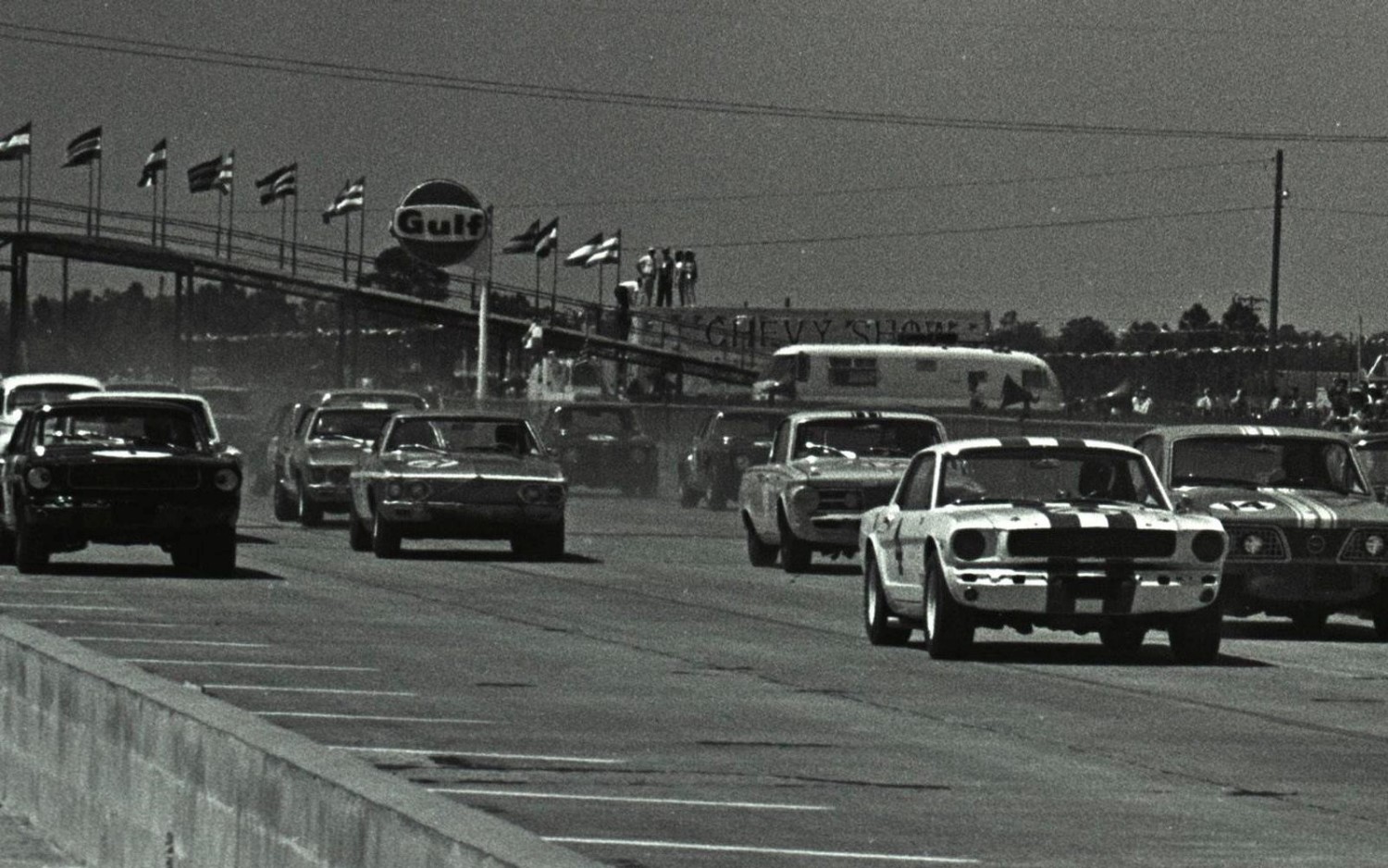 Next weekend, the Trans Am Series presented by Pirelli will build on a proud tradition of racing at Sebring International Speedway, headlining the SVRA Sebring Vintage Classic February 28-March 1 for its 15th showing since the series first-ever race in 1966.

In 1966, a brand-new series featuring entries by Detroit’s Big Three auto manufacturers made its debut at Sebring International Raceway with the running of the Governor’s Cup, the first race for the Sports Car Club of America-sanctioned Trans American Sedan Championship.

That inaugural event included the then two-time Indianapolis 500 winner A.J. Foyt, driving a Ford Mustang, and Alfa Romeo’s Jochen Rindt, who would win the 1970 Formula One World Championship.

Foyt led the opening 13 laps before dropping back following a long pit stop. Later in the four-hour event, tire issues, brake problems and overheating hit many of the competitors on the over-two-liter class, made up of Mustangs, Chevrolet Corvairs, Plymouth Barracudas and Dodge Darts.

Bob Tullius won the larger class in a Dart, finishing second overall. Meanwhile, Alfas dominated the under-two-liter category, led by overall winning Rindt, who recovered from a roll-over in pre-event practice. The race was held the day before the 12 Hours, attracting a 40-car field.

“That race was held at Sebring in its original form – long (5.2 miles) and bumpy," Tullius recalled. “I was instructed by our Chrysler team manager to follow the two Barracudas, because they wanted those cars to win and I was going to be a nice guy. But they didn’t count on A.J. Foyt, who went into the lead in a Mustang. I ran around for awhile, and then decided to pick it up. I passed both of the Barracudas, and then caught Foyt and passed him for the lead. Eventually, his car bailed and I wound up winning the race."

Trans Am returned in 1967 as the Four-Hour International, drawing a then-record 61 entries. Jerry Titus won in a Ford Mustang, lapping the second-place Camaro Z-28 of Mark Donohue. Peter Gregg and Sam Posey took honors in the Under two-liter class, driving a Porsche.

The historic 17-turn, 3.74-mile airport-based circuit also hosted Trans Am in 1968, running concurrently with the 12 Hours of Sebring. Mark Donohue and Craig Fisher took Trans Am honors with a third-place overall finish, one position ahead of Roger Penske-entered Camaro teammates Joe Welch and Bob Johnson.

With the series moving to shorter races, the next Trans Am race at Sebring was not until 1999, with a stand-alone weekend serving as the season finale. Paul Gentilozzi capped his championship season by winning in a Ford Mustang. Trans Am ran as part of the Twelve Hours of Sebring events the following two years, as Brian Simo won the 2000 season opener in a Qvale Mangusta, while Boris Said won the following year in a Ford Mustang.

Since 2013, Trans Am has been a major component of the SVRA Sebring Vintage Classic, held two weekends prior to the Mobil 1 Twelve Hours. Doug Peterson scored the 2013 and 2014 overall victories in a Corvette, while Cameron Lawrence began a three-year TA2Â® winning streak in a Camaro. The two drivers went on to win their respective titles in both seasons. For 2020, the two drivers will team for Peterson Racing in TA2Â® powered by AEM, driving a pair of 3Dimensonal Services Group-sponsored entries.

“Returning to Sebring is definitely like going back home," said Lawrence, a native of nearby Orlando. “It gives a real good shot at starting out strong with a new car and a new team. I have a good idea of what the car needs to do to win at Sebring, and if we get the setup right we should be running up front again. I’m excited to be teamed up with Doug. I’ve had a lot of respect for him for a long time, and it’s real neat to team up with him and his resources. He had a strong run at Sebring last year (fourth), and it would be great to have both of us up on the podium together."

Sebring’s status as a Trans Am championship-launching race is further bolstered by the record of Amy Ruman, who won the 2015 season opener on her way to becoming Trans Am’s first female champion.