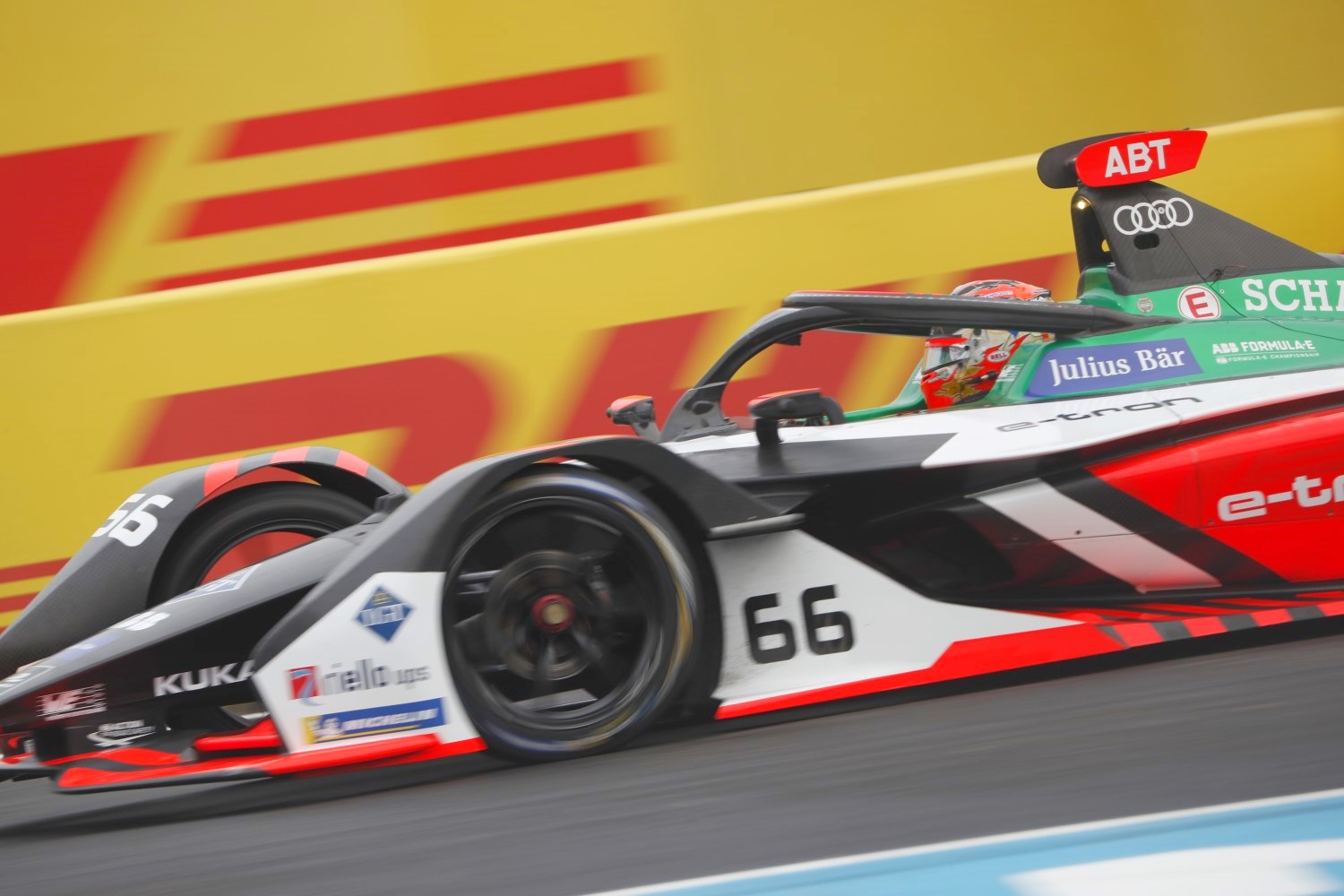 Kelvin van der Linde and Mattia Drudi will start for Audi at the Formula E rookie test in Marrakesh. A day after the fifth round of the series on February 29, the two youngsters from South Africa and Italy get one day to gain experience in the fully electric series, and at the same time, support the Audi Sport ABT Schaeffler squad with its development work.

Both Kelvin van der Linde and Mattia Drudi have long been part of the Audi family – albeit in a different discipline. Drudi joined the driver line-up of the Audi Sport customer racing team in February 2019 and contested the Spa 24 Hours, among others, at the wheel of an Audi R8 LMS. Over the last few months, the 21-year-old has supported the two regular drivers, Daniel Abt and Lucas di Grassi, with work in the Formula E simulator. Kelvin van der Linde (23) – a member of the Audi Sport customer racing team since 2015 – has won the ADAC GT Masters drivers’ title twice, the NÃ¼rburgring 24 Hours, as well as other endurance races for Audi.

“The test is a completely new challenge and I’m looking forward to it. I’ve never driven a single-seater before, so there’s a lot to learn, because the demands on Formula E drivers are particularly complex and more varied than in GT racing," says Kelvin van der Linde. “I’ve been following the series for ages and I have noticed how it’s becoming increasingly important, especially in light of climate discussions. Although I come from South Africa, this will actually be my first visit to another African country."

After many hours in the virtual world, Mattia Drudi now heads into “real life" Formula E. “I’ve always supported the Formula E project with my simulator work. It’s cool to now join the Audi team on a race weekend. I’m looking forward to working with this squad," says Drudi. “I’ll be there the whole weekend and I’m excited to see what the procedures and the atmosphere are like at the track. On television, the races look really exhilarating and the drivers and fans seem to have a great time. Gaining experience in driving the real car will also be important for my work in the simulator."

The support from the two rookies is invaluable for the Audi Sport ABT Schaeffler team, which tackles the fifth Formula E race of the season in Marrakesh with its regular drivers Daniel Abt and Lucas di Grassi the day before the test. “We are all looking forward to having Mattia and Kelvin on track in our cars, they have both been in our simulator and will be working closely with our engineers preparing themselves for the rookie test. They will get lots of time in the car, in fact more than Daniel and Lucas will have during the race day, and we want to give them a real feeling for Formula E, while at the same time helping us to prepare for the next races," says Team Principal Allan McNish.

The rookie test on Sunday, March 1, 2020, is split into a morning and afternoon session. Only drivers who have never contested a Formula E race and who do not hold an E-license are permitted to take part.