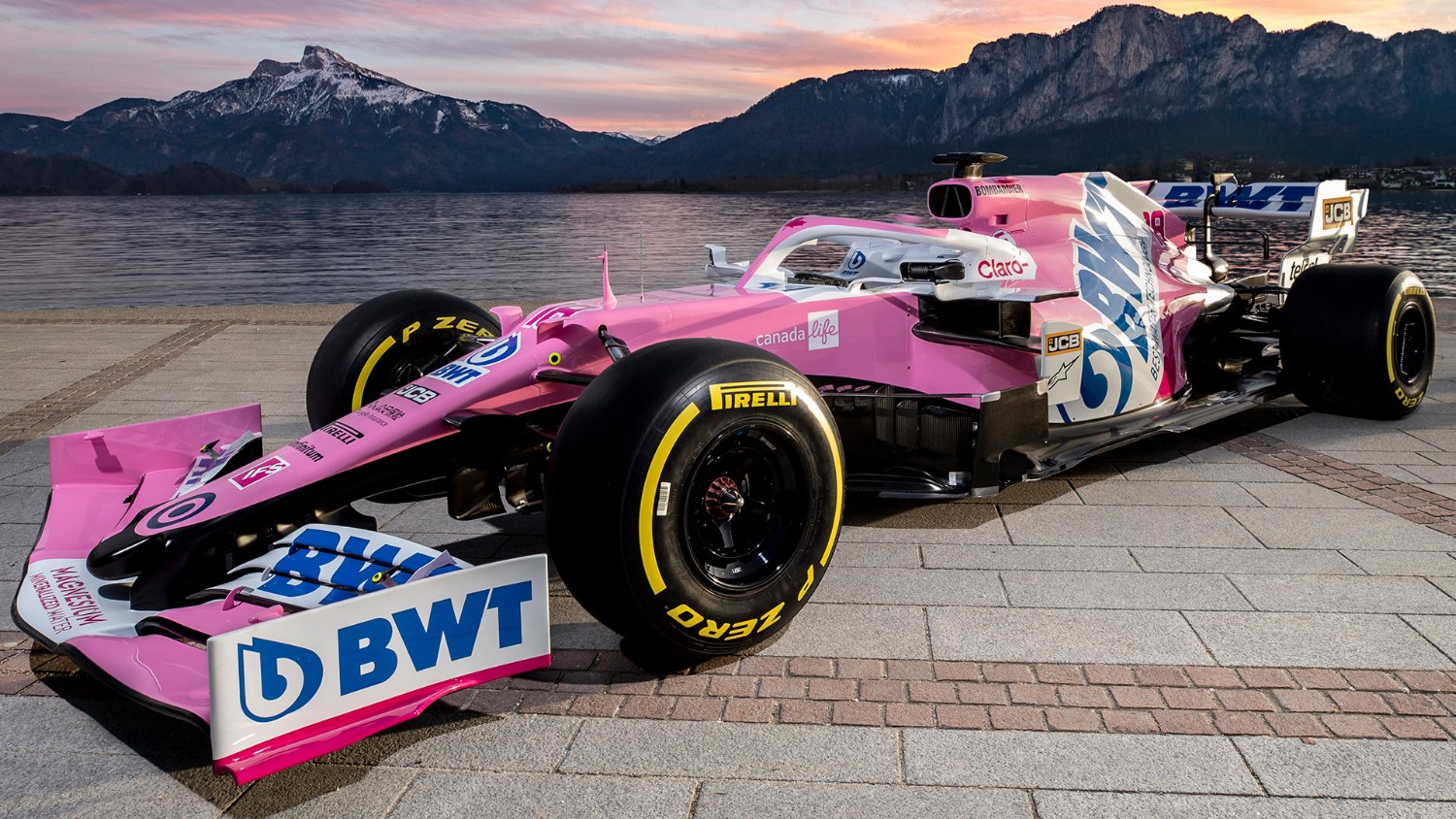 For some, the similarity is striking.

"One can say without exaggeration that it is a 2019 Mercedes in pink," said the highly respected Auto Motor und Sport editor Michael Schmidt.

"We've been working in the Mercedes wind tunnel since May last year, so it makes more sense to follow their concept than to build a Red Bull," he said.

The collaboration between Racing Point and Mercedes has clearly become closer over the winter. Racing Point team owner Lawrence Stroll and Mercedes boss Toto Wolff have even been linked with a joint project for 2021 and beyond.

Green admits: "The front and rear suspension and the gearbox come one-to-one from the 2019 Mercedes."

It is believed owner Stroll ordered the philosophy shift after the team struggled in 2019. The result, Green says, is that Racing Point – to be called Aston Martin from 2021 – is "only now starting with the 2021 car".

But some of the other teams are unhappy about Racing Point's Mercedes clone.

"It makes life difficult for us if small teams can benefit from the work of the big ones," said Carlos Sainz.

Sainz drives for McLaren, who finished fourth overall in 2019. Team boss Andreas Seidl is not making a big fuss about the Racing Point situation for now.

"There is no reason to complain," he said. "Everyone has the right to copy another car and there are regulations that allow certain parts to be used one-to-one."

Red Bull's Dr Helmut Marko told Auto Bild: "I am sure McLaren and Renault will have their opinion, but we are staying out of it."