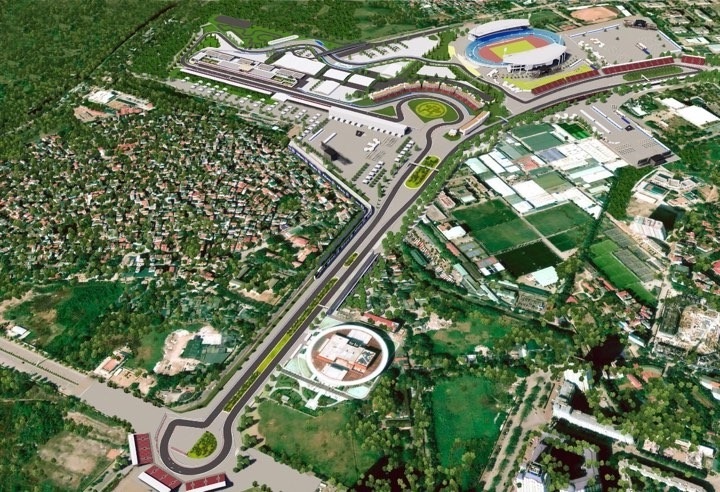 UPDATE (GMM) Vietnam insists it is not about to call off its inaugural grand prix.

China's April race has already been postponed due to the coronavirus crisis, but serious questions are now being raised about nearby Vietnam.

However, the new Hanoi race CEO Le Ngoc Chi is quoted by the Vietnamese daily Dan Tri as saying: "It will take place as planned."

Hanoi tourism official Tran Trung Hieu agrees: "The F1 race will not be postponed or delayed.

"It may be sports, but the event has a huge impact on Vietnam and Hanoi's tourism."

It emerged last week that Vietnam had quarantined some 10,000 residents over the coronavirus crisis, which in total has killed over 2000 people – almost all of them in China.

"We are monitoring the situation closely and will inform customers via the media if there is a change," race CEO Le Ngoc Chi concluded.

02/18/20 Vietnam's inaugural Formula 1 Grand Prix will take place in Hanoi in April as planned, organizers told AFP Tuesday, avoiding the fate of the Chinese Grand Prix which was postponed over the deadly coronavirus.

The race will be held as "scheduled" on April 5, Le Ngoc Chi, CEO of Vietnam Grand Prix told AFP.

The virus, which has killed more than 1800 people in China, has trashed Asia's sporting calendar, forcing the postponement of top events including the Shanghai grand prix and the Hong Kong Sevens rugby.

But Vietnamese authorities said the country's inaugural F1 race would go ahead on schedule.

"The time for the… F1 race will not be postponed or delayed," Tran Trung Hieu, deputy director of Hanoi's tourism department was quoted as saying by state media Tuesday.

"Although this is a sports event, it has a very huge impact on Vietnam and Hanoi's tourism," he said, adding all measures will be taken to ensure the "safety of the event".

The communist country will get its first taste of the glitz and glamor of Formula One, while the sport will attempt to reach new markets in Southeast Asia.

Hanoi has bet big on the event's popularity, signing a 10-year, multi-million-dollar deal with Formula One last year which state media said would cost Vietnam $60 million per year.