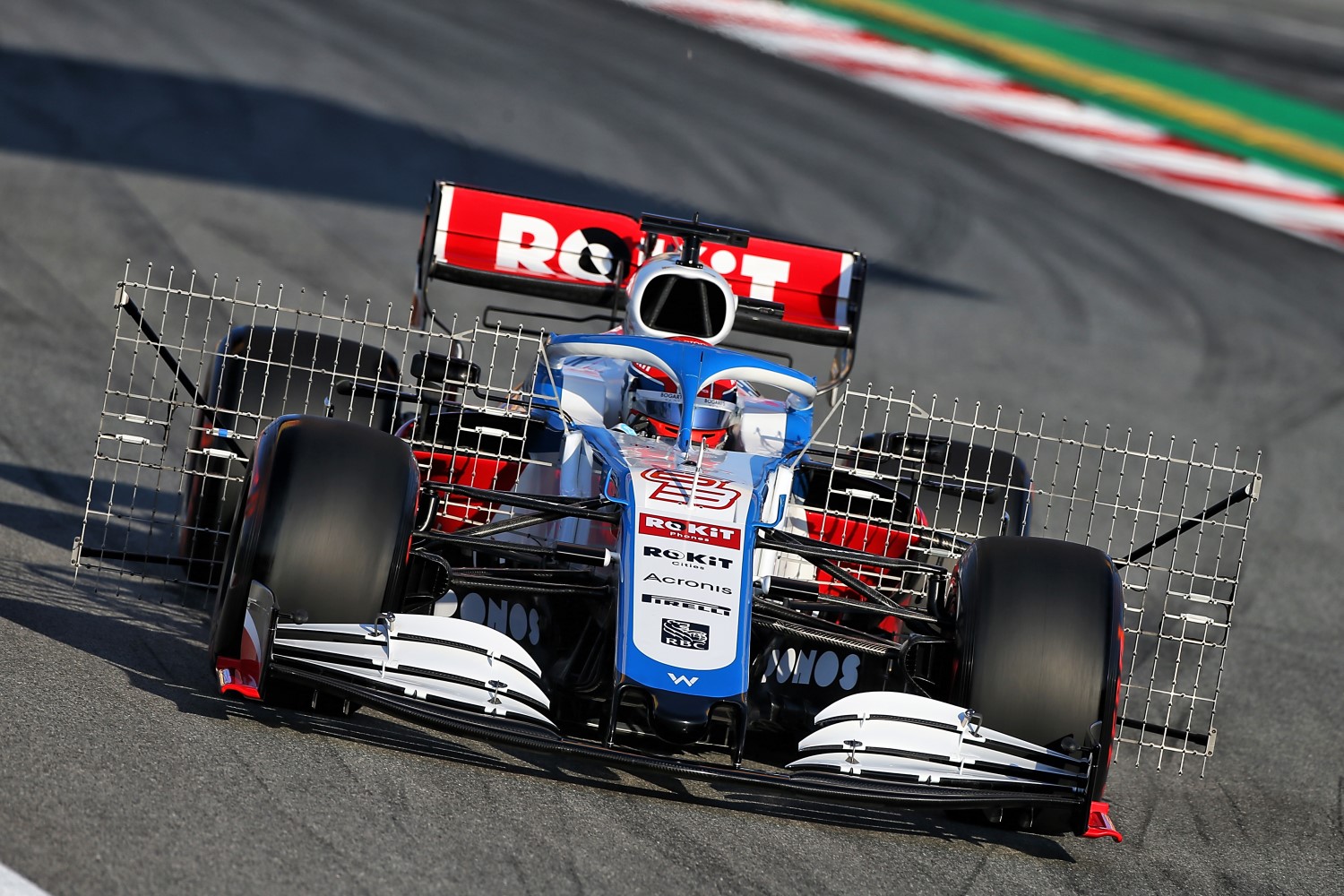 The Williams Mercedes FW43 took to the track at the Circuit de Barcelona-Catalunya today for pre-season testing ahead of the 2020 FIA Formula One World Championship.

ROKiT Williams Racing Deputy Team Principal, Claire Williams, said: “The entire team at Grove have worked tirelessly over the winter to get the FW43 ready for when the lights went green in Barcelona today. We have spent a significant amount of time and resource analyzing our weaknesses over the past 12 months so that we can make progress in 2020 and beyond and I know everyone in the team will have been delighted to see their car out on track today. I thank everyone enormously for their hard work, dedication and the fighting spirit they have shown in what’s been a challenging time for us."

“We have a new driver line-up this year with Nicholas Latifi stepping up from the Reserve Driver role to partner George Russell, who heads into his second year in F1. Both drivers have worked extremely hard over the winter to prepare for the season ahead and I know will give it their all. We’re also pleased to welcome several new partners to the team for this year. Our title partner, ROKiT have extended their support with another major sponsorship of the team, while we are also looking forward to working with Acronis, RBC and Lavazza and the rest of our partner community during the season."

Returning for his second season in Formula One, George Russell said: “I am excited to get back in the driving seat for the 2020 FIA Formula One World Championship. I learnt an incredible amount in my rookie season last year and this has helped me develop into a more rounded and complete driver. I believe that we are well prepared for the year ahead and have built the necessary foundations to see some real progress and be able to fight for positions. From a personal perspective, I am excited to take the things I have learnt throughout 2019 to raise my game to the next level."

Stepping up to the Formula One grid, Nicholas Latifi said: “It has been a lifelong dream to get to Formula One and it is the start of a new chapter in my life. Over the winter, I have ramped up my training regime to make certain I am in the best possible shape. Alongside my training program, I have worked very hard with the team to help develop the FW43 and I am really excited to get out on track and for the season to start."

Pre-season testing concludes on Friday 28 February before the season officially begins at the first race in Melbourne, Australia, on Sunday 15 March.