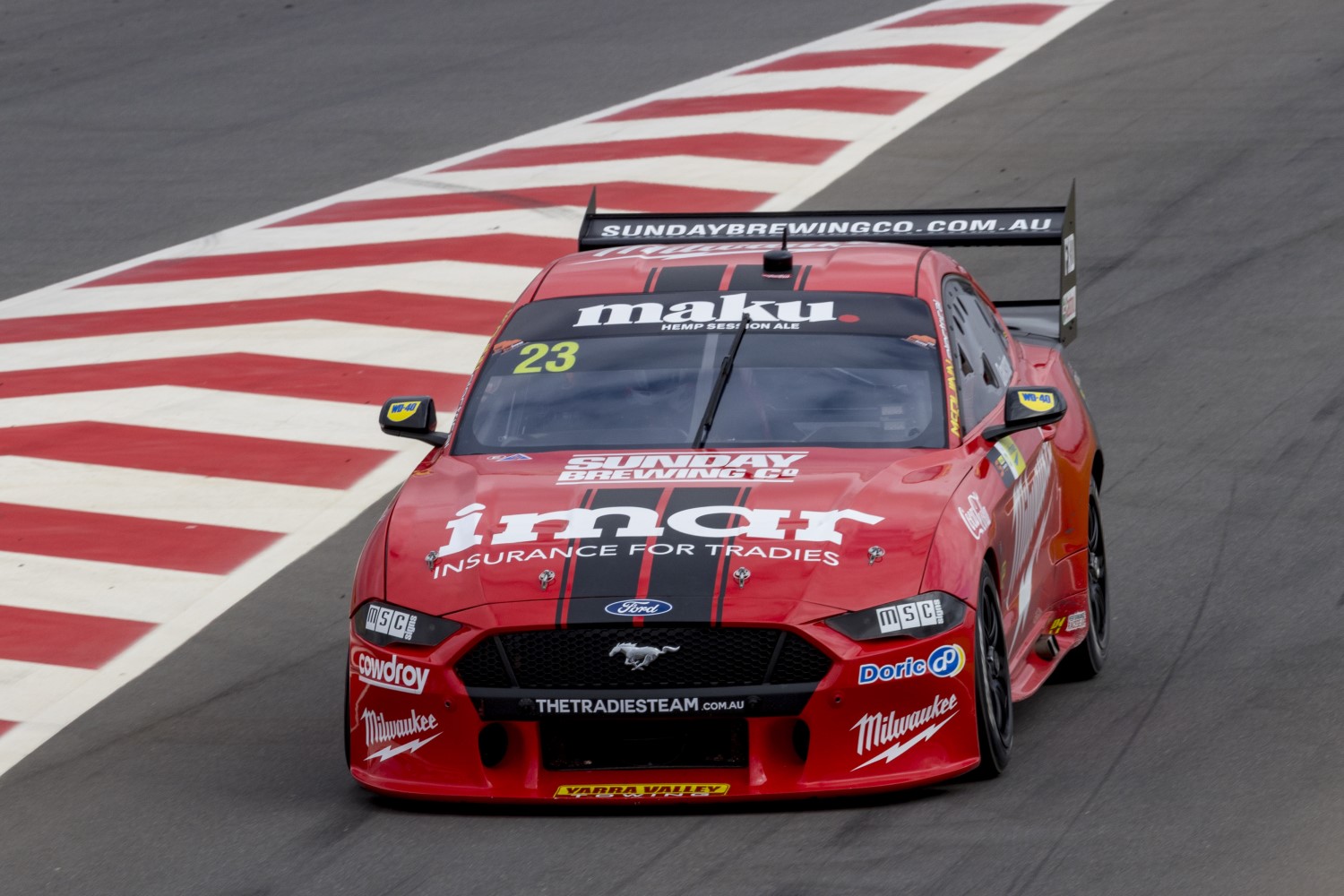 Two-time Bathurst 1000 winner Will Davison has started his third season with Milwaukee Racing in style, setting the fastest time of the BP Ultimate SuperTest.

The 2009 series runner-up climbed to the top of the leaderboard in the seventh hour of testing in windy conditions at The Bend, posting the quickest time of the day in his #23 Mustang.

The duo were a fraction more than a tenth quicker than nearest rival Andre Heimgartner who had his first outing in the brand new Kelly Racing Mustang.

The Victorian squad had worked around the clock to get its two Mustangs out to The Bend in time for the pre-season test, as its 16-week Nissan to Ford conversion project came to a head.

Two-time defending Supercars Champion Scott McLaughlin was eighth in his first hitout in a Supercars since his scintillating trials in IndyCars in the US recently.

Jamie Whincup (13th) and Fabian Coulthard (20th) ended up perhaps lower than expected, although like McLaughlin their times were considered unrepresentative given their strong individual sectors.

Team Sydney duo James Courtney and Chris Pither were split by less than a tenth in 22nd and 23rd, with Bryce Fullwood at the bottom of the timesheets.

Focus now switches to the inner-city Superloop Adelaide 500, with Practice 1 on Thursday kicking off the season proper.