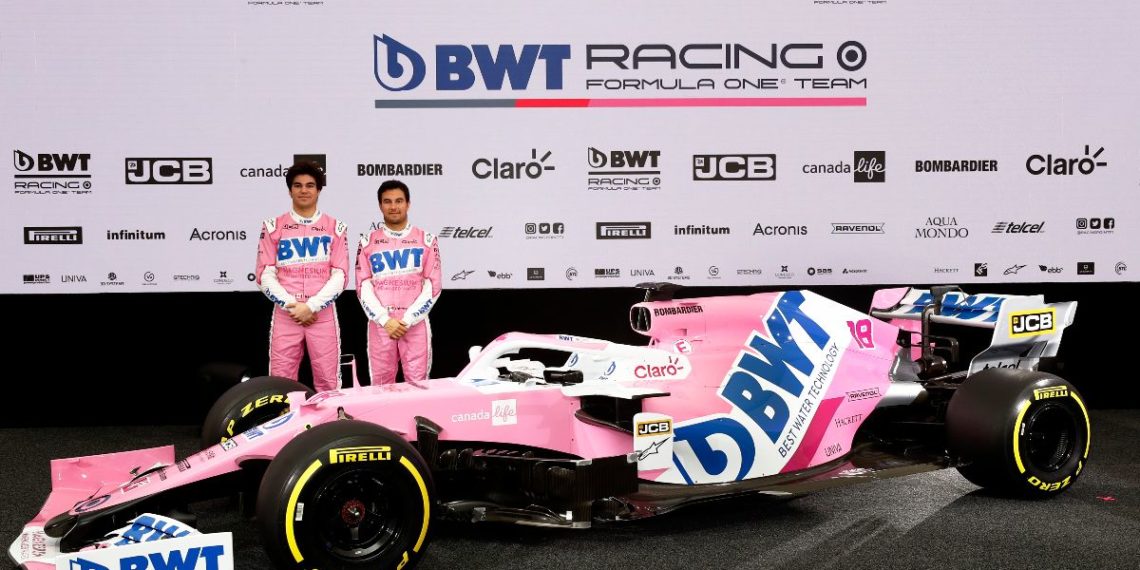 (GMM) Racing Point may need to drop its pink livery ahead of the team's 2021 rebranding as Aston Martin.

When the Silverstone based team's pink livery for 2020 was unveiled on Monday, it was clear that last year's title sponsor Sportpesa had been dropped.

We reported last year that the Kenyan sports betting platform had its operating license suspended by the government.

"We are still in talks about a reduced role (at the team) for them," team boss Otmar Szafnauer told Auto Motor und Sport on Monday.

Stepping into the title sponsorship is BWT, an Austrian water company whose backing had seen the cars painted pink since 2017.

"Our investment as a percentage of the Racing Point budget has been increased," confirmed BWT CEO Andreas Weissenbacher, according to Speed Week.

It is believed the value of the BWT deal is now about EUR 30 million a year. Weissenbacher admitted that he had known "for a long time" that the Sportpesa deal would end.

But the increased BWT sponsorship could affect Aston Martin's reported plans to see the cars race in the carmaker's traditional British racing green from 2021.

Szafnauer, however, is not saying whether the BWT deal would affect those plans.

Auto Motor und Sport says Racing Point's budget has actually increased to about $140 million for 2020, while the staff numbers have grown from 405 to 465. By summer, the team could crack the 500 staff mark.

"We are still the smallest and most efficient team," Szafnauer insists.

Meanwhile, Sergio Perez revealed that he stayed in Mexico throughout the off-season to have nose surgery "to finally get rid of my chronic sinus infections".

"I called the engineers every two days, so I'm fully aware of what's going on," the Mexican added.