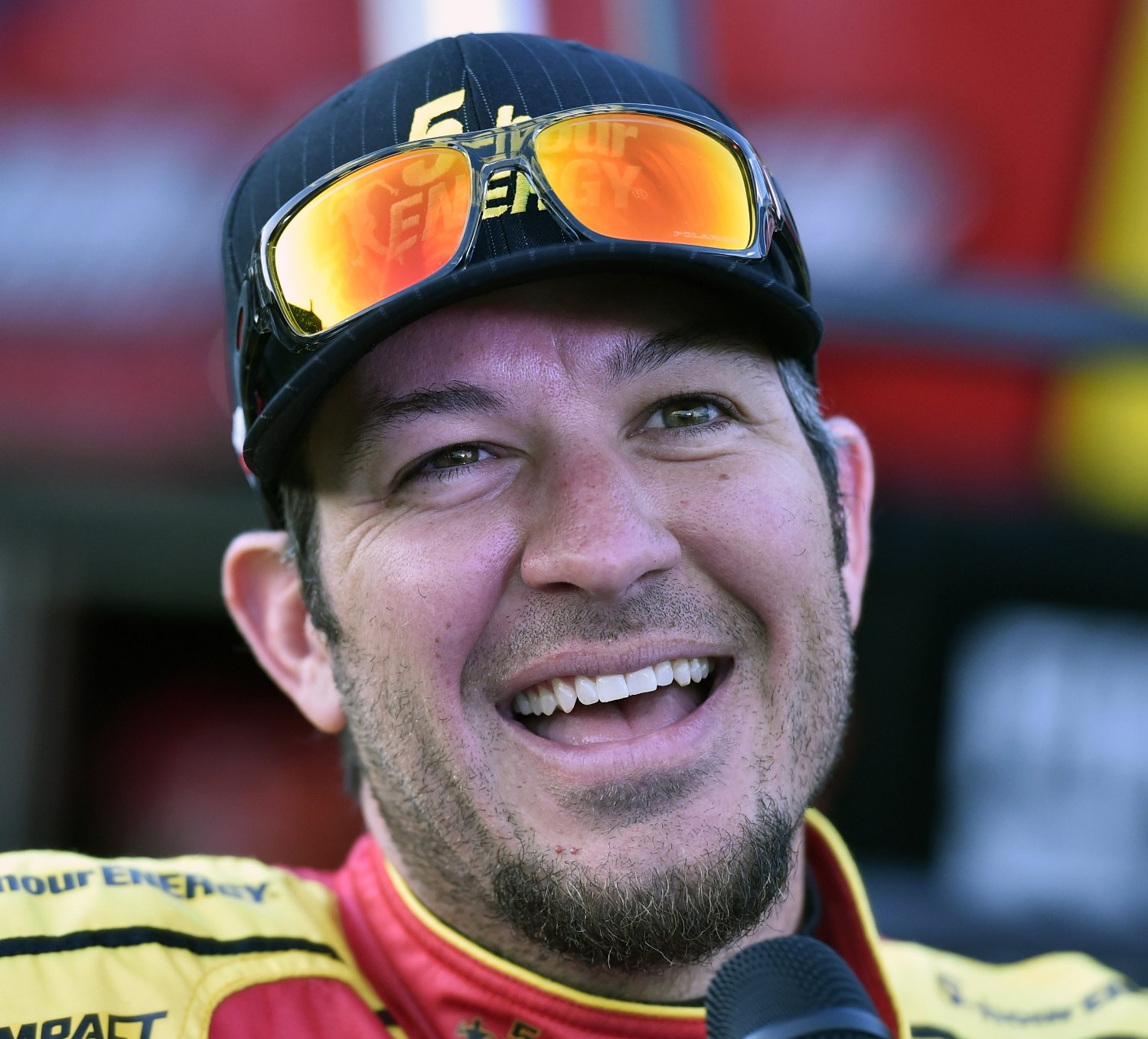 It was the first pole of the season for Truex, who had qualified second five times. It was also his 13th career pole.

“Not the way we wanted to get our first pole of the year," said Truex. “But looking forward to starting front and having a good pit selection."

Truex, driving the No 78 WIX Filters Toyota Camry, got progressively better during the three rounds of qualifying. He was 20th fastest after the first round and fourth after the second. In the pole-shootout round his lap time/speed on the 1-mile flat track was 28.621 seconds at 133.077 mph on 1-mile flat track.

“I am excited about the weekend with WIX Filter as the primary on the 78," said Truex. “Hopefully we’ll get them a good run on Sunday and see if we can go get some more points."

Seven-time Monster Energy NASCAR Cup Series champion, Jimmie Johnson, led the way for Team Chevy in qualifying at New Hampshire Motor Speedway placing his No. 48 Lowe’s Chevy SS on the outside pole for Sunday’s Overton’s 301. Johnson posted a lap of 28.705 seconds/132.688 mph around the 1-mile track. A three-time winner at NHMS, Johnson will make his best start of the 2017 when he takes the green flag from the second starting spot.

Chip Ganassi Racing’s Jamie McMurray, placed his No. 1 GearWrench Chevrolet SS fourth for the start of the 301-lap/ 318.46-mile race.

Kasey Kahne earned his third top-10 starting slot of the season, with a fifth-place effort in the No. 5 Farmers Insurance Chevrolet SS. Chase Elliott, No. 24 NAPA Chevy SS, rounded out the Chevrolet power qualifying in the top 12 earning the 11th starting position.

[adinserter name="GOOGLE AD"]Matt Kenseth (Toyota) will start third to round out the top five qualifiers.

NASCAR disallowed Kyle Larson’s initial pole-winning time in the official qualifying results, and the driver of the No. 42 Target Chevrolet SS will start from the rear of the 39-car field. All other drivers have now moved up one position, respectively, in the starting order.

The Overton’s 301 is scheduled to begin on Sunday, July 16 at 3:00 pm, ET. Live coverage can be found on NBC Sports Network, PRN and Sirius XM NASCAR Radio Channel 90.

CAN YOU WALK US THROUGH YOUR THREE STRONG ROUNDS OF QUALIFYING TODAY? â€¨“We were really good in race trim, I thought, and then we went into qualifying trim which was even better. I was able in practice to run about two and half tenths faster than most people and then the No. 78 (Martin Truex, Jr.) went faster at the end of practice. Still, I think like over a tenth slower than I was. Pretty much the same thing in qualifying, I was able to be a lot faster than everybody. They kind of closed the gap each round and then the final round, I was really nervous about the No. 78 because he had only run one lap each of the first two rounds. So, I figured he would be really good in the third round. Didn’t run the best first lap that I wanted to, but was able to recover and run a good second lap in the final round and have enough to hold him off. Cool to get the pole and hopefully have a good race on Sunday."

WHO IS YOUR ACTING CREW CHIEF AND HOW WERE YOU ABLE TO GET SUCH A QUICK RAPPORT AND GET THIS CAR IN THIS KIND OF SHAPE?â€¨“Yeah, Tony Lunders is the crew chief for the next few weeks, but we have also all of our engineers and stuff that are helping out. So, it’s kind of a big team effort right now. Really cool to get the pole in our first race back after the penalty."

WHAT ARE SOME AREAS THAT YOU CAN SEE FOR IMPROVEMENT THIS WEEKEND? â€¨“It will be interesting once we get back into race trim practice tomorrow and also there is the VHT or PJ1 that is on the track and that will go through a lot of changes throughout the weekend. Trying to stay on top of that and find the right balance with the track conditions changing will be important. I’m excited for the little bit of practice I get tomorrow because of our penalties, but we will see how it goes."

IS THERE ANYTHING MORE YOU WANT TO SAY ON WHAT THEY FOUND WEDNESDAY IN TERMS OF THE PENALTY? â€¨“I honestly, everybody should probably know by now, I know nothing about race cars, so I don’t honestly know what it was that got us in trouble. Yeah, it was a big penalty, so it must have been something important in their eyes. We will continue to move past it and obviously a really good start to that. It would be neat to get a win and be really good for our organization."

DO YOU FEEL LIKE WHEN THERE IS THE PJ1 ON THE TRACK AND THE TRACK CONDITIONS ARE CHANGING A LOT DOES THAT BENEFIT YOU? â€¨“Yeah, I definitely think it helps for sure. I’m not one that is afraid to move around and find different lanes and little things to do differently. But, I think as the PJ1 wears out it will probably just kind of slowly go back to normal Loudon. I feel like the color change has lightened up and lost a little bit of grip as the day has gone on already. I’m sure they will look at it after the Xfinity race tomorrow with all the laps that are run and reevaluate if they need to put anymore down or in different areas or what. So far, I think it’s been good. It’s cool that we are running a full lane and maybe lane and a half up higher than we typically do. They even have it on the bottom too, which opens up some options down there. It would be almost interesting, I think, if they could go even higher with it in the corners and just kind of open the groove up even more. But, we will see. I think it’s been a huge improvement already. We will see how the race goes."

INAUDIBLE: â€¨“Yeah, I haven’t really honestly been out of it. The first couple of laps of Cup practice I was, but I moved up and was good."

DO YOU FEEL LIKE YOU ARE IN THE ZONE RIGHT NOW? IS THAT THE FIRST TIME YOU HAVE FELT THAT IN YOUR NASCAR CAREER? â€¨“Well, I think there is a lot that goes into it other than just me being in the zone. I feel like our whole race team and race shop is kind of in the zone right now. Especially, the No. 42 team, I feel like we are just clicking really well and you know I feel like we get better every single run we make on the race track throughout practice and if we get off in the race we know where to go to get back headed in the right direction as far as balance and stuff. And in all the types of racing I’ve been doing this year, it seems like everything is just kind of going my way. In the past, I think you look at my NASCAR career, I’ve had other than Truex, probably the worst luck. So, it seems like this year each of us have had really good luck and also fast race cars and race teams to go along with it. It’s just a combination of a lot of things for our team to be running up front. It’s just really cool. Definitely, trying to soak it all in and enjoy it, because it’s not very often that you can be this dominant in such a tough sport. Just got to keep working hard at it."

DID THE MODIFIED RUBBER PLAY ANY ROLE DURING TODAY’S TIME ON TRACK FOR YOU?

“I don’t even really remember how the track schedule went, but I think we were probably on track right after them early in the day. We waited a few minutes to go out and I thought the track was kind of slick, which typically I feel like it’s usually slick. But, it got better and then in Xfinity, because I’m doing double-duty, after their race I thought I had more grip. So, kind of got confused a little bit, but I don’t know. I don’t really feel like the modified rubber does a ton to the race track, but maybe it will be more of an effect now that we are actually racing in the same groove that they race in."

DO YOU HAVE MUCH OF A RAPPORT WITH TONY LUNDERS? â€¨“Well, I was more talking about all season long. Not here in general, but every race track, I feel like throughout practice we make improvements all throughout the day. Today, Friday’s are typically kind of hard to judge off of because the track goes through a lot of changes and all that. We will see how tomorrow goes. I think once you get into race trim stuff it becomes more difficult. Especially here because I feel like I struggle at this place. We will see. We have really smart people at our race shop and on our team. Even though we don’t have Chad (Johnston, crew chief) here I’m 100 percent confident that we can run just as good as we always do."

BIG WEEK FOR ELDORA AND DIRT RACING COMING UP. TO YOU WHAT DOES IT MEAN TO SEE DIRT RACERS GET AN OPPORTUNITY TO RUN ONE OF THE BIGGEST RACES OF THE YEAR? â€¨“Yeah, that is probably the coolest part about that race. Not that it’s on dirt, which is cool, but that you get a lot of unknown drivers or drivers that I would know because I follow dirt track racing, but your fans that are sitting up in the stands from New England that have no idea what dirt racing is get to kind of get a sense of all these other drivers that have a lot of talent. Bobby Pearce has been amazing to watch the last couple of years and Chris Windom is racing this year. So, I’m good friends with him and really excited to see how he runs because he is one of the best dirt racers there is. Should be interesting, I don’t get to race it this year, which is disappointing. I’ve got a test at Darlington next week, but I’m excited to sit at home and grill out or Kaitlyn (Sweet, girlfriend) grill out for me and watch the race."