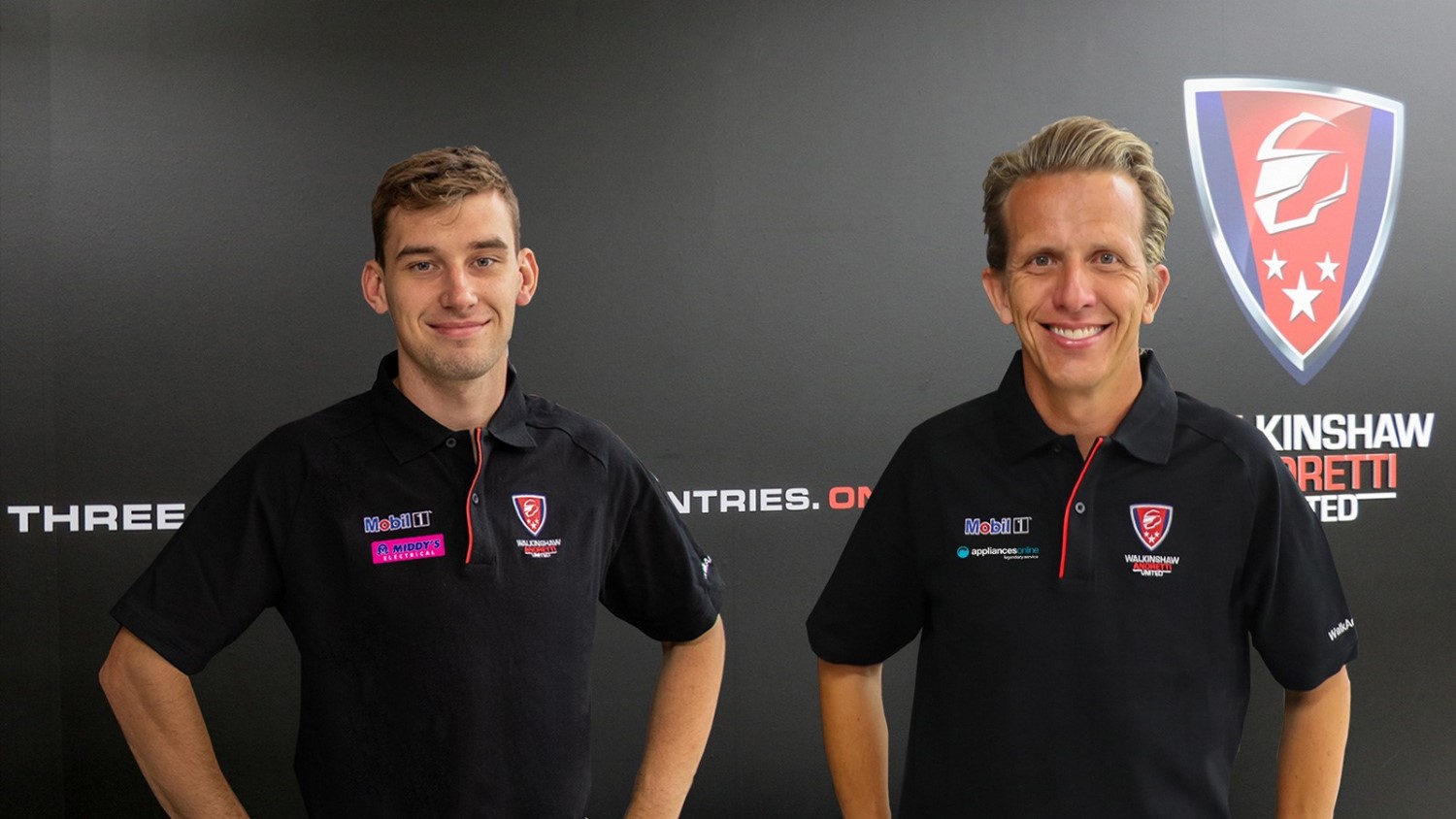 Walkinshaw Andretti United has today announced that Warren Luff and Kurt Kostecki will drive for the Team in the 2020 PIRTEK Enduro Cup.

2020 marks Luff’s seventh year with the team, and first with Mostert. His time has included a PIRTEK Enduro Cup win, and back-to-back Bathurst 1000 podiums.

Kostecki, 21, joins the family for 2020, alongside former Super2 sparring partner Fullwood. Kostecki finished runner up to Fullwood in the championship in 2019.

He made his Supercars series debut in 2016 as a sub for the injured Lee Holdsworth at Team 18, and added to his start tally with two wildcard starts in 2018 in the family run team, Kostecki Brothers Racing.

2020 marks his first full Endurance campaign, while he will continue to race in the Dunlop Super2 Series.

Both Luff and Kostecki will join their respective main-game drivers at tomorrow’s SuperTest at The Bend Motorsport Park.

“It’s fantastic to be back with the team, alongside a new teammate in Chaz.

“There’s no doubt he is one of the top-talents in the series, so I can’t wait to line up alongside him and see what we can achieve together.

“On the team front, we made some real ground towards the end of last year, so I’m confident that will continue in the early parts of 2020, and we can roll into the enduro season in a really strong position, fighting for trophies.

“I just can’t wait to get behind the wheel tomorrow and have a go!"

“It’s a huge privilege to be joining Walkinshaw Andretti United this year for the endurance season, the team has already made me feel really welcome and I’m looking forward to sampling their car at the pre-season test day.

“Bryce and I have been racing together for as long as we can remember so to be teaming up with him this year is very exciting and we will be pushing as hard as we can to run up the front."

“It’s really exciting to have Warren back with us in 2020, but to also welcome Kurt to our family.

“Luffy has done such an incredible job over the last seven years, and we can’t wait to see him team up with Chaz.

“Kurt is a great up and coming young driver, paired with Bryce, they are going to be a combination to watch.

“It’ll be great to give them a few laps tomorrow, which are always important throughout the year."

“Luffy is an outstanding talent, and has done a faultless job in his time year, so we welcome him back with open arms.

“Having two young guns, who finished one-two in the Super2 Series is going to be exciting to watch. Kurt has been nothing but impressive in our dealings with him, and we can’t wait to watch the next chapter of his career unfold.

“While we all can’t wait for Adelaide, it’s nice to be able to have the confidence in our Enduro pairings, and the job all four drivers are going to do at The Bend, Bathurst and the Gold Coast."