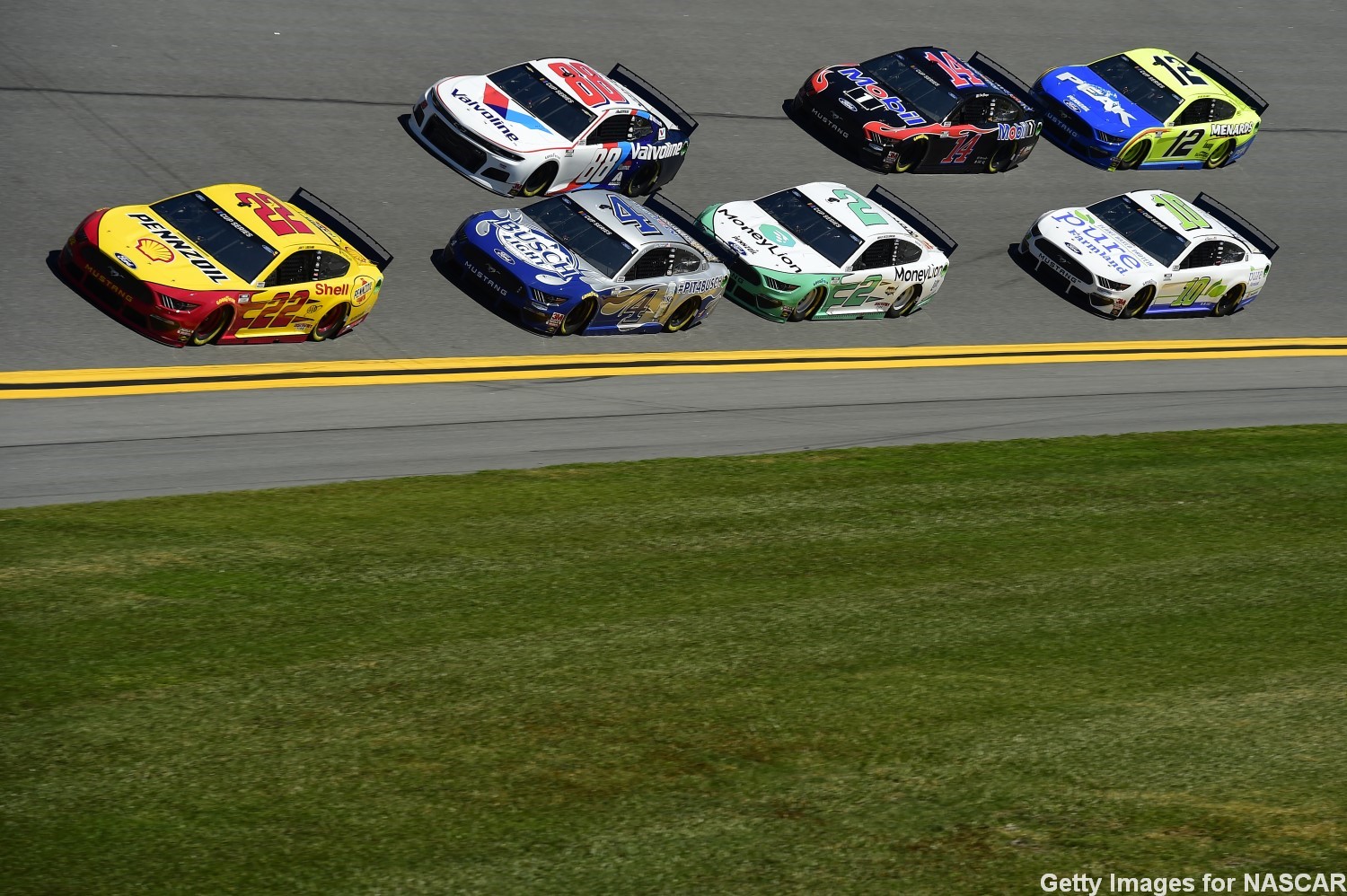 Joey Logano led final practice in the NASCAR Cup Series on Saturday at Daytona International Speedway. Logano, the 2015 Daytona 500 winner, wheeled his No. 22 Team Penske Ford around the 2.5-mile superspeedway at a top speed of 200.517 mph.

Logano was the fastest of eight Fords at the top of the speed chart with Kevin Harvick, in the No. 4 Stewart-Haas Racing Ford, coming in second at 200.512 mph. Brad Keselowski was third in the No. 2 Team Penske Ford at 200.499 mph.

Clint Bowyer, in the No. 14 SHR Ford, and Cole Custer, in the No. 41 SHR Ford, rounded out to the top five. Other Fords among that top group included Aric Almirola, David Ragan and Michael McDowell.

The Toyota group opted to bypass final practice as all of those manufacturer’s cars stayed in the garage.