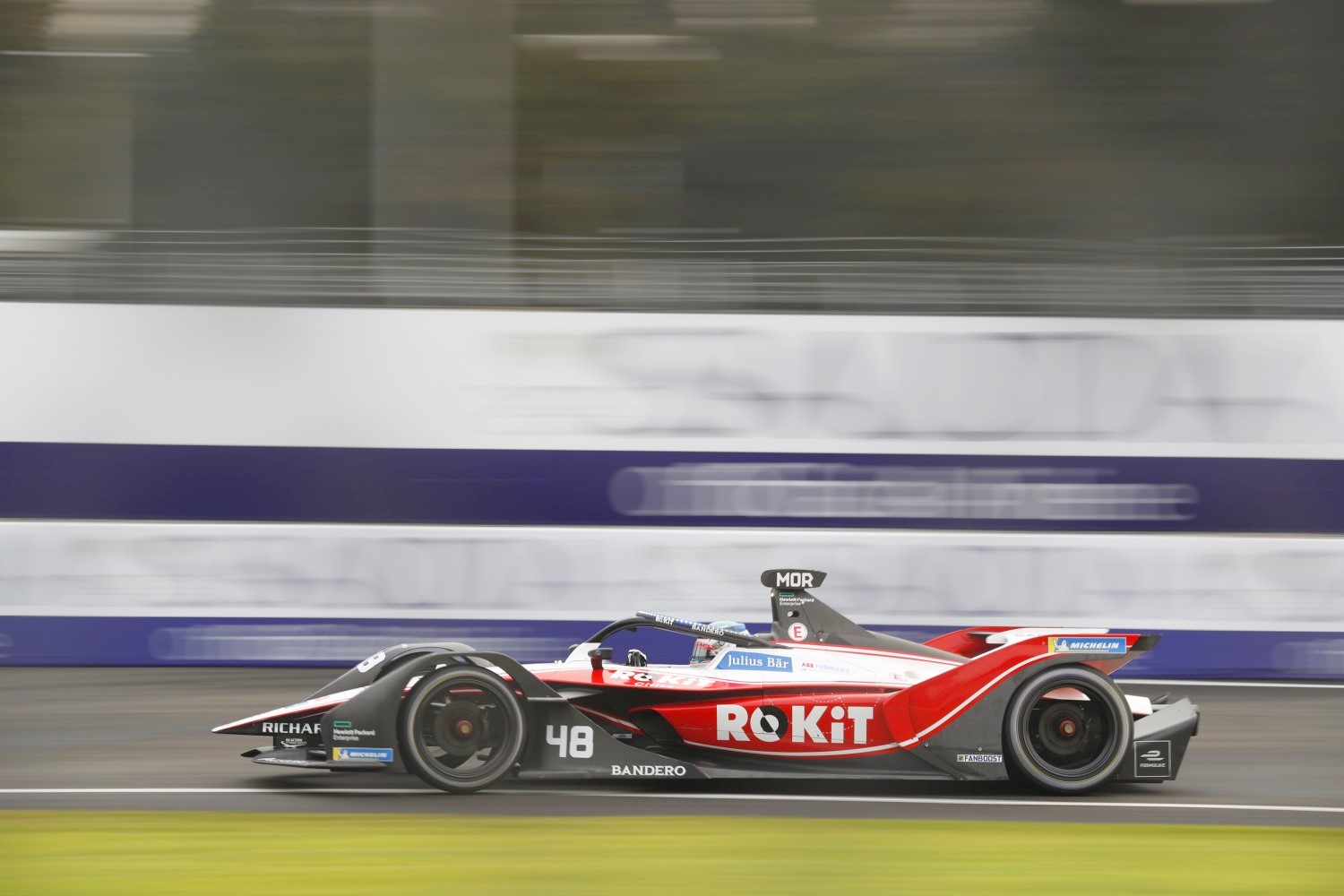 After rain soaked the Autodromo Hermanos Rodriguez late last night, it was Venturi Rokit's Edoardo Mortara who set the pace on a damp track with a 1:09.273 time while Audi Sport Abt Schaeffler's Daniel Abt ,et with the barrier, bringing the session to a close early.

Behind Mortara were both Mahindra Racing drivers Pascal Wehrlein (1:09.620s) and Jerome D'Ambrosio (1:10.087s). Despite the early pace, both drivers face a 40-place grid penalty for changing the gearbox in their cars.

Mahindra's woes look set to continue after Wehrlein's legendary defeat just meters from the finish line in Mexico City last year. 23 cars and drivers finished the session within a second of each other, with NIO 333's Ma Qinghua being the only exception.

With colder temperatures making it harder to find the breaking point, drivers struggled through Turn 1 coming off the start/finish straight. Getting to grips with the new, longer track layout, the pack used the first session of the day to familiarize themselves with the circuit and prepare the car ahead of Qualifying.

With 11 minutes of the session left, Audi Sport Abt Schaeffler's Daniel Abt ended up in the wall, bringing the Red Flag out and the session to an early end. The German's car sustained heavy damage to the front and the team now have the task of getting Abt back out on track for Practice 2 at 10:00am (local time).