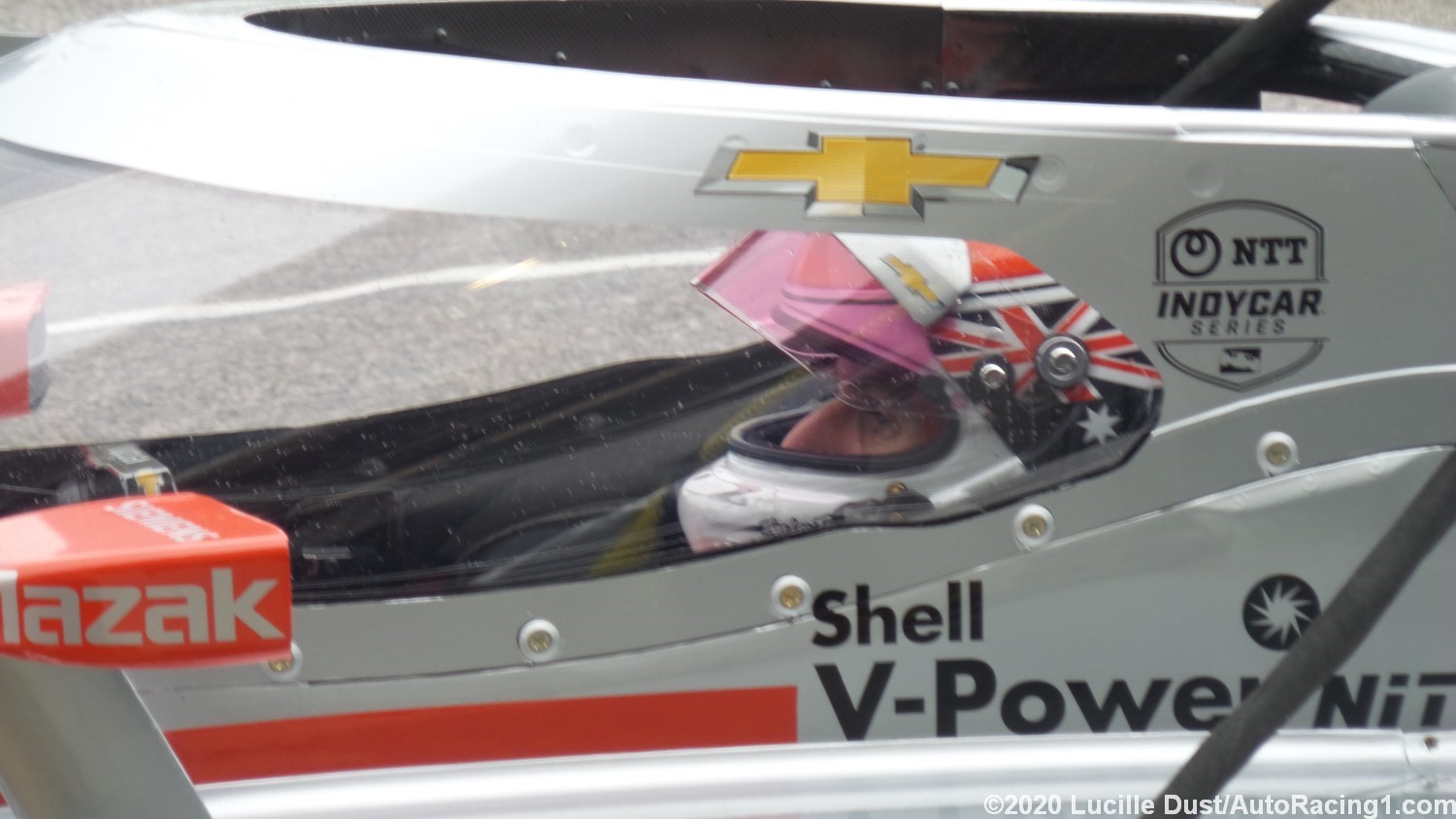 02/12/20 3rd UPDATE The temperature at Circuit of the Americas is starting to get better for testing. The session has been on hold because of the weather. It has been announced that the session will be restarted at 11:50 am local time. There will no longer be a break from Noon to 12:30 pm local time.

02/12/20 The weather is not warming up yet. The drivers were given 15 minutes at 10 am for installation laps that were run under a full course yellow. IndyCar has now delayed testing until 11 am local time.

02/12/20 The test session for today has been delayed until 10 am CDT due to weather. The rain has stopped falling but temperatures are still in the mid 40s. The teams are getting the black Firestone tires ready for when the session does get started.

02/12/20 This morning is starting out like yesterday. Rain is steadily falling with 44 degrees temperatures. The rain is predicted to stop by 9 am and the temperatures to climb into the mid 50s by noon.

Due to the inclement weather on Test Day 1, which limited the track time to 20 minutes, the series has revised the schedule for today. The cars will be on track from 9 am to 6 pm CDT, with a half hour lunch break at noon. Today's session will be closed to the public.

Will Power, driving the number 12 Verizon Chevrolet for Team Penske, gathered some interesting information regarding the new windscreen while following Scott McLaughlin, the Virgin Australia Supercars Champion, during the wet sessions.

"The windscreen is great. No fogging for me. It just clears.", Power commented in the late afternoon press conference. "We already saw areas where the water was getting in. Seems like it needs a lip around the top because water drips in as you drive. Definitely water leaking in the bottom of the screen, up into the inside of the screen. There's some water dripping in on your steering wheel and on your visor and that would be an easy fix. So, yeah, that's sort of the things we were trying to find out."

Patricio O'Ward, driving a full season in the number 5 for Arrow McLaren SP, also had good things to add about the new safety device. "I was pretty impressed with it honestly because as a first try, it was pretty remarkable.. It is an add-on to the car. It's not like it's built into it. It was done very well. I think it was done the best way it could have been done. I think safety-wise obviously it's going to be safer."

"Not that it's such an issue, but we'll definitely feel quite a bit of difference whenever it's hot and humid because it is quite hard to get air into the area we're at to circulate. We have to be going quite a bit faster to really feel anything."

"Usually the sensation when you lift your visor and you're sweating, you would lift it to clear out the sweat or something. It didn't seem to be the case when I tested in Sebring. There's going to be some things we're going to have to work through."