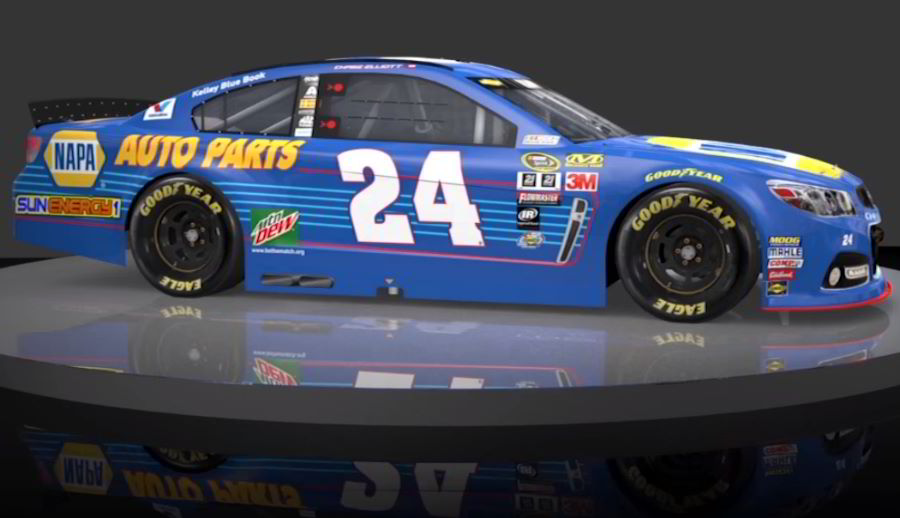 NAPA AUTO PARTS and Hendrick Motorsports will continue their partnership for another two seasons.

NAPA AUTO PARTS made the announcement Tuesday morning and said it will remain a primary sponsor of Chase Elliott and the No. 9 team through 2022.

“NAPA is proud to continue our partnership with Hendrick Motorsports and Chase Elliott, which serves as a key component of our marketing efforts," said Gaylord Spencer, the senior vice president of marketing for NAPA AUTO PARTS. “Motor sports is a natural fit for NAPA, and we are fortunate to be associated with winners like Hendrick Motorsports and Chase Elliott. Our partnership remains strong, and we look forward to continued success in the years to come."

Elliott and NAPA AUTO PARTS teamed up during Elliott's Xfinity Series rookie season in 2014, which saw him earn the Rookie of the Year and Most Popular Driver honors. NAPA remained a sponsor of Elliott's through another Xfinity Series in 2015 and as he transitioned to his first full-time Cup Series season in 2016.

“We’ve had an incredible run with NAPA, and I know we’re just scratching the surface of what’s possible," said Rick Hendrick, the owner of Hendrick Motorsports. “Chase has immense talent, is extremely popular with fans and has proven that he can win races and challenge for championships. There’s no limit to what he, Alan and the No. 9 team can accomplish together. We couldn’t do it without NAPA and look forward to continuing the tremendous relationship with their whole group."

In his first year in the Cup Series, Elliott earned the Rookie of the Year award. Throughout his four-year career at NASCAR's highest level, Elliott also has won six Cup Series races and was named Most Popular Driver for the past two years.

“NAPA constantly shows how committed they are to not only the success of their business but to the success of our team and Hendrick Motorsports as a whole," Elliott said. “I’m so thankful for everything they’ve done for me since 2014. I get the chance to meet NAPA employees across the country throughout the NASCAR season, and to be able to represent all of them week in and week out is truly an honor. We look forward to having them on board for the years ahead."

All Paint Schemes for Hendrick Motorsports for Daytona 500