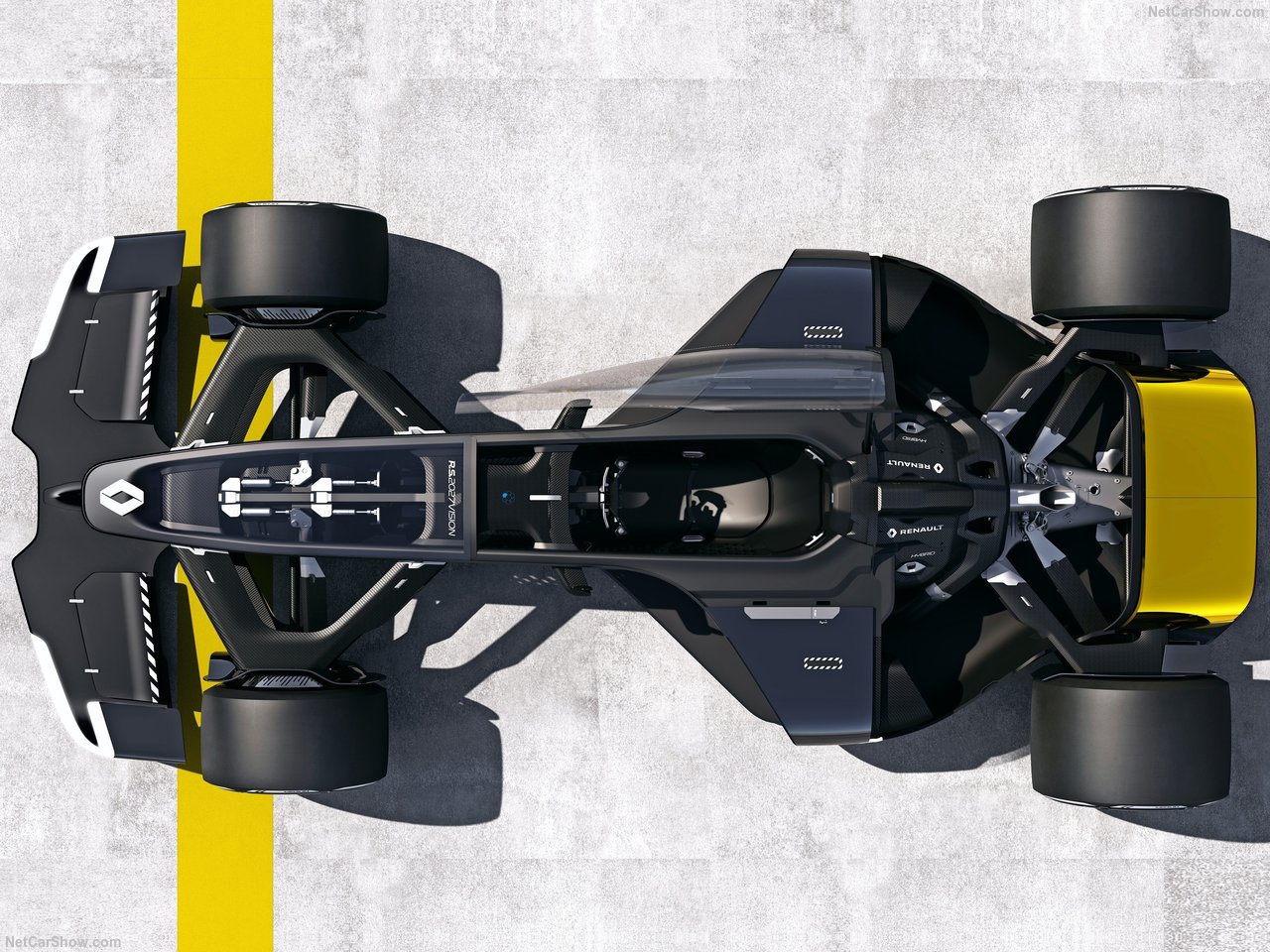 Renault's vision of Formula 1, ten years from now, places people at the center – one of Renault's core values- as a vital cornerstone of F1 experience. Propelled by a high-powered engine, the driver can showcase qualities as a top athlete for the pleasure of fans. More attractive, Formula 1 also becomes safer, to better protect participants, and takes more active responsibility towards the environment.

The year is 2027. At every Grand Prix, the competition is fierce. With a weight / power ratio never before reached in the history of Formula 1 (1 megawatt on the whole for a weight limited to 600 kilos), human performance is at the heart of the sport.

To make Formula 1 more captivating, fans benefit from a closer connection to the driver, whether they are watching trackside or on television.

In terms of design, Formula 1 evolves to become equally appealing to racing enthusiasts while it attracts new fans.

Safety, always one of Groupe Renault's chief objectives, naturally remains a priority in Formula 1 in 2027. Numerous decisions have been taken to make the discipline even safer for all involved, notably the drivers.

Safety is similarly ensured by the ultra-connected nature of these Formula 1 cars – increasingly common features across Renault's passenger car range. These functions exchange information based on what is happening in the race, seamlessly.

These decisions serve to make the cars both safer and cleaner, without detracting from the spirit of single- seater racing.

To put the human factor back on center stage, Renault's vision for Formula 1 in 2027 also covers the technical side. In addition to delivering higher performance, cars have taken advantage of the new electrification technologies to become even more efficient. Consequently, they contribute to making Formula 1 a continued test ground for passenger vehicles while helping the race industry follow a responsible approach to costs.

Maintaining its role as a platform for Renault's advanced technology, Formula 1 in 2027 drives innovation efforts towards higher engine and aerodynamic efficiency.

Many of these innovations enrich Renault's technology know-how, some of which are already available in its current range of passenger vehicles, for example, Renault's MULTI-SENSE system with active damping and the high-energy density batteries of Renault ZOE Z.E. 40.

Renault's vision of Formula 1 in 2027 also advocates for a responsible approach to costs. By capping expenditures, the discipline can attract more manufacturers and teams for a long-term commitment.

A financially level playing field injects an extra element of excitement into the season, granting all teams an equal opportunity to compete.

In response to television audience trends and shifts in broadcasting formats, Renault explores how Formula 1 in 2027 could become a more compelling form of entertainment. So, the format of Grand Prix weekends has been revised to make them more diverse, with exciting new opportunities to promote the drivers: