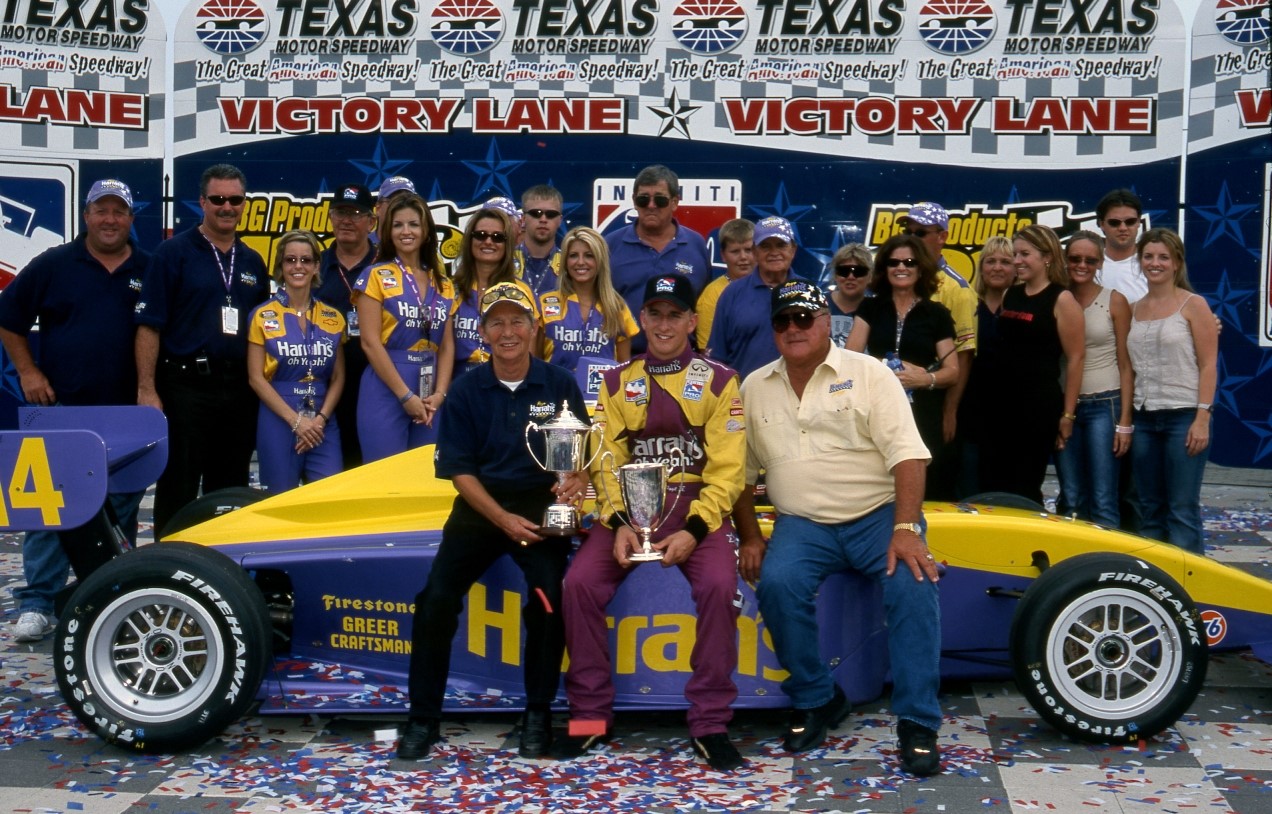 PALMETTO, Fla. – Now in its 32nd season and firmly established as the final stepping stone for drivers who aspire to compete in the Verizon IndyCar Series and the Indianapolis 500, Indy Lights Presented by Cooper Tires will celebrate its 400th race on April 23 at Barber Motorsports Park in Leeds, Ala. The major milestone will occur on Sunday in the second of two races at the challenging, 2.3-mile road course which will comprise the Mazda Indy Lights Grand Prix of Alabama Presented by Cooper Tires.

"It is a great honor to be involved with Indy Lights as organizer/promoter after having fielded a team in the series for a number of years and, prior to that, being a fan of the countless young drivers who took that last important step before moving to IndyCar," said Dan Andersen, Owner and CEO of Andersen Promotions, which took over operation of the series in 2014.

"Today’s Mazda Road to Indy Presented by Cooper Tires carries on the tradition of developing talent for the top, and the legacy of Indy Lights and its highly successful results as a training ground are so important to note as we celebrate another milestone. Indy Lights history was started by others, some very important people in open-wheel racing, and Andersen Promotions is honored to be entrusted with carrying on that legacy."

[adinserter name="GOOGLE AD"]Indy Lights can trace its roots back to 1985 when Robin Herd of March Engineering, then a premier supplier of race cars to a wide variety of series, including Formula 1 and IndyCar, made a business proposal to veteran IndyCar entrant U.E. "Pat" Patrick. Herd suggested that the United States could benefit from a new championship – using American-built engines – to rival the new Formula 3000 category which had been introduced in Europe the previous year (as a replacement for Formula 2).

The American Racing Series was born less than a year later, featuring March Formula 3000 chassis and Buick V-6 engines. The first race was held in support of the IndyCar series on the Phoenix International Raceway oval in Arizona, and was won by New Zealander Steve Millen, driving a car fielded by regular IndyCar entrant TrueSports Racing.

Despite some teething troubles, the ARS continued to slowly grow until 1991 when Firestone signed on as the series sponsor, a new car was introduced from another British manufacturer, Lola, and the name was changed to Firestone Indy Lights. By the late ‘90s, while F3000 in Europe was in decline, Indy Lights blossomed.

"Throughout the years Indy Lights has produced many great IndyCar drivers," said Roger Bailey, who along with Patrick and promoter Ralph Sanchez was involved from the very beginning and remained an integral part of Indy Lights until his retirement in 2007. "In my wildest dreams I never imagined that 30-plus years and 400 races later, the series would still be producing the next-generation IndyCar drivers. It is a great tribute to Dan Andersen and his group that they continue to support this critical rung on the ladder in search of the next Indy 500 champion."

The 100th Indy Lights race, at Cleveland in 1994, was won by former four-time 500cc motorcycle world champion Eddie Lawson, for the Tasman Motorsports Group (coincidentally, as with the TrueSports debut, managed by New Zealander Steve Horne), while the 200th race, at Texas Motor Speedway in 2002, was claimed by AJ Foyt IV driving for his legendary grandfather’s team.

Win No. 300, at Long Beach in 2010, went to Canadian James Hinchcliffe (Team Moore Racing), who, in another coincidence, won the most recent Verizon IndyCar Series race at the very same venue on April 9.

"The fact that Indy Lights has been around for 400 races just speaks volumes for the value of this series," said Hinchcliffe. "So many of its drivers have gone on to IndyCar success, and I bet every single one of them would say Lights was an invaluable step in achieving it. My time in Indy Lights taught me so much and there is no doubt that my career in IndyCar would not be what it is had I not had that experience. Congrats to everyone who has helped make this series what it is over 400 races!"

Another record in Indy Lights history was broken last month when Colton Herta – son of 1993 Indy Lights champion and two-time Indianapolis 500 winning team owner Bryan Herta – claimed victory on the streets of St. Petersburg for Andretti-Steinbrenner Racing to become the youngest ever winner in the series’ long history at age 16.

While 23 of the 33 starters in last year’s 100th Running of the Indianapolis 500 were Indy Lights graduates – including nine Indy Lights champions – that number could grow this year with the recent entry announcements for Zach Veach and Jack Harvey in addition to reigning Indy Lights champion Ed Jones. Indy Lights holds the record for the closest-ever finish at the Speedway when Dean Stoneman edged Jones by just 0.0024 of a second to win the 2016 Freedom 100.

"Mazda hasn’t been with the series for all 400 races, but we treasure the great history that helps make the Indy Lights series and the Mazda Road to Indy what it is today," said John Doonan, Director of Motorsports, Mazda North American Operations. "To see so many Indy Lights champions and graduates go on to success at the very top of our sport is something that doesn’t happen by accident. We look forward to the next 400 races with Andersen Promotions."

Over the years, a total of 493 drivers have been competitors in Indy Lights. Fourteen of the 21 drivers on the current Verizon IndyCar Series grid are Indy Lights graduates and nine of those have won races in both Indy Lights and IndyCar. Six of those 14 drivers are Indy Lights champions.

"To be part of the 400th Indy Lights race is a pretty special place in the history of the IndyCar development series, now known as the Mazda Road to Indy Presented by Cooper Tires," stated Chris Pantani, Director of Motorsports for Cooper Tire. "This milestone is supported by the young drivers aspiring to race in Indy Lights, as well as Indy Lights drivers showcasing and developing their driving skills before graduating to IndyCar. Dan Andersen and his team have kept this integral step alive and we look forward to being part of the next milestone with Indy Lights."