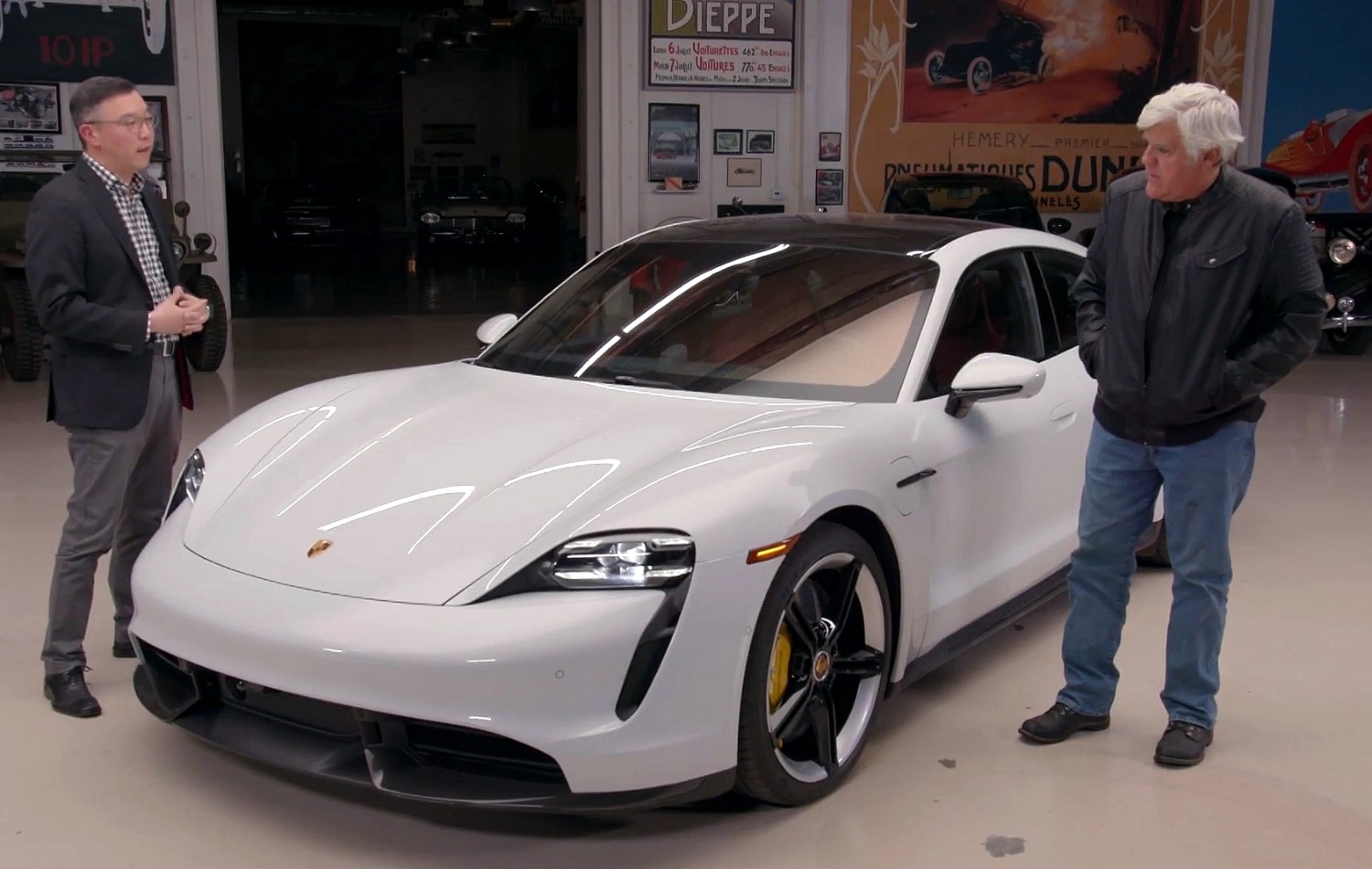 The Porsche Taycan is one of the most anticipated cars of 2020, and after driving it in several locations we can unequivocally say it's good. Very good.

Jay Leno has now spent some time with the car, in this case behind the wheel of the flagship Taycan Turbo S. He comes off as a bit cautious in this episode of "Jay Leno's Garage" but begins to warm up the more he learns about the car, such as why it has a transmission and how it can be charged from 5 to 80 percent in a little over 20 minutes. Porsche's spokesman in the episode also explains to Leno why the car doesn't have a flat floor inside the cabin.