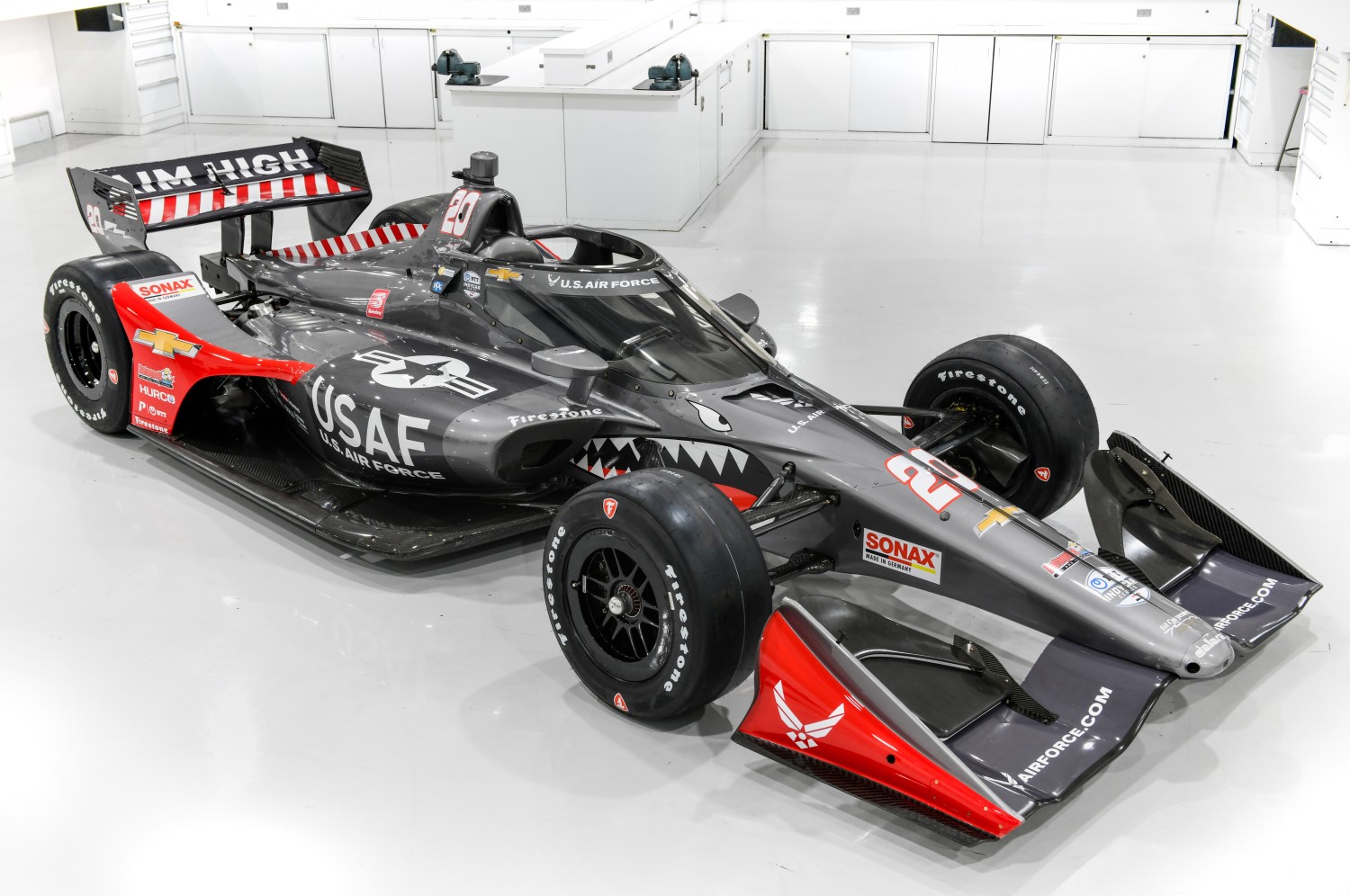 Ed Carpenter Racing and the U.S. Air Force are proud to unveil Conor Daly’s No. 20 U.S. Air Force Chevrolet. While acknowledging the past and looking towards an exciting future, both historical and modern-day U.S. Air Force components were woven together to create the striking 2020 livery.

Similar to Daly’s 2019 livery, the No. 20 U.S. Air Force Chevrolet continues to feature the iconic Tiger Shark teeth war paint often carried into battle by the A-10 Thunderbolt and the P-40 Warhawk. Each location where the bodywork of Daly’s NTT INDYCAR SERIES car comes together is marked with rivet detailing, a tribute to the P-51 Mustang of the 39th Fighter Squadron, 35th Fighter Group, 5th Air Force. The lightning bolt featured on the rear wing end fence is a nod to the Air Force Academy.

Daly and the U.S. Air Force are continuing a partnership that originated three years ago. The Noblesville, Ind. native and Indianapolis-based Ed Carpenter Racing will work alongside the U.S. Air Force to use Indy car racing to inspire young adults, communicate the service’s mission and build awareness about career opportunities. Daly will pilot the No. 20 for the 12 road and street course events in 2020; for the Indianapolis 500, his U.S. Air Force Chevrolet will feature a new number and a special edition livery.

“Last year, we created a pretty iconic signature livery with the tiger shark teeth, famous from the A-10 and the P-40. I’m super pumped to continue that look this year. The car was so eye-catching last year and now we’ve got plenty more races to show it to people!" commented Daly. “Adding the red will only make it stick out more on track. That’s one of the things the U.S. Air Force has excelled at, they came into Indy car racing and made sure people know they’re here. We're going to have an extremely strong program this year and we're going to get some trophies to go with this incredible-looking car!"

Daly will be on-track in the No. 20 U.S. Air Force Chevrolet for first time this week as the NTT INDYCAR SERIES conducts their spring training at Circuit of the Americas in Austin, Texas. Testing will take place on Tuesday, February 11 and Wednesday, February 12. All sessions will be streamed live on INDYCAR.com and the INDYCAR App, available for download at https://www.indycar.com/mobile-app. The 2020 NTT INDYCAR SERIES season will begin March 15 in the streets of St. Petersburg, Fla.