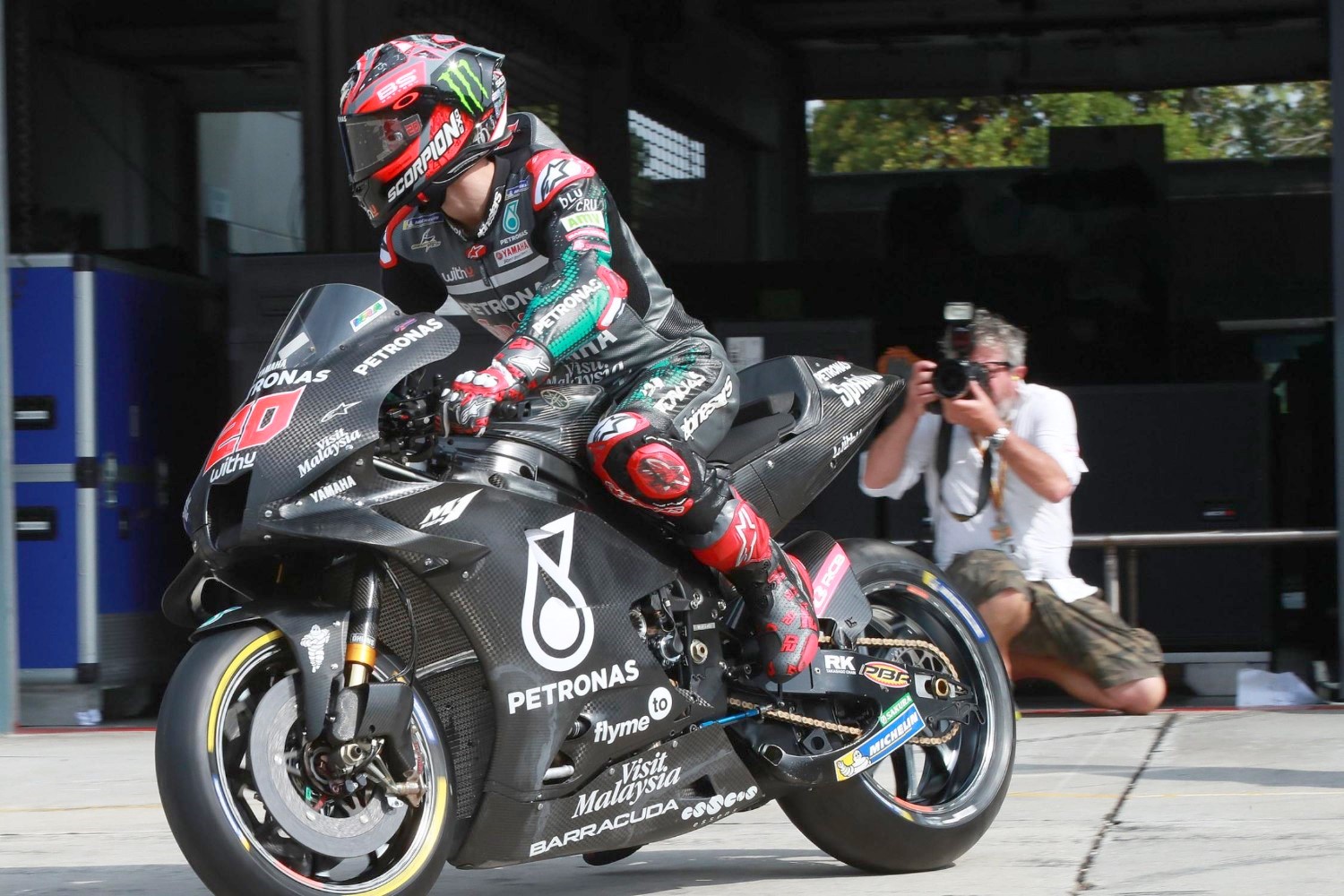 Fabio Quartararo (Petronas Yamaha SRT) was once again the man at the top of the timesheets on Day 2 of the #SepangTest, but this time the Frenchman made his mark on the 2020 factory machine as he got a taste of the new YZR-M1 on Saturday.

The man he deposed was Jack Miller (Pramac Racing), who was once again the fastest Ducati, after the Australian had held on to P1 for some time. Third was another stellar performance that stole some headlines as Dani Pedrosa – erstwhile master of Sepang – put KTM into the top three and only 0.090 off the top; his 1:58.662 most definitely an eyebrow-raiser.

Day 2 saw the weather play nice, with track time uninterrupted and that proving valuable for many – and many putting in a good number more laps on Saturday. Quartararo’s 70 laps were testament to that and followed up a performance on Day 1 that was impressive but, in some ways, could have been expected – with the number 20 already having shown scintillating speed on the 2019 Yamaha.

Getting on the new machine and proving able to put in a 1:58.572 not long after ensured Day 2 was more than a simple rinse and repeat. Teammate Franco Morbidelli was also quick in fifth after 60 laps, 0.259 off the top on an “A-spec" 2020 machine – reportedly without the new engine and air intake. He crashed at Turn 2, rider ok.

Maverick Vinales (Monster Energy Yamaha MotoGP), meanwhile, slotted in right behind the Italian – only 0.062 in further arrears, although he did crash again, just as he did on Day 1. The number 12 did 69 laps as both he and teammate Valentino Rossi continued to work with three machines each, and Rossi was tenth overall after 60 laps. ‘The Doctor’’s best was a 1:59.116. Yamaha test rider Katsuyuki Nakasuga suffered a crash, rider ok.

For Honda, it was a more muted day on the timesheets, but it was reigning Champion Marc Marquez (Repsol Honda Team) who took back the honor of quickest for the factory after Cal Crutchlow’s (LCR Honda Castrol) P4 on Day 1. Marquez was ninth with a best of a 1:59.097 after 47 laps, although he crashed at Turn 3. Rider ok, bike not so much. Crutchlow did 64 laps, with his huge workload continuing as he remains on point for test duty, and a best of 1:59.247 put him in P12.

Alex Marquez was top rookie once again although, as stated, had Binder for close company, and Takaaki Nakagami’s (LCR Honda Idemitsu) comeback continued to prove a challenge. He was P21 after 47 laps.