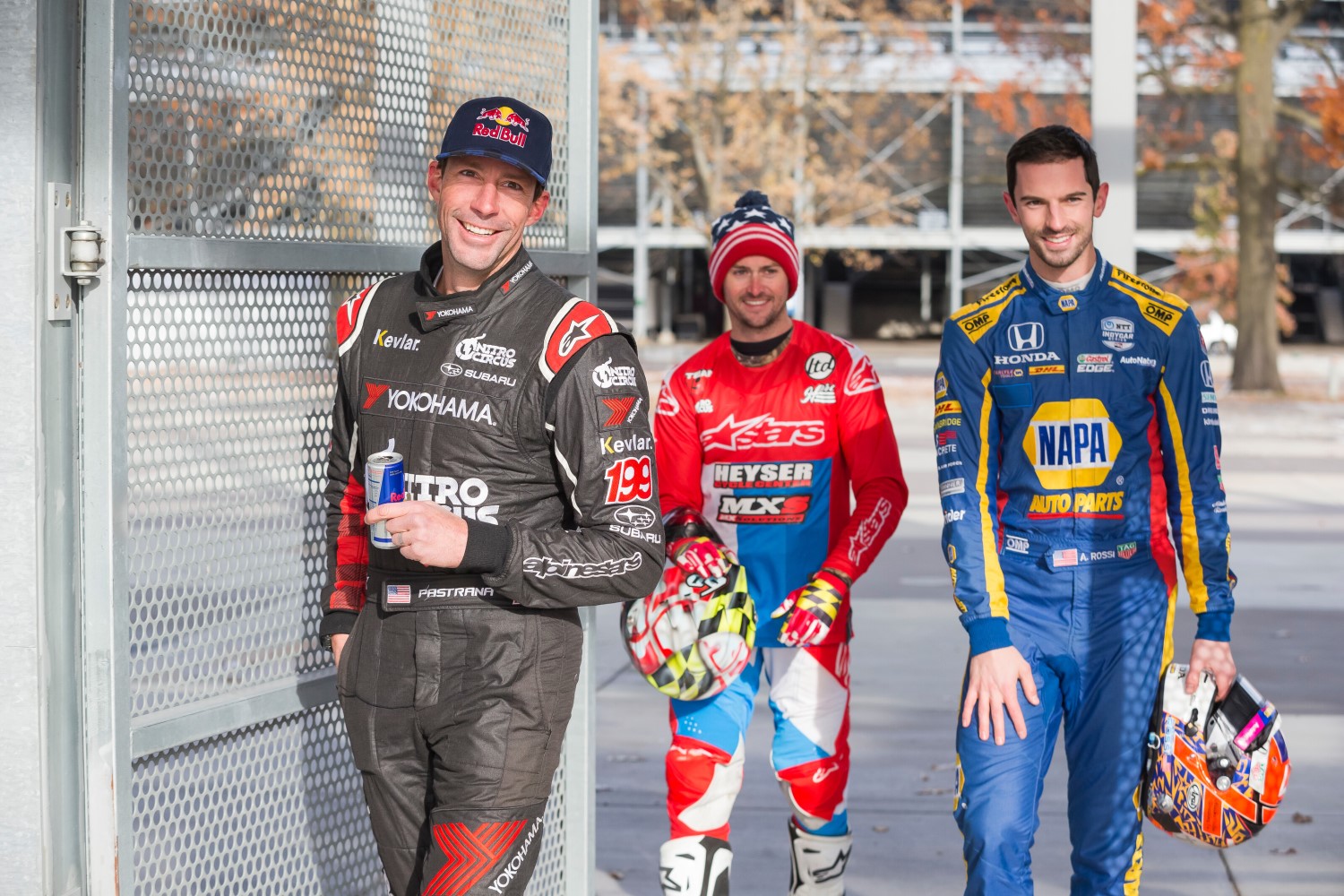 In the video, 2016 Indianapolis 500 presented by Gainbridge winner Rossi, X Games and American motocross and rally legend Pastrana and Nitro Circus freestyle motocross star Duffy contact "their guy" for the keys to IMS so they can play for hours inside the facility on a frigid winter day. The only limit is their imagination.

Once through the gates at the hallowed Racing Capital of the World, the trio lets it rip on snow and ice around the facility, including in some surprising spots! Rossi gets sideways on asphalt in his Andretti Autosport NTT INDYCAR SERIES car, Pastrana drifts on pavement and on The Dirt Track at IMS in his rally car, while Duffy slides and carves his dirt bike through many unexpected locations around the property, including the Brickyard Crossing Golf Course.

Fans won't want to miss the grand finale of the three-minute, 25-second video. The highlight is a massive triple jump, where the three coordinate a feat of Pastrana jumping his rally car over Rossi's Indy car, while Duffy launches high in the air for a backflip over both vehicles.