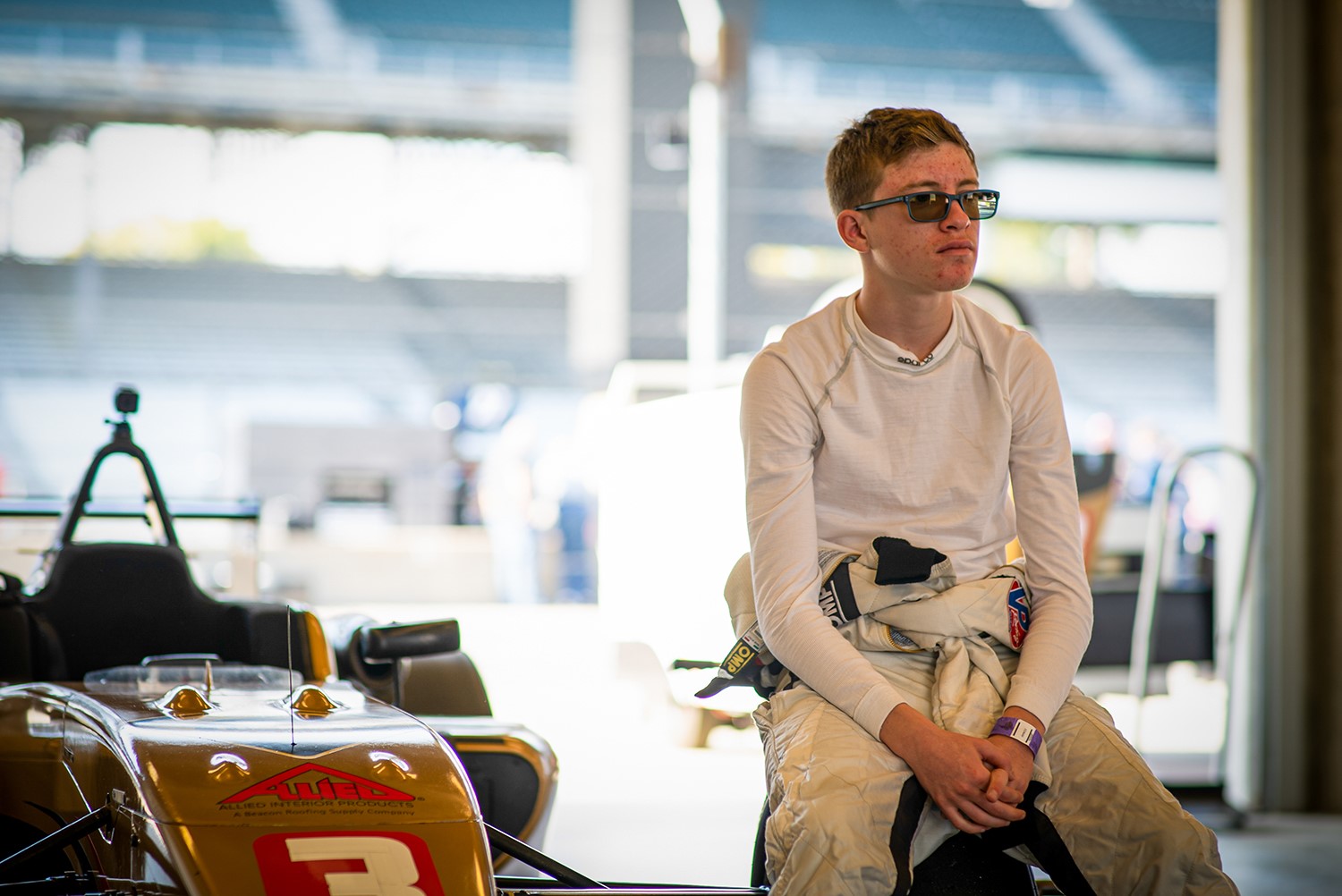 Reigning Cooper Tires USF2000 Championship title winners Cape Motorsports are pleased to confirm their third driver for the 2020 Road to Indy Presented by Cooper Tires. American Reece Gold will return to the team for his sophomore USF2000 season. Gold debuted in the series last year at just 14 years-of-age and he showed poise and patience beyond his years, which bodes well for the new season. With eight top-10 finishes on his record as a rookie, the Miami, Florida student will be aiming for podiums and race wins this year. Gold will pilot the #3 Cape Motorsports Tatuus USF-17.

“We are really happy to have Reece back for a second season after a fantastic first year with us, culminating in a 10th place finish in the 2019 Championship," enthused Nicholas and Dominic Cape. “It’s always nice to meet your goals. We have completed an extensive winter test program with Reece, and his qualifying and race pace have improved immensely, so were expecting big things in 2020 from Reece in the number 3 Ticket Clinic war wagon."

Gold had a solid rookie season in the Cooper Tires USF2000 Championship, completing every single race lap (352 laps in total) to log eight top-10 finishes. Reece finished eighth on three different occasions, with these top finishes coming at St. Petersburg, Road America and WeatherTech Raceway Laguna Seca. Now 15, Gold is primed and ready to take the next step and he’s worked hard in the off-season on his strength and fitness levels. Gold has also continued to hone his skills through testing with Cape Motorsports, in addition to getting some seat time in the FIA NACAM Formula 4 series in Mexico, which resulted in a second-place finish.

“I’m super happy to be back with Cape for 2020," Gold offered. “With the team having just won another championship, I am feeling ready to give it my all this year and try to continue that success. After a lot of learning in my rookie year, I feel that I can fight for wins and podiums this season. Thank you to Cape Motorsports and to my sponsor – The Ticket Clinic – for their continued support."

With the three drivers now locked in for the 2020 season (Gold, Josh Green and Kyle Dupell), and having completed their move to their new shop in Brownsburg, Indiana, Cape Motorsports is getting prepared for the official Spring Training test at Homestead-Miami Speedway on March 7-8 before loading in at the Grand Prix of St. Petersburg on March 13-15.